Setting The Stage For Phase 2 As States Deploy National Guard For Contact Tracing Thu May 14, 2020 10:57 am 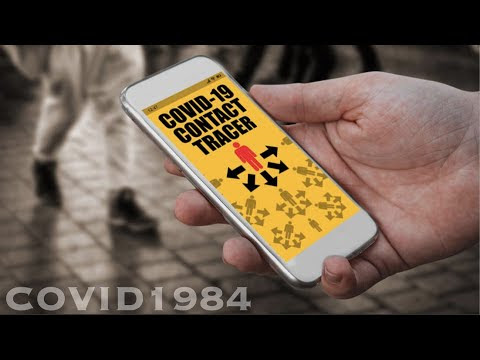 
If you’ve tried to navigate to the FKTV website and you were met with a connection error message, please be patient and try again in 5 minutes.

The website has been under constant DDoS attack since the Declaration of Emergency on March 15th and the site gets knocked offline daily. The server was reconfigured 3 weeks ago to make it come back up in 5 minutes. So if you have an issue, please try again in just a few minutes. The site comes right back up after it’s been knocked down.
***
Legal developments have been so mind-blowing over the past 5 days, it’s like living inside a wind tunnel!
As you know, the DOJ dropped all charges against Gen Michael Flynn last Friday. On the same day, Barack Obama’s personal propagandist and original Russiagater, Michael Isikoff released an audio of a conference call with Obama and former members of his administration, in which he complained about the dismissal of Flynn’s case that, “there is no precedent…for someone who has been charged with perjury just getting off scot-free” and “the rule of law was at risk”.
Except that Flynn was never charged with perjury. Now, however the judge in Flynn’s case appointed a retired judge to look into whether Flynn should be held in criminal contempt for perjury!
About this, former Deputy Assistant Attorney General, Victoria Toensing tweeted, “Let me get this straight…FBI threatened to prosecute his son if he did not plead guilty. Now Judge Sullivan wants him held in contempt for pleading guilty when he was not. Higher court should step in. Or there is no justice system.”
Meanwhile, Acting Director of National Intelligence, Ric Grenell released NSA documents, listing the names of 16 Obama Administration officials who requested to unmask the communications of (i.e., spy on) Gen Flynn between November 8, 2016 and January 31, 2017 – starting just after the presidential election and up to their very last days in office. Among those on the list are Samantha Power, James Clapper, John Brennan, James Comey –  and, yes, Joe Biden, contrary to his claims of ignorance of the matter the previous day on national TV.
This led former Deputy National Security Advisor under Obama, Ben Rhodes to tweet, “The unconfirmed, acting DNI using his position to criminalize routine intelligence work to help re-elect the president and obscureRussian intervention in our democracy would normally be the scandal here…”
[OMG, still at it, with the Russiagating!!!]
Never mind that an acting DNI doesn’t need to be confirmed. Never mind that it isn’t “routine” for an outgoing administration to spy on an incoming administration. Never mind that the rule of law he feigns to care about was tossed out the window when the outgoing President directed his Justice Department and FBI to lay traps to sabotage the incoming President.
That these documents were publicly released suggests that there was no concern about their information tainting a jury pool. This means these people will not be prosecuted in Federal Court. Should they be prosecuted, it will be in military tribunals.
Meanwhile, Democrat governors and mayors continue to crush the livelihoods and health of their constituents, by extending stay-at-home orders unnecessarily. In lock step with Anthony Fauci and Bill Gates, the goalposts of their Agenda 2030 genocidal plan are slyly shifting from “flattening the curve” to “finding the cure”, with Los Angeles Mayor, Eric Garcetti now saying that life won’t return to normal until there is a cure.
On Wednesday. New York Gov. Andrew Cuomo worked to suppress the known cure for coronavirus (and many other viruses) when he issued an executive order banning pharmacists from dispensing chloroquine and hydroxychloroquine unless written as prescribed for an “FDA-approved indication”. Their prescriptions in New York are now banned from experimental or prophylactic use, unless as part of a NY State COVID-19 clinical trial.
Perhaps scariest of all, is Washington Gov Jay Inslee, who has launched an aggressive contact tracing program, declaring that those who refuse to cooperate with contact tracers and/or refuse testing will not be allowed to leave their homes to purchase basic necessities such as groceries and/or prescriptions.
It is going to take pushback from the public to roll back these Unconstitutional hijinks, and that’s what we’re starting to see with Michigan Gov Gretchen Whitmer, who stripped the operating license of 77-year-old barber, Karl Manke after he opened his shop.
Six state troopers entered his shop to deliver a cease and desist order from that state’s attorney general, Dana Nessel. The case was then sent to the Circuit Court, who ruled against the Governor and AG, dismissing the idea that Manke was causing irreparable harm by being open. Circuit Court Judge Matthew Stewart also rejected their claims that Manke had committed at least two misdemeanors, otherwise, they would have had him arrested.
Shiawassee County Sheriff Brian BeGole issued a statement after receiving “many calls” from local residents and businesses on the matter and “especially since the Michigan Legislature did not extend the state of emergency beyond April 30 as required by law…I have decided, within my authority, that our office cannot and will not divert our primary resources and efforts towards enforcement of Governor Whitmer’s executive orders.”
Sheriffs in a few counties of Arizona and California have been doing the same.

On Wednesday, the Wisconsin Supreme Court struck down Gov. Tony Evers’ extension of his stay-at-home order. The ruling reopens the state, lifting caps on the size of gatherings, allowing people to travel as they please and allowing shuttered businesses to reopen, including bars and restaurants.
The court had found that Health secretary Andrea Palm, who issued the order did not have the authority to do so. Chief Justice Patience Roggensack wrote in the majority opinion, “Rule-making exists precisely to ensure that kind of controlling, subjective judgement asserted by one unelected official, Palm, is not imposed in Wisconsin.”
Keep these victories in mind while Spiro Skouras terrifies you in today’s video with what the vaccinators and the contact tracers will do to us if we don’t stop them with similar victories in ALL counties.

» 4 States Call in National Guard to Deal With Health Care Staffing Crisis
» The Last Housing Crash Is Not Even Over But Bernanke Is Already Setting The Stage For The Next One
» Michigan Businesses Face 6 Months in Jail if They Don’t Track ALL Customers for Contact Tracing
» Bill Gates Negotiated $100 Billion Contact Tracing Deal Six Months BEFORE Coronavirus Pandemic
» CNBC:"the world is setting the stage for a global currency reset that's about to take place!"