OUT OF MIND » BREAKING NEWS & HOT TOPICS » PLANDEMICS » Who Are These F**king Guys? – ‘The Days of Our Virus’ 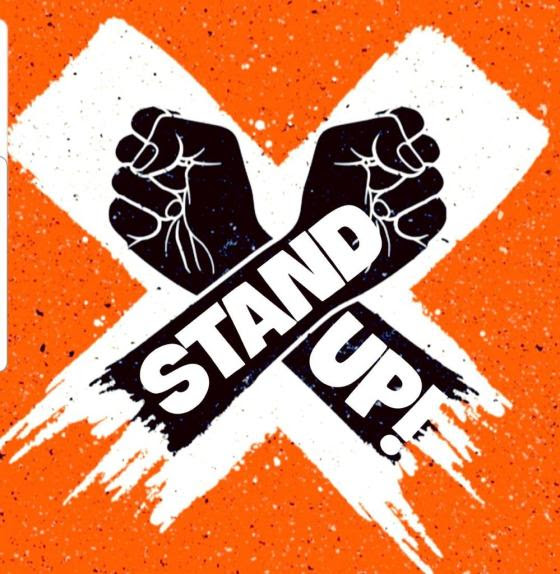 
Strap yourselves in boys and girls, it’s another day ruled by demons who blow toxic shyte up our arse’s and tell us it’s sunshine, and of course, that it’s all to keep us safe.

WA Governor To Residents: COVID-Test-Deniers Will Not Be Allowed To Leave Home To Get Groceries – truepundit.com via zerohedge.com
At his May 12 press conference, Washington State Governor Jay Inslee laid out the plans for the statewide contact tracing initiative.
One reporter asked: “When it comes to contact tracing, how are you guys going to handle people or families who want to refuse to test or to self isolate?
If they want to leave their home to get groceries I know you’ve said they can’t do that; how will you make sure they don’t?“
Below is Jay Inslee’s response: “We will have attached to the families a family support person who will check in with them to see what they need on a daily basis… and help them. If they can’t get a friend to do their grocery shopping, we will help get them groceries in some fashion. If they need pharmaceuticals to be picked up, we will make sure they get their pharmaceuticals… That’s going to help encourage them to maintain their isolation too.
“As far as refusal, it just shouldn’t come to that, and it really hasn’t. We’ve had really good success when we ask people to isolate, and they’ve done so in really high percentages, so we’re happy about that, and we believe that will continue.”
Therefore, those individuals that refuse to cooperate with contact tracers and/or refuse testing will not be allowed to leave their homes to purchase basic necessities such as groceries and/or prescriptions

Tis proper f**kery, Amy.
Is there anything other than fetid rottenness in these ghouls’ minds?  Stupid question.
Who are these f**king guys?  We’re listening to and obeying complete morons, at best, and utter demonic entities at worst.
“Those individuals that refuse to cooperate with contact tracers and/or refuse testing will not be allowed to leave their homes to purchase basic necessities such as groceries and/or prescriptions.”  Let that insanity sink in for a moment. And then let it sink in further if it is you or any of your loved ones whom this dickhead wants to sacrifice.
Stay safe…stay hungry, right?
It should be as obvious as the elephant in the room now, that this scam is not about your health….it’s about controlling you.  Mask wearing to muzzle your voices (along with serious health risks) and make you afraid, social distancing to curtail conversations and keep you afraid, fear-porn every day from the corporate media with the jacked-up numbers of those who have contracted the cornholio and those who have died, not of it, but with it – all to keep you afraid and bowing to these demons f**kery.
But as the gods of shitf**kery always demand more and more sacrifices, their obedient sub-mediocrities come through by dropping Skittles from the heavens, like the following:

$138 Million Government Contract Will Fund Production of 500 Million Pre-Filled COVID-19 Vaccine “Injection Devices” – via endoftheamericandream.com
Just when you thought that things couldn’t get any stranger, two U.S. government agencies have taken things to an entirely new level.  The U.S. Department of Defense and the U.S. Department of Health and Human Services have just put out a press release that is absolutely jaw dropping, but so far hardly anyone is talking about it.  According to the press release, a 138 million dollar contract has been awarded to ApiJect Systems America for two projects known as “Project Jumpstart” and “RAPID USA”.  Apparently the goal of these projects is to have vast numbers of “injection devices” ready to go once a COVID-19 vaccine becomes available.  The following comes directly from the official website of the Department of Defense…
“Today the Department of Defense and the U.S. Department of Health and Human Services, announce a $138 million contract with ApiJect Systems America for “Project Jumpstart” and “RAPID USA,” which together will dramatically expand U.S. production capability for domestically manufactured, medical-grade injection devices starting by October 2020.
Spearheaded by the DOD’s Joint Acquisition Task Force (JATF), in coordination with the HHS Office of the Assistant Secretary for Preparedness and Response, the contract will support “Jumpstart” to create a U.S.-based, high-speed supply chain for prefilled syringes beginning later this year by using well-established Blow-Fill-Seal (BFS) aseptic plastics manufacturing technology, suitable for combatting COVID-19 when a safe and proven vaccine becomes available.
Today, there are about 328 million people living in the United States.  But the press release states that the plan is to produce “over 500 million prefilled syringes” in 2021…

What in the f**k is the Department of Defense doing, spending $138 million on viles of poison to be administered at some point in the future, while citizens haven’t enough food to eat today?
Businesses shuttered, jobs lost, more suicides than cornholio deaths, hospitals laying off nurses and staff, rules and edicts and recommendations that have allowed you to buy whatever boat load of liquor of your choice but won’t allow you to see dying family members in assisted living facilities, or ‘allow’ you to schedule an in-person appointment with the doctor of your choice.
Who are these f**king guys?

Already this year, global deaths by suicide are significantly higher than those attributed to the coronavirus. According to the respected Worldometers running tallies, there have already been 374,225 suicides since the start of 2020, whereas the Wuhan coronavirus has claimed 251,898 lives, Johns Hopkins University reveals. – via breitbart.com

Whether you want to be in the game or not…you’re in it.  What happens from here is entirely up to you whether you’ll continue to listen and obey these f**ks.

“When a person places the proper value on freedom, there is nothing under the sun that he will not do to acquire that freedom. Whenever you hear a man saying he wants freedom, but in the next breath he is going to tell you what he won’t do to get it, or what he doesn’t believe in doing in order to get it, he doesn’t believe in freedom. A man who believes in freedom will do anything under the sun to acquire . . . or preserve his freedom.” — Malcolm X

Before we end this shitposting with some glorious music, let’s check in again with Olive & Mabel – via mrandrewcotter, but try to remember tomorrow when new ‘beatings’ are issued by the government dickheads –  keep it in your mind and ask yourself, who are these f**king guys and why are we bending the knee toward them.
Stand up! Before it’s too late.

***
And while we’re on topic, who in the hell believes that these government f**ks will ‘allow’ music, no matter the genre, to be performed live, less than six feet apart. But in a proper world, who in the f**k will listen to these psychopath’s?
https://dispatchesfromtheasylum.com/2020/05/13/who-are-these-fking-guys-the-days-of-our-virus/?blogsub=confirming#subscribe-blog
Thanks to: https://dispatchesfromtheasylum.com

OUT OF MIND » BREAKING NEWS & HOT TOPICS » PLANDEMICS » Who Are These F**king Guys? – ‘The Days of Our Virus’