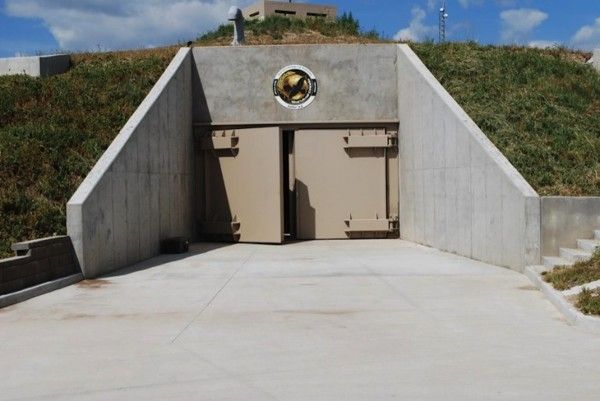 Instead of paying $24,000 for a haircut or spending $120,000 on a banana duct taped to a wall, the world’s super wealthy have found a new commodity to purchase: pandemic bunkers in New Zealand. A number of the planet’s richest people, including billionaire co-founder of Paypal Peter Thiel, have, amidst a growing global pandemic, escaped to the country and bought luxury bunkers designed to withstand even nuclear explosions. LinkedIn CEO Reid Hoffman describes the practice as “apocalypse insurance.”
Isolated in the far “corner” of the Southern Hemisphere, more than 1,000 miles from Australia, the sparsely populated island country has long been a destination of choice for those worried about the potential of a catastrophic event, like a war, nuclear attack, or an uprising. The country’s temperate climate and remarkably stable society make it a particularly safe choice in the event of such an occurrence.
The country has been among the least affected by the deadly coronavirus, logging fewer than 1,500 cases and only 21 deaths. The government of Jacinta Arden initiated extensive lockdown measures even before the pandemic had truly hit her nation, and has been widely praised as one of the most capable responses in the world. Like the U.S., New Zealand is in the process of re-opening, but unlike the U.S., the virus has been almost eliminated. From a high of 146 new cases on March 28, the total number of new infections for the previous week was in single digits. Prime Minister Arden declared the country was already “halfway down Mount Everest” last week. In contrast, there have now been around 1.4 million confirmed positive American cases, with over 80,000 deaths. Although the government of New Zealand has passed laws meant to disincentivize the foreign buying of domestic properties, the practice continues. The new range of luxury private bunkers are dug deep underground in the countryside and are covered with earth, the point being that even neighbors will have no idea that they are there, let alone the general public. Prices tend to start around $2 million and can reach up to $11 million for units that include luxury bathrooms, gun ranges, and swimming pools. All feature large water tanks and air filtration systems intended to block out even the most harmful of radioactive particles. Thiel himself chose instead to buy a bizarre-looking, $4.7 million home replete with a secure panic room. Other Silicon Valley executives are renting luxury condominiums at a fraction of the price they pay in San Francisco, all while working from home.
For those without the budget of the super wealthy, Vivos, an American company, is developing a 5,000 person shelter network on a former military base in South Dakota, with prices starting at $35,000 plus an additional 99-year land lease costing $1,000 per year. Their tagline is “affordable bunkers to survive the apocalypse.” Today, a handful of billionaires who control more wealth than the bottom half of humanity combined could easily fit inside even the smallest of the shelters on offer.

Global inequality continues to rise year on year, to the point where the top one percent now hold significantly more wealth than the bottom 99 percent. Mark Blyth, an economist at Brown University, has long told the world’s super rich that they simply cannot continue holding this level of wealth indefinitely. Referencing the ultra-wealthy area of Long Island, he said, “The Hamptons is not a defensible position. It’s a low-lying beach. Eventually people will come for you.”
It appears that the billionaire class, rather than giving away some of its wealth, is attempting to find a technological fix to this problem. “Obviously the coronavirus is making people realize how vulnerable we all are, but what people are really concerned about is the aftermath,” said Vivos’ founder, “They don’t want to have to defend their homes when the gangs of looters or marauders show up.”
As of Monday, the current worldwide total of confirmed COVID-19 infections stands at 4.22 million, of which 284,834 have died.
Feature photo | Atlas Survival Shelters owner Ron Hubbard shows a shelter made of galvanized corrugated pipe at his plant in Montebello, Calif. Damian Dovarganes | AP
Alan MacLeod is a Staff Writer for MintPress News. After completing his PhD in 2017 he published two books: Bad News From Venezuela: Twenty Years of Fake News and Misreporting and Propaganda in the Information Age: Still Manufacturing Consent. He has also contributed to Fairness and Accuracy in Reporting, The Guardian, Salon, The Grayzone, Jacobin Magazine, Common Dreams the American Herald Tribune and The Canary.