OUT OF MIND » BREAKING NEWS & HOT TOPICS » THE GREAT DIE OFF » PSYCHOTHERAPIST: LOCKDOWN ZEALOTS ARE BEHAVING LIKE CULT MEMBERS

PSYCHOTHERAPIST: LOCKDOWN ZEALOTS ARE BEHAVING LIKE CULT MEMBERS Wed May 20, 2020 8:53 am

They double down on their beliefs despite having been proven wrong. 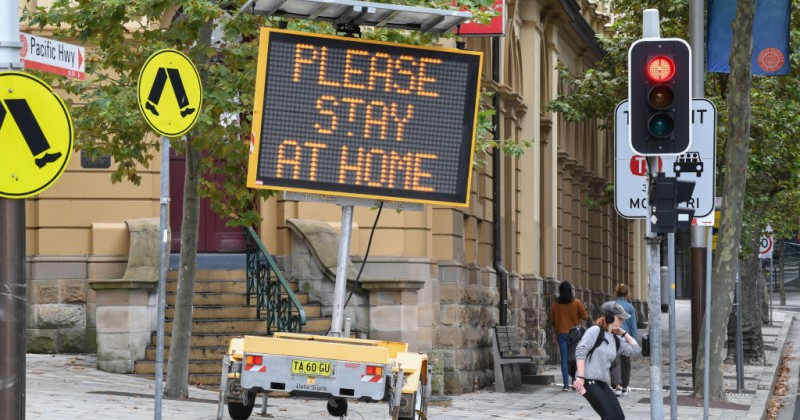 Source: Paul Joseph Watson | Infowars.com
Psychotherapist Dr Hugh Willbourn says lockdown zealots are displaying all the classic signs of cult members by doubling down on their beliefs despite having been proven wrong.
In an article on his website, Willbourn highlights the work of respected social psychologist Leon Festinger, who analyzed the beliefs of a UFO cult in the 1950’s who believed that a flying saucer would rescue them from the apocalypse.
However, after the catastrophic earthquakes and floods they expected to hit the United States never arrived and their beliefs were totally disproved, “the cult members would become not less but more convinced of their beliefs.”

Festinger identified five conditions that needed to be met in order for the cult members to double down on their beliefs and avoid cognitive dissonance.
1. There must be conviction
2. There must be commitment to this conviction
3. The conviction must be amenable to unequivocal disconfirmation
4. Such unequivocal disconfirmation must occur
5. Social support must be available subsequent to the disconfirmation.
“Festinger’s five conditions and the behaviour of the cult believers correspond closely to the situation with Brexit, Climate Change and Covid-19: a prophecy is made, believers invest themselves, their time, money and prestige in it, the prophecy fails and the believers become more fervent,” writes Willbourn.

Report this ad
The doctor notes how terrifying predictions of how many people COVID-19 would kill have fallen massively short and the models that produced these numbers have been thoroughly debunked. Despite warnings that coronavirus would kill 500,000 in the UK alone, the disease has only claimed 318,000 worldwide.
“To put this figure into perspective, the number of people who have died of, or with, Covid-19 in about four and half months is the same as the number who die in five days from cardiovascular disease,” writes Willbourn.
The doctor notes how “experts” are still doubling down anyway, warning of mass death if lockdown is lifted too early and a second wave of infections.
In reality, research suggests that the lockdowns had a minimal impact on infection numbers, and Sweden’s per capita death toll is lower than the UK’s and numerous other countries despite the Scandinavian country having imposed no hard lockdown.
“Don’t expect an apology from our Government, or any other Government, any time soon,” writes Willbourn. “The Festinger effect is far, far more prevalent than a clear-sighted view of reality and the tragedy is all the greater.”
“Is this starting to sound familiar?” asks Toby Young. “As Willbourn points out, the sequence that Festinger wrote about more than 50 years ago is eerily reminiscent of what’s happening today: an apocalyptic prophecy was delivered from on high (“the science”), those who believed it radically altered their behaviour, the prophecy turned out not to be true, but instead of abandoning their doom-mongering the believers have become even more fervent, attacking anyone who points out the gap between fantasy and reality as dangerous heretics (“fake news”, “misinformation”, “conspiracy theories”, etc).”
“The difference, of course, is that Festinger’s UFO cult had a few dozen members, whereas the Covid cult seems to have infected half the world. If Festinger’s right, the bad news is we won’t be able to persuade people to stop social distancing if we prove that the danger posed by COVID-19 has been dramatically overstated. On the contrary, people’s opposition to returning to normal will intensify rather than diminish as the evidence mounts they were wrong.”
Meanwhile, Karens all over the world don’t show any signs of giving up on something that legitimizes their favorite thing in the world; Lecturing other people about their behavior.

Re: PSYCHOTHERAPIST: LOCKDOWN ZEALOTS ARE BEHAVING LIKE CULT MEMBERS Wed May 20, 2020 12:52 pm

OUT OF MIND » BREAKING NEWS & HOT TOPICS » THE GREAT DIE OFF » PSYCHOTHERAPIST: LOCKDOWN ZEALOTS ARE BEHAVING LIKE CULT MEMBERS