Yesterday at 7:57 pm by PurpleSkyz

Yesterday at 2:28 pm by PurpleSkyz 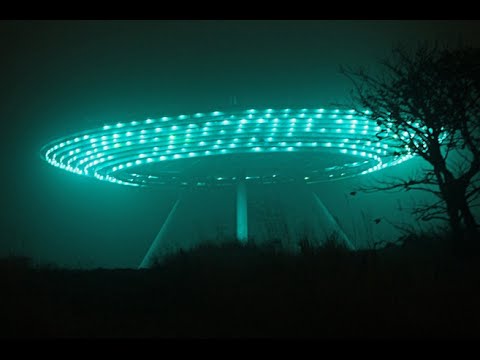 At approximately 1:50 a.M. myself and two other witnesses observed a bright amber beam of light engulf my entire backyard for about 3 seconds. this occurred over kenner, louisiana which is about 15 minutes driving distance from the city of new orleans. approximately an hour later at 2:50 a.M. the sky lite up bright colors of green, blue, red, amber, yellow, etc. at this time electrical sub stations across the area caught fire and also telephone poles were seen catching of fire. electricity was surging from pole to pole for miles all over the city of kenner! i went outside and observed multi colored lights in the sky directly over my house. i could feel a massive amount of energy in the air and we felt an electrical charge over our bodies, that caused our hair to stand up. the wind picked up and a powerful humming sound of energy could be heard over my house. above us in the sky were multi colored circular lights that glowed and moved in various patterns. these lights appeared to be part of a massive ufo that appeared to be over a mile wide! the feeling was so intense and powerful, that at one point i ran inside fearing for my safety. the end part of my video has parts missing for some unknown reason. what we witnessed last night, i believe to be something not from this earth. it was huge and extremely powerful! the occurrence was so frightening, i called 911 to report what i was witnessing over my city. it took about 5 minutes for 911 to answer my call, likely because so many people were calling in to report what they were witnessing in the sky above them. i have a short news clip from a local news station here where people reported seeing multi colored lights in the sky above them. i will upload it here, but i just noticed that the news station has now taken down that video off of their website. the authorities told the news station that the multi colored lights seen in the sky above them, were caused by transformers blowing. i have seen many transformers blow, but what i witnessed last night above me in the sky, was lights from a large ufo craft! not lights from transformers exploding! these multi colored lights were large and moved in different patterns across the sky above me. the energy, heat and electricity in the air while this was occurring was extremely intense! the lights at homes in my neighborhood were flickering on and off for the entire time this occurred last night. you can see the lights flicker in a video i captured last night, i will upload that footage here in this report. it took the electrical company over 7 hours to restore the electricity to my neighborhood. sub stations, large wires, and poles were destroyed everywhere around my city! the wood electrical poles were catching on fire and burning all over the city of kenner! what myself and many other's witnessed in the sky over kenner last night, was a massive ufo that had large multi colored lights over our city. this craft possessed massive amounts of energy and it caused major electrical destruction as it hovered over our area. this was one of the most amazing things i have ever witnessed in my life! at one point i ran inside my house, in fear that i would be somehow sucked up into a large craft and taken away. or that i might be electrocuted while standing outside witnessing what was occurring. much of the evidence of what occurred last night is being taken down from news sites! but i captured some amazing evidence that i will upload here in the form of videos. i have had some interesting ufo encounters over the years and i have reported a few of these encounters here on mufon. but what i witnessed last night was the most intense and powerful encounter i have ever witnessed by far! this ufo craft was huge and it caused massive destruction around my city last night! i don't think what occurred was intentional, but something went wrong when this huge craft came down over my city last night. some of the video footage you will see below is intense and shocking! i will be keeping a close eye on the sky in the days to come! what occurred last night reminded me a lot of the phoenix lights mile wide ufo sightings back in 1997. Please visit our blog: https://therestrangethingsoutthere.bl...