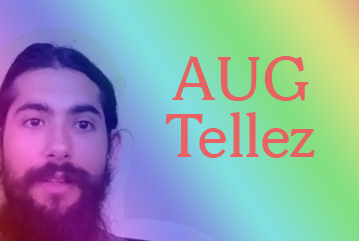 Think how you are a part of this society and that the relationship with itself, in reference to other ‘times’, is like an encryption of information that only contains relevance at a certain point of reference.
What “you” are, down to your brainwaves, is a part of the way things are now. People would not understand how much knowledge you can hold and how fast you can access pieces of information on opposite spectrums of society, reality, and mind.

It would be shocking, most likely overwhelming, often to the point of complete incapacitation, to try and force the density of continuous information and variation in the rate of change onto the mind of someone living in a society without internet or a similar source of stimulus.
The ‘frame rate’ of information that streams constantly today is as unique, within a given range, as the frame rate of a camera and quality relates to the time and practice of the filming studio that it belongs to.
The mind that is attached to the continuous stream of media through involuntary attention to what is not enjoyed will become an ‘extra physical’ intellectual product by extension of the programming effect of advertising and related influences.
The media’s programming is an invitation to a battle that is disguised as an addicting game where people cannot win, but cannot resist playing. Eventually that subliminal narrative is produced and sourced continually from games and movies designed to reverse engineer the mind.
Continuing to respond and play along with the ‘game’ that is presented enshrouds the ‘player’ in the limited range of vision that is prescribed by the narrative controllers of the ‘game’ of influence and covert manipulation.
Eventually those playing the game will be responding to the next programmed, predicted stimulus / reaction cycle and shift. Each cycle both sides move forward. Some move into equilibrium, upon seeing the insanity manifest through controlled chaotic means.
Other people will move further into disbelief and the ‘necessitated’ response to those who see and respond to anything more than the limited, pre programmable stimulus / reaction cycle approved by pseudo authoritarian attempts to influence the human mind.
There is a being of wholeness inside of every human through soul who is the source of every inspiration and aligns our minds in moments of stress to maintain free will and self awareness. Both sides, on every cycle, move closer to their own unique optimized consciousness.
Each unique optimized consciousness attains higher brain function and horizontal and vertical symmetry, which brings about the similar function of processing enough information simultaneously to observe and navigate higher space.
There is no singular way of understanding the translation. Each space and time moment is wrapped up in a higher space where the ‘time’ and experiences are modules that can be relocated or modified at will.
The brain is the example of this as a living information construct that can yield greater efficiency over managing tasks and data points or create a maze that results in the desolation of the mind.
The brain’s themselves, the patterns that they can create, if harmonically sealed into a continuous equilibrium given variable modifications of space and time, can function as ‘time circuits’ which recreate every point in space and time that were directly involved in experience.
A complete society can resurrect the entire multiverse and tens of millions of potential realities.