OUT OF MIND » BREAKING NEWS & HOT TOPICS » THE GREAT DIE OFF » Problem Reaction Solution: How COVID-19 Leads to Global Governance and Complete Control 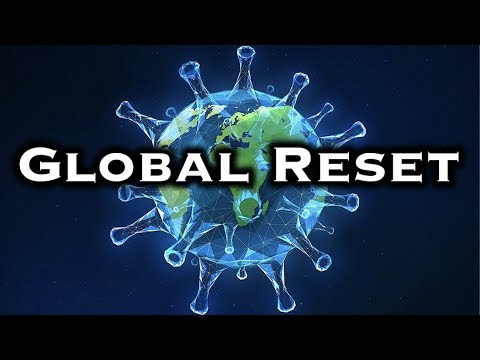 The US is currently experiencing a scripted destabilization campaign, as previously deployed in dozens of other countries over the past 7 decades by the CIA but this time, directed inwards.

Spiro Skouras just produced this excellent report about how all of this is part of the Globalist technocrats’ plan to transform our world and our biology without our say.
He says the coronavirus crisis was engineered to create a controlled demolition of the world economy to wipe out the middle class. It had been war-gamed twice by the Globalists: In 2010, with the Rockefeller Foundation’s “Lock Step” report and during the October 2019 Event 201 exercise by Johns Hopkins University, the World Economic Forum, Mike Bloomberg and Bill Gates.

Spiro tells us that the “solution” to these engineered crises has now been proposed by the World Economic Forum, in what they’re calling the “Great Reset” initiative launched last week. It is a global governance agenda that ties into UN Agenda 2030 and which seeks to redefine and control all aspects of life as we know it, in a new economic model  originally proposed by WEF Chairman, Klaus Schwab in 1970 called “Stakeholder Capitalism”.
In a virtual forum conducted last week, Klaus Schwab, UN Secretary-General António Guterres, IMF Managing Director, Kristalina Georgieva, Prince Charles and various bank presidents laid out a plan to take advantage of this “window” created by the coronavirus crisis to rebuild a world that is “greener” [aka carbon neutral] and “more fair” by ending fossil fuel subsidies and to bring in place “carbon price as an incentive” for future investments.
Schwab stated that we have a choice between continued amplification of the current trends of polarization, nationalism, racism and increased social unrest or a new social contract. He said, “By integrating the next generation. We can change our behavior to be in harmony with nature again. And we can make sure that the technologies of the Fourth Industrial Revolution are best utilized to provide us with better lives. In short, we need a Great Reset.”
Spiro reports that the Great Reset Agenda would have three main components, 1. Steer the market towards “fairer outcomes” by redistributing wealth through taxation and regulation to create the conditions for this “stakeholder economy”; 2. Ensure that investments advance shared goals, such as “equality and sustainability” or as Spiro says, “global standards regulated by task forces to control every aspect of your life…and ensure compliance to the 2030 Agenda.”; 3. Harness the innovations of the Fourth Industrial Revolution by addressing “health and social challenges” or as Spiro says, “the transhumanist agenda to merge man with machine and enforce compliance with global governance initiatives laid out by the UN’s 2030 Agenda. This might be a good time to note that 14 of the 17 sustainable development goals include vaccination.”
The Fourth Industrial Revolution is a term coined by Klaus Schwab to describe the inexorable merger of hardware, software, and biology (aka transhumanism), as exemplified by Elon Musk’s Neuralink.
Spiro runs the WEF’s official video from their own YouTube channel, where Duke University’s Nita Farahany is shown saying “Up until now, the conversation we’ve been having is around Freedom of Speech. Once we can access people’s thoughts, access peoples’ emotions, we have to create a space that enables people to think freely, to think divergent thoughts, to think creative thoughts. And in a society where people fear having those thoughts, the likelihood of being able to enjoy progress is significantly diminished.”
To which Spiro says, “Talk about thought police! They are fully intending and telling us right now that they plan to have direct access to your thoughts and to your emotions and be able to manipulate them as they see fit, of course, for the ‘greater good.’
“This is not about saving the planet. This is not about equality. This is about control. Many of the jobs will be taken by robots, so they will redefine work and what it means to work. They want to redefine what it means to be human and determine for you your role and your future of being essentially, a transhumanist cyborg, integrated into this new control grid.
“Right now, we are witnessing the controlled demolition of the current system of control by design, in order to usher in this new transhumanist agenda, this new system of global governance, this new digitalized system of control, where we will be unable to distinguish organic life from artificial…We won’t be able to control our own thoughts and emotions because they’re going to do that for us, because we’re going to be tied into their grid system.
“The current system was never meant to last forever, It was meant to last only long enough to enslave humanity through debt and until technology caught up to the technocrats’ envisioned future. And now, it’s here.
“Do you think the central banks would take responsibility for the collapse of the current system? Do you think the governments would take responsibility?
“No. The virus us here to take the fall. The virus will be the excuse to burn down this old system, as we’re seeing happen right now. And out of the ashes, this new system will rise.
“Do you think it’s just coincidence that the central banks have this new digitalized currency, ready to go? They’ve already been rebuilding the global infrastructure for years to facilitate this new digital financial system [which is a powerful tracking technology].
“This new digital financial system of control is about to be rolled out on all of us right now. At the same time, they’re rolling out the digital immunity passport and the UN’s Digital Identity Plan is being rolled-out and worked on, right now and which is being funded by Bill Gates…
“Global governance is at our doorstep. It’s being rolled out under the justification of this COVID-19 crisis and at the end of the day, We the People do not have a say in our future, according to them. We don’t even get a vote, according to them.
“These technocrats are deciding the future of humanity for us right now and guess what? The future of humanity isn’t human at all.”

OUT OF MIND » BREAKING NEWS & HOT TOPICS » THE GREAT DIE OFF » Problem Reaction Solution: How COVID-19 Leads to Global Governance and Complete Control