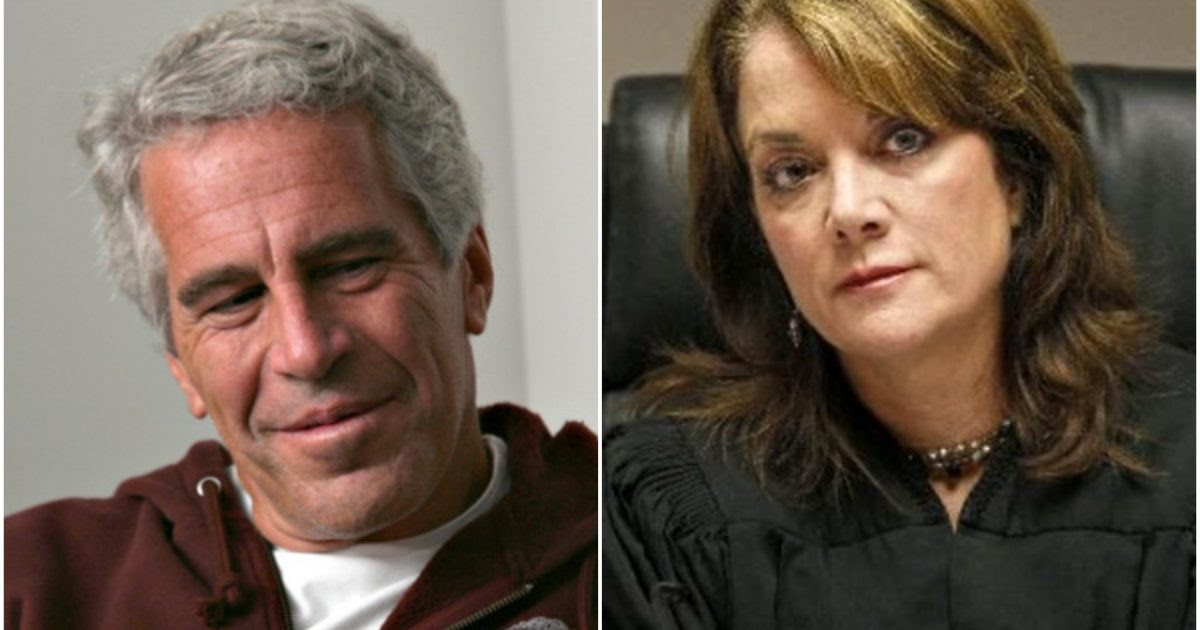 Source:  Shane Trejo
Krista Marx, a Palm Beach judge who has refused to release documents related to late pedophile Jeffrey Epstein, has deep personal and professional ties to officials who shielded Epstein from justice, the Miami Herald has discovered.
Marx has deep connections to State Attorney Dave Aronberg, Sheriff Ric Bradshaw, and ex-State Attorney Barry Krischer. All three of these men have allegedly protected Epstein in some fashion. Marx used her authority in January to deny prosecutors the ability to unseal grand jury records related to Epstein’s infamous 2008 prosecution that allowed him to flout the justice system despite pleading guilty for child sex crimes.
Last week, Marx rebuked the Palm Beach Post, who sued Aronberg and a county clerk to release the grand jury records, in another decision. Aronberg has denied that he is in possession of the records. What may have compromised Marx while making her ruling is the fact that Marx’s daughter works for Aronberg as an assistant state attorney.
In addition, Bradshaw employers her son as a sheriff’s deputy, and Krischer was her former boss for several years. Marx failed to disclose any of this information publicly or recuse herself from the case despite the potential for conflict of interest.
Marx responded to the Miami Herald with an evasive response: “A judge is prohibited from commenting on open cases. It is a clear rule of the judicial canons. See cnn 3 (B) 9.”
Krischner employed Marx from 1992 to 1998 as an assistant state attorney. He was influential in orchestrating the grand jury proceedings that resulted in the incredible leniency for deceased pedophile Epstein. Sheriff Bradshaw made sure that Epstein was able to continue living his lavish lifestyle while under supposed work release from jail.
Florida Gov. Ron DeSantis appointed special prosecutors to get to the bottom of exactly why Epstein was treated so favorably by Florida courts and authorities, but even beyond the grave, Epstein’s extensive connections are preventing real transparency from being known by the public.
“The system is one that the good ‘ol boys have built for 20 or 30 years. And now, it’s in jeopardy over this case,” said Jose Lambiet, a former writer for the Post who has become a private investigator.
“Marx needs to recuse herself and anything that is done in the Epstein case should be in a different county,” he added.
Documents released from Epstein civil cases have previously shown a list of collaborators from the upper echelon of society:

Documents are being released that are related to convicted sex predator and prominent Democratic Party donor Jeffrey Epstein’s illicit activities, and the initial revelations are already explosive.
Virginia Giuffre, a woman who claims she was kept captive and forced into sex slavery by Epstein and his accomplice Ghislaine Maxwell when she was a child, implicated former New Mexico Governor and Secretary of Energy Bill Richardson as one of the powerful men who victimized her.
Other men who she alleges abused her include former U.S. senator George Mitchell who once served as Bill Clinton’s Special Envoy for Northern Ireland, Prince Andrew of Great Britain, the late MIT scientist Marvin Minsky, influential financier Glenn Dubin, and modeling agency founder Jean-Luc Brunel. She also listed “another prince,” a “foreign president,” a “well-known prime minister,” and the French owner of a “large hotel chain” as unnamed men who preyed upon her.

Epstein died of mysterious causes, and dark forces continue to keep the story of his child sex trafficking network from being known to the public.