OUT OF MIND » CHANGING ENVIRONMENT & NATURE » EARTH CHANGES » Summer Solstice + Solar Eclipse, June 20-21, within nine hours of one another

Summer Solstice + Solar Eclipse, June 20-21, within nine hours of one another 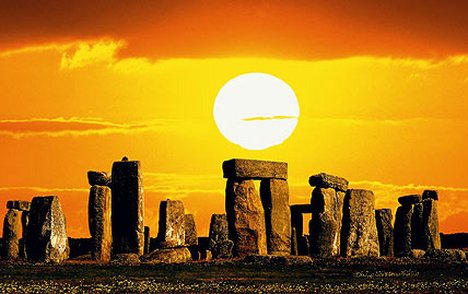 Double whammy, coming right up! But first, Mercury turns to go Rx tomorrow (for three weeks), to join all the other retrograde planets that have turned this summer into time for ploughing back through old stuff to clear out debris. Whether mental, physical, emotional,  relational, or institutional, that’s the WORK!
Summer Solstice: 5:45 PM June 20, 2020
Solar Eclipse: 2:40 AM June 21, 2021
Then, as if the Summer/Solstice/New Moon Solar Eclipse combo was the trigger, within the following nine days Neptune goes Rx, Venus goes Direct, Mars enters Aries, and Jupiter/Pluto conjunct for the second of three passes.
What I notice most about the Solar Eclipse chart is that it sports volatile, earth-shaking Uranus in Taurus on the Ascendant. I set both charts (see below) for Washington D.C., for I hope obvious reasons.  Indeed, it does feel as if this election year  is a make-it-or-break-it moment for the U.S.A. and beyond. Donald Trump simply must win re-election. Otherwise, we see how the deranged Left is acting now; they know that their planned termination of the U.S. (and every other nation) into a socialist, communist, centrally run New World Order is lost. But they can’t believe it. So they become increasingly desperate. Can you imagine how all the gun-toting Right wingers would act if Trump was cheated out of the win that, if the numbers are any indication (e.g. one million people registered for Trump’s next rally in Tulsa) will put him over the top in a much more obvious and pronounced way than the 2016 election.
In other words,  if Trump wins, then yes, we might be able to fulfill the destiny of Jupiter/Saturn entering experimental Aquarius on the Winter Solstice 2020.
If not, it’s civil war, way surpassing the mostly info war we’re being subjected to now.
And remember, we’ve only begun to work with transit Pluto’s first return to its own natal place in the U.S.A. chart. Center yourself so that you can both withstand and work with massive winds of coming change. The next few years will tell the tale.
Yep. BOTH Summer and Winter Solstice are to be unusually significant during this year of —we long for, but we know we don’t have — “20-20” vision.
Oh, BTW: wanna bet that the next “event” the deep staters will drum up is cosmic? Either some kind of fantabulous fake or real ET contact, and/or gigantic space junk or asteroid hurtling earthwards? Either one, accompanied, of course, by contradictory reports designed to confuse and demoralize, would make our heads swivel and our stomachs churn yet again.
For a very interesting wide-ranging perspective on where we are now on planet Earth, see this video, where the speaker literally views Donald Trump as the president who will go down in history, for having saved, not only the U.S., but the entire world from the machinations that have been building to a climax for centuries. Indeed, given Trump’s pivotal role, he thinks this president go down through history as the most famous person who ever lived.
But back to the subject at hand, the currently confusing cosmic back and forth dance that accompanies current turbulent and very confusing earthly affairs.

What I notice about both charts is that the Sun/Moon complex sits 150° away from the Jupiter/Saturn/Pluto complex. 150° is called the “inconjunct,”  and signifies a subtle or not so subtle, tug of war between two closely grouped collections of planets that are not opposite (180°), and not harmonious (120°), but in between the two, signifying a need for constant adjustment. And you bet, we are in a period of

constant adjustment, veering back and forth between unearthing the debris from old, stuck, collapsing traditions and institutions, including our economic system (late Capricorn) and a newly emergent kindness, connectedness, vulnerability desire for care and comfort offered through home base, family, friends, community (early Cancer).
For one astrologer’s clear delineations of all these configurations, see AstroButterfly.
I especially appreciate her (Cancerian) overview::
We will feel just like a crab, with one foot we go in one direction, and with another foot in another. Push and pull, pull, and push.
But we can all learn from this Cancer approach. Walking sideways gives us room and time to assess the environment, take calculated risks, and still get to our destination.

OUT OF MIND » CHANGING ENVIRONMENT & NATURE » EARTH CHANGES » Summer Solstice + Solar Eclipse, June 20-21, within nine hours of one another