As nuclear fusion engines, most stars live placid lives for hundreds of millions to billions of years. But near the end of their lives they can turn into crazy whirligigs, puffing off shells and jets of hot gas.

Now, astronomers have used Hubble to dissect such crazy fireworks happening in these two planetary nebulae.

This image from the NASA/ESA Hubble Space Telescope depicts NGC 7027, or the “Jewel Bug” nebula. 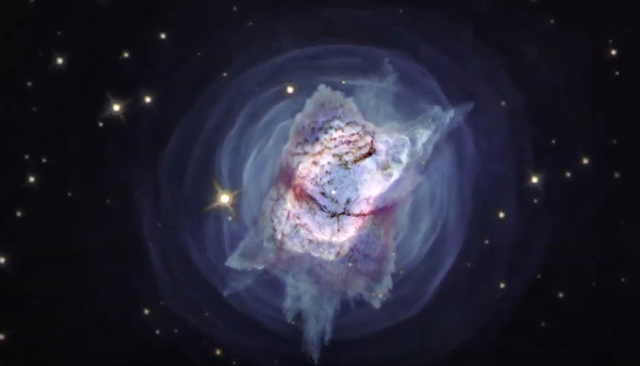 The object had been slowly puffing away its mass in quiet, spherically symmetric or perhaps spiral patterns for centuries — until relatively recently when it produced a new cloverleaf pattern.

New observations of the object have found unprecedented levels of complexity and rapid changes in the jets and gas bubbles blasting off of the star at the centre of the nebula.

This video zooms into the planetary nebula NGC 6302, commonly known as the Butterfly Nebula. 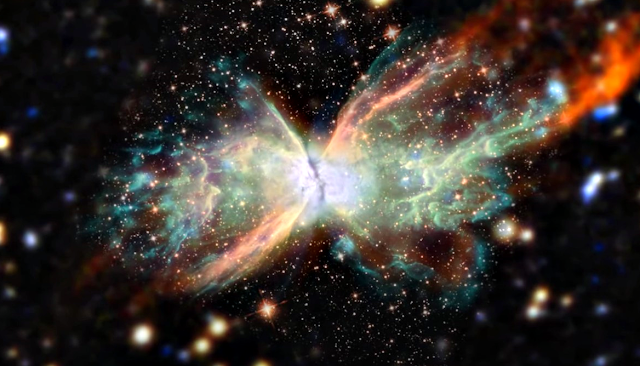 NGC 6302 lies within our Milky Way galaxy, roughly 3800 light-years away in the constellation of Scorpius. The glowing gas was once the star's outer layers, but has been expelled over about 2200 years. The butterfly shape stretches for more than two light-years, which is about half the distance from the Sun to the nearest star, Proxima Centauri.

The Hubble Space Telescope has imaged these objects before, but not for many years and never before with the Wide Field Camera 3 instrument across its full wavelength range - making observations in near-ultraviolet to near-infrared light. "These new multi-wavelength Hubble observations provide the most comprehensive view to date of both of these spectacular nebulae, reports phys.org.