OUT OF MIND » TRUTH IN CONSPIRACY THEORIES? » #EPSTEINDIDN'TKILLHIMSELF » Jizlaine Maxwell the saga continues...

Powerful men are scared about what Ghislaine Maxwell will say
By Maureen Callahan
July 2, 2020 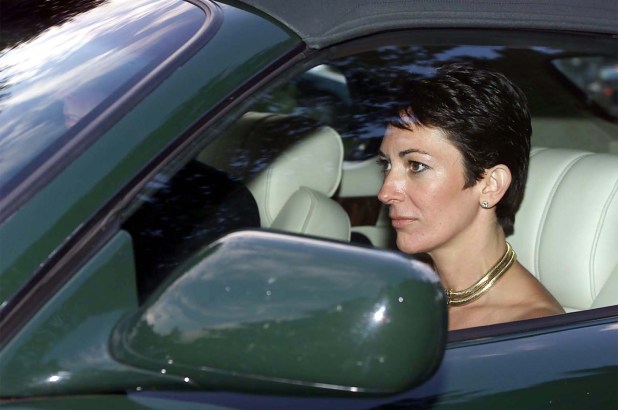 
Jeffrey Epstein’s victims have another shot at justice. Here’s hoping they get it.
Ghislaine Maxwell, the alleged child sex trafficker and abuser in league with Epstein, was finally arrested Thursday morning.
Her guilt, in the court of public opinion, isn’t in question.
The only question is: Will the federal government keep Maxwell alive to stand trial?
There’s good reason conspiracy theories still swirl around Epstein’s suicide, nearly one year ago, in a downtown federal prison — a prison, by the way, that safely housed Bernie Madoff, the 1993 World Trade Center bomber, El Chapo and a terrorist who told the New York Times it was tougher than Guantanamo Bay — and he would know, because he’d been held in both.
It stands to reason that the federal government should be able to contain a socialite.
At the time of his death, Epstein was likely the most high-value prisoner in federal custody. He had ties to incredibly powerful men who had everything to lose if they were exposed. He was that most vile of criminals, a pedophile, a child molester, a rapist and a sex trafficker.
Maxwell is the last chance these victims have at justice. Epstein’s suicide was yet another brutal victimization. The federal government — if only out of its own self-interest — cannot let a prison suicide (or “suicide,” depending on what you believe) happen again.

Maxwell must be treated as she is: as high-value as Epstein, as dangerous and sneaky, kept under the strictest 24/7 suicide watch.
Here’s a detail that should make prosecutors and prison guards nervous: In the recent Netflix documentary “Jeffrey Epstein: Filthy Rich,” a survivor stands outside Epstein’s Manhattan townhouse and points to pockmarks in the edifice.


The rise and fall of Ghislaine Maxwell, Jeffrey Epstein’s confidant

Such pockmarks, she says, were all over the interior. The entire house — every room, every bed, every bathroom, shower and toilet — was rigged with cameras and audio. Epstein kept a secret room full of monitors and watched his guests in real time. He blackmailed the powerful men who would visit and use his girls.
If Maxwell dies in custody, the federal government will take a hit from which it may never recover.
Consider the testimony of survivors in the same documentary.
“Tears of joy were streaming down my face,” Virginia Roberts Giuffre said upon hearing of Epstein’s arrest.
“Oh my God,” said Michelle Licata. “Finally. He is going to pay for everything he has done.”


Maxwell's millions: Epstein fixer's wealth revealed — and how she used it to hide

One survivor warned the feds that Epstein had a way of evading justice. “I told them that they needed to look out for their victims,” she said. “I told them that if they were going to do this thing, they needed to really do it.”
His death hit these survivors that much harder because they had been given hope. They had been heard, seen, and believed. They were told they would have their day in court.
Those other powerful men with ties to Epstein, Prince Andrew and Bill Clinton among them, would not impede a federal trial — and in fact, Epstein’s trial would mean more conspirators and participants would fall.
“They’re going to start digging into his life,” said Licata, “and start pulling out this spider web of people that were related to it.”
No question Ghislaine Maxwell is Person of Interest Number One.
Maxwell’s favorite game, Giuffre said, was to place a young girl in front of a powerful older man and say: “How old do you think she is?”


This is the stunning home Ghislaine Maxwell was hiding out in

From now on, every time we see her image, please let it be her mug shot — not that disgusting photo of Maxwell, beaming alongside Epstein, his arm oh-so-casually slung around her, his face smugly tilted upward, as if to indicate their complicity, amorality, self-regard and immunity from justice.
We’ve seen the fall of Harvey Weinstein and Bill Cosby, men who thought they were too powerful to ever see the inside of a prison cell.
Epstein took the coward’s way out.
Let’s make sure Maxwell — who knew that these young girls would trust her, an older, sophisticated woman, to keep them safe, even as she lured them to unimaginable horrors — never feels safe again.

Why Did Ghislaine Maxwell Leave Safety of France for Arrest in US?
July 2, 2020 By 21wire 3 Comments

IMAGE: The Great and the Good: Tycoon Jeffrey Epstein with Ghislaine Maxwell.
It’s the question which many are asking right now: why did this former colleague of notorious sex trafficker Jeffrey Epstein leave the relative safety of France, in effect, voluntarily allowing herself to be arrested in the United States? Once again, there is a lot more to this story than the mainstream media is letting on.

At a news conference on Thursday, acting US Attorney for the Southern District of New York, Audrey Strauss, charged Maxwell with playing a role in the “sexual exploitation and abuse” of multiple underage girls by Jeffrey Epstein, according to a court filing.
Strauss also stated that Ghislaine Maxwell had “repeatedly lied” about her involvement in Epstein’s affairs, and that the truth was “almost unspeakable.” Indeed it was, most notably for Epstein himself, who mysteriousLy committed suicide whilst under the watchful eye of the federal prison system.
Strauss added that British socialite Maxwell had “enticed young girls, got them to trust her, then delivered them into the trap that she and Epstein had set for them.”
She was arrested by the FBI Thursday at a luxury property located in Bradford, New Hampshire.
Maxwell, 58, and he daughter of newspaper tycoon Robert Maxwell, has denied any wrongdoing and dismisses the claims against as “absolute rubbish.” 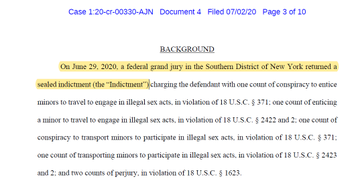 OUT OF MIND » TRUTH IN CONSPIRACY THEORIES? » #EPSTEINDIDN'TKILLHIMSELF » Jizlaine Maxwell the saga continues...