OUT OF MIND » TRUTH IN CONSPIRACY THEORIES? » #EPSTEINDIDN'TKILLHIMSELF » Photo Emerges of Jizlaine Maxwell and Kevin Spacey Sitting on Queen’s Throne plus MORE 
Mirror report: Maxwell was arrested by the FBI on Thursday over allegations she helped disgraced financier Jeffrey Epstein “identify, befriend and groom” girls as young as 14.
Meanwhile, the duke has been urged to provide information in relation to the investigation after his friend Maxwell appeared in court accused of facilitating Epstein’s sexual exploitation of underage girls.
Audrey Strauss, acting US attorney for the southern district of New York, told a press conference that authorities would “welcome” a statement from the duke. Ghislaine Maxwell (circled) in attendance at Chelsea Clinton’s wedding.
But a source close to Andrew said: “The duke’s team remains bewildered given that we have twice communicated with the Department of Justice (DOJ) in the last month and to date we have had no response.”
Lawyers for some of Epstein’s alleged victims on Friday added pressure on Andrew to speak about his friendship with the Epstein, who took his own life in prison last year while awaiting trial on sex trafficking and conspiracy charges.
Spencer Coogan said his clients were “relieved” that Maxwell, daughter of late media mogul Robert Maxwell, had finally been arrested and urged Andrew to speak up about what he witnessed while visiting Epstein’s properties in New York, Palm Beach and the Virgin Islands. Bill Clinton and Ghislaine Maxwell pose at the door of Epstein’s private jet
He told the BBC Radio 4 Today programme: “I certainly think Prince Andrew has a story to tell. On behalf of the victims we have continuously asked him to step forward, step up, be a man and tell us what he knows.”
At a brief hearing on Thursday, a magistrate judge ordered Maxwell to remain in custody while she is transferred to New York for a detention hearing.
RELATED: New Orleans Mardi Gras Float Depicts Hillary Clinton Strangling Jeffrey Epstein
Ms Strauss claimed that the socialite had helped Epstein to exploit underage girls and “in some cases” would participate in the abuse herself.
Four of the six charges cover Maxwell’s dealings with Epstein from 1994 to 1997, when she was in an “intimate relationship” with him, according to the indictment.
These include conspiracy to entice minors to travel to engage in illegal sex acts and enticement of a minor to travel to engage in illegal sex acts.
She is further charged with conspiracy to transport minors with intent to engage in criminal sexual activity and transportation of a minor with intent to engage in criminal sexual activity.
According to the indictment, three unnamed minors were allegedly “induced and enticed” by Maxwell, who “facilitated” for them to be groomed by Esptein at properties he owned.
RELATED: Federal Judge Orders Victim’s Lawyers To Destroy Jeffrey Epstein Files 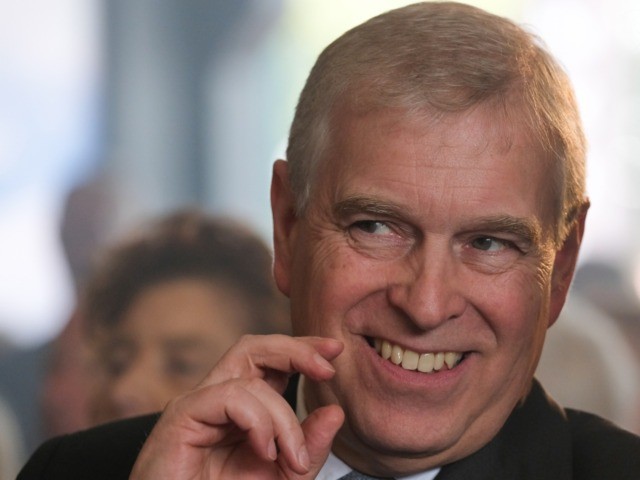 Allegations that Prince Andrew is not cooperating with the U.S. investigation into the alleged sex trafficking of minors by British socialite Ghislaine Maxwell and the late financier Jeffrey Epstein have left the British Royal “bewildered”, his legal team said Friday.
Maxwell, a longtime associate of Epstein, was arrested in New Hampshire Thursday, as Breitbart News reported.
She had lived for years with Epstein and was his frequent travel companion on trips around the world, and was taken into custody around 8:30 a.m.
An indictment made public Thursday said Maxwell “assisted, facilitated and contributed to Jeffrey Epstein’s abuse of minor girls by, among other things, helping Epstein to recruit, groom, and ultimately abuse ” girls under age 18.
She has long faced allegations of procuring underage girls for him, earning the nickname of Epstein’s “madam.”.

Epstein committed suicide in jail while awaiting trial last year and Queen Elizabeth II’s second son quit his Royal duties after he defended his relationship with him.
He has since faced claims from U.S. prosecutors he is running shy of giving his version of events.
“The duke’s team remains bewildered given that we have twice communicated with the DOJ in the last month and to date we have had no response,” an unnamed source on his legal team was quoted as saying by the Press Association news agency.
Acting United States Attorney for the Southern District of New York, Audrey Strauss, told reporters on Thursday they would “welcome Prince Andrew coming in to talk with us”.
“We would like to have the benefit of his statement,” she added, repeating a call she first made back in January.

The 60-year-old Duke of York vehemently denies claims he had sex with a 17-year-old girl procured by Epstein.
Pictures of him posing with his arm around the girl’s waist forced Andrew to give a disastrous TV interview to the BBC that was quickly followed by his standing down from all Royal duties in November.
A lawyer who represents some of Epstein’s alleged victims told British television Friday the prince was “avoiding and evading” the U.S. authorities.

U.S. attorney Gloria Allred insisted the prince is subjecting those who suffered at Epstein’s hands to a “torture test” by not speaking candidly about his friendship with the convicted paedophile.
She said: “The question is, Prince Andrew when is he going to tell what he knows? He needs to do that. He needs to do it without delay. It is so traumatising and difficult for the victims not to know the truth.
“And this kind of torture test that Prince Andrew is subjecting the victims to, like will he or won’t he give a statement, if he will, when?”
AFP contributed to this report
via Prince Andrew ‘Bewildered’ by Arrest of Ghislaine Maxwell

OUT OF MIND » TRUTH IN CONSPIRACY THEORIES? » #EPSTEINDIDN'TKILLHIMSELF » Photo Emerges of Jizlaine Maxwell and Kevin Spacey Sitting on Queen’s Throne plus MORE