Postcards from the Vortex 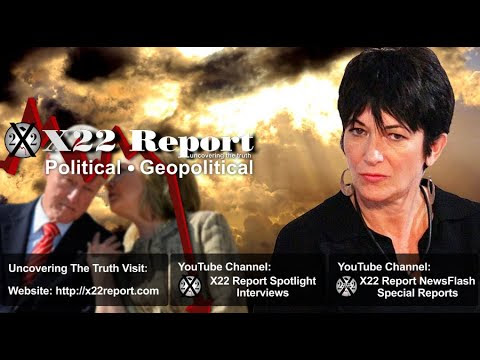 Postcards from the Vortex


There’s so much happening in our new windtunnel reality!
Yesterday, Trump met with Mexican President López-Obrador in the White House to celebrate the new North American Trade Agreement, which just took effect.
Much to the irritation of Globalists, everywhere, the meeting between the two presidents was a total lovefest.  López-Obrador in his speech acknowledged that Trump respects Mexico’s sovereignty and that he treats Mexico with respect.
López-Obrador is a Socialist but his politics have nothing to do with the anarchic and destructive Globalist-financed Maoist terrorism that has been raging in US streets and he made this very clear in his praise of George Washington and in his multiple use of the word “sovereignty” during his speech.
López-Obrador let there be no doubt that he is a nationalist ally of Trump and that he is not a Globalist. López-Obrador loves his country and that’s why he and Trump are friends. Trudeau, of course was absent for the ceremony because he’s a Globalist.
In health news, another cheap cure for COVID-19 has been found, especially for patients in the advanced stages of the disease. It’s an inexpensive generic drug, called Budesonide, an anti-inflammatory corticosteroid, administered with a nebulizer, which has been used for decades by asthma and COPD patients, with zero issues of toxicity.
Dr. Richard Bartlett, who’s been both in private practice and a Texas public health official for over 20 years read about its successful use in Taiwan, Japan and Singapore, where COVID-19 death tolls are near zero. Dr. Bartlett says that Budesonide has been 100% effective among his patients.
Whereas, Hydroxychloroquine is recommended as a prophylactic against infection and to be administered during early infection, Budesonide is used during the later, inflammatory stage of the disease. The reports are that it is fast-acting, bringing quick relief to patients suffering with blocked air passageways.
As we’ve seen with Hydroxychloroquine, information about Budesonide being suppressed by Big Pharma in the West.
In LOL news, Lt. Col. Vindman is retiring from the Army, his lawyer said Wednesday, complaining about the retaliation he’s faced, following his role in the Fake Impeachment last Fall.
Vindman is the Ukrainian-born National Security Council staffer who coordinated with the CIA and members of Congress to attempt to frame the President and to force his removal from office under false pretense. Following the well-worn path of fellow #Resisters, Lisa Page and Andrew McCabe, Vindman 1). Committed Capital crimes, 2). Is very publicly bitching and moaning about the repercussions, 3). This has earmarked him for a lucrative gig on CNN or MSNBC.
On Wednesday morning, Roger Stone was Suspended from Facebook and Instagram. Stone had been actively using social media to ask President Trump for a pardon. He’s been ordered to report to federal prison in 6 days.
In even wilder LOL news, Ghislaine Maxwell has been discovered to be the #8 ranked account on Reddit. For 14 years, she was moderator to massive groups including Worldnews which is on the front page and had over 24 million subscribers, posting nearly every day, up until her arrest.
If indeed it is her, the comments give some insight into her personality and political leanings. She hates Trump, praises the Pope, Fauci and Pelosi (natch!) and she stresses the importance of distinguishing between “pedophiles” from “ephebophiles” (minors aged 15-18) posting extensively about Age of Consent laws around the world, including Ohio, where Les Wexner is based.
In stratospheric Lulz, New York’s Attorney General announced that the Black Lives Matter Foundation must stop soliciting donations in that state. The foundation, a nonprofit with only one paid employee and a UPS store as its address has no affiliation with the George Soros-financed Black Lives Matter Movement.
The New York Post reports that the Black Lives Matter Foundation raised at least $4 million since the killing of George Floyd, with some of its high-profile donors including Apple, Microsoft and Google.
The bulk of these funds have been frozen since the foundation came under scrutiny.