SHOCK! The list of arrests and executions of famous deep state ~ July 10, 2020

SHOCK! The list of arrests and executions of famous deep state ~ July 10, 2020

Editor’s Note: The news for America is so filtered, that the truth is often unavailable for Americans. So…I was exceedingly glad to have this article from a Greek newspaper sent to me (Thanks Alice…!), and I will share with you.
Sooo overy much is going on “behind the scenes” which we, the public do not see and this Greek article is presented as a sign and signal that, in our reality…all is well NOW with daily improvement for the introduction of Light (knowledge, truth, information) into our world.
Hold on, the best is yet to BE, use your Magnificent Hearts to find, hold and BE the Quantum LOVE which you ARE, and then BE in…
Quantum Joy!
___________________________________________________________________________________________
Arrests and executions of famous people.
The list of the first 81 celebrities who have been arrested or executed.
We present to you the list of the 81 names of famous, political, actors, singers who served the Deep State, but many of them have been arrested and have already been executed.
We have told you in previous articles, but also in videos, that many of those who committed horrific crimes against humanity will be arrested.
Of course, many of you thought we were writing and saying inaccuracies by spreading false news.
Because this issue of arrests is serious and we know that there is a “war” against Trump by the systemic media, which has taken a lot of money to intimidate people with issues such as covid-19, vaccines, fines and all the negatives now to keep the world in a negative, we also take care to give you the right information.
Today, Thursday, June 4, 2020, in “Slaughter”, we publish a long list of 81 names of celebrities, some of whom have been arrested and others have been executed.
This is because you need to know exactly what is going on and understand who is making fun of you.
Already many in the world have been exposed to their big lies, such as politicians, journalists, actors and others, trying to convince us of a virus that kills, about how necessary vaccines and other such nonsense are, which turned out to be a big lie.

Report this ad
Of course, in all this mockery of the mockery, they have mixed the President of the United States, Donald Trump, who, of course, has been fighting the deep state for 3 years and on the occasion of the corona, he started arresting all those who have committed crimes against her. of humanity. 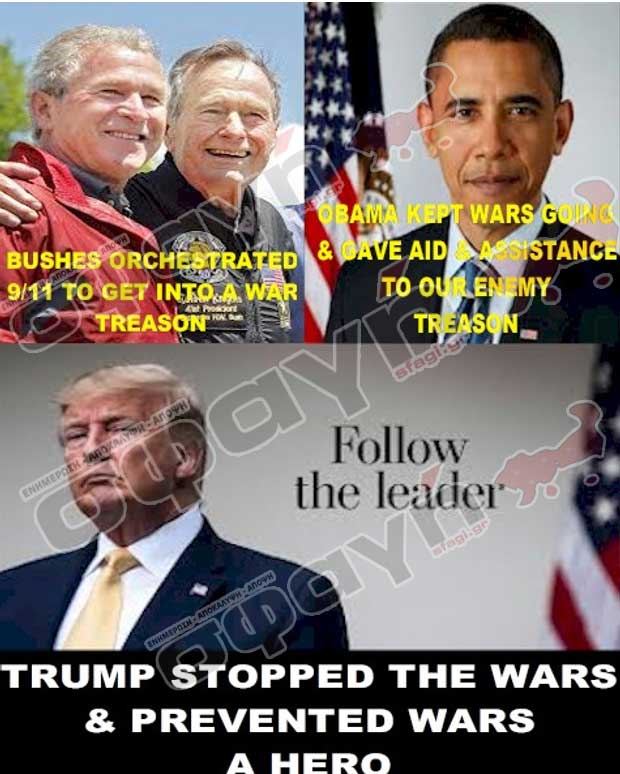 As we told you, the Coroner was the cover for the mass arrests. The lock downs are made so that there is no unnecessary traffic on the streets and the work of the international police is facilitated.
Before you read the names, we need to explain a few things.
How the arrests are made.
The arrests are being made by special police teams in plain political clothes. We saw the arrest of Obama. The arrest was made simply and quickly, so as not to be noticed by the public.
READ: THE RELIGIOUS FREEDOM OF THE PERSON IS UNACCEPTABLE
Watch this video:

All these arrests were made in this way. If convicted of child trafficking, pedophilia, or crimes against humanity, he will be executed. If convicted, they will be executed. Before the trial, if the person has proof of someone else to help the business, or is willing to help Trump and they want to work together and do things to get Trump to leave a possible life sentence, then they are allowed to do so if they have serious evidence.

Report this ad
When a negotiation is completed, the defendant must present what he has to mitigate his sentence. This information is provided to the prosecution, the defense and the judge. If accepted, the plea agreement is presented, and then they must make a written statement and admit guilt for the crime with a video confession and a written statement. This is how all processes work.
All the people arrested were traitors or involved in satanic worship ceremonies, which involved torturing children and then killing them as a sacrifice. Then they drank their blood, which contained adrenoceptor chromium. These are called crimes against humanity and demand death as punishment. Trump has signed an executive order calling for the death penalty for those involved in crimes against humanity or treason to be brought to justice and sentenced to death.
How betrayal is characterized.
If the detainees took orders from the “deep state” and carried out those orders. This is called betrayal.
Obama said, “I just followed orders.” Yes, that made him a traitor. He made a deal and was released for a while to help Trump, but during that time, he violated the waiver agreement and reappeared so that he could be executed by shooting him in the back of the head.
Big Mike’s wife was executed shortly afterwards. We will find out next year when all this will be released. Obama, of course, also betrayed Big Mike to make a deal.
All those arrested made a confessional video to negotiate, even if it was a mere death by lethal injection instead of being shot by a group or hanged. Deadly injections are a preferred way to die. You just sleep and don’t wake up. It is painless and peaceful. Big Mike chose the lethal injection.
ΔΙ

Admin
Posts : 107562
Join date : 2012-01-04
Location : Woodstock Nation
Bill Gates Suddenly Stops Funding His Vaccination Programs. Could this be the Result of his Recent Arrest for Genocide and the Seizing of his Vast Fortune?[UPDATED 7-6-20] #Scamdemic #Covidiots #MarkOfTheBeast – Listen to everyone. Trust no one.

*I felt that I needed to address what I have found to be some glaring weaknesses relating to the preponderance of sketchy details in this story that I’ve uncovered from continuously vetting[subs included] the main points of this piece, and everything I post for that matter. I’m thinking about implementing some kind of rating system for all posts that I can update and change in real time that I can apply to all stories right when I post them and/or as new developments arise. If I were to have to give this story a credibility rating out of 5 stars I would probably give it a 2 out of 5. There is obviously something going on with Bill Gates, as we have seen him on TV being represented by a CGI composite using the beast Tech quantum computer “likeness generator”. A term I just made up btw. But as far as his vast fortune being ceased, ehhh. Not really much substantial or reliable evidence to back that up. I did phrase this post as a question though, not an assertion. Check out my collection of Rose Hannah videos if your interested in learning more about the deception they’ve been carrying out using this new and sophisticated quantum CGI “avatar-fabricating” technology. I actually think Bill & Melinda were replaced by imposters back in 2003ish.