According to a Monday court filing (see below), Ghislaine Maxwell bolted to another room when FBI agents showed up to her secluded New Hampshire estate to arrest the accused sex-trafficker. 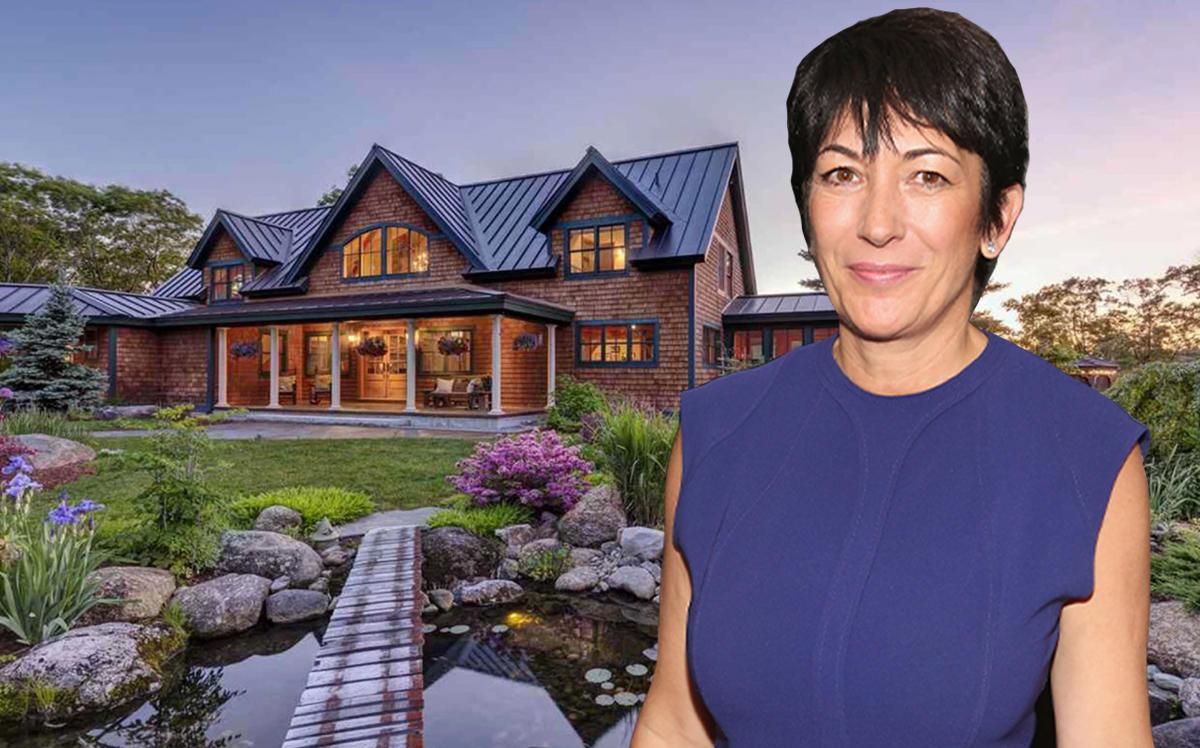 Ghislaine Maxwell pictured in front of her New Hampshire estate (Illustration: Bruce Hubbard)
When agents entered, they found a cell phone wrapped in tin-foil sitting on a desk in what prosecutors described as a “misguided effort to evade detection, not by the press or public, which of course would have no ability to trace her phone or intercept her communications, but by law enforcement.”

FBI agents were first barred from entering the property by a locked gate they had to pry open and were then confronted by one Maxwell’s private guards, according to the U.S.
When the agents approached the front door, they caught a glimpse of Maxwell through the window, trying to “flee” rather than answer them. The FBI ultimately forced to “breach” Maxwell’s door to enter and only arrested Maxwell after she was found “in an interior room in the house,” according to the government. –Bloomberg

According to the filing, one of Maxwell’s security guards told agents that that the British socialite’s brother had hired former members of the British military to guard her 24-7. As Bloomberg reports, Maxwell gave one of the guards a credit card in the name of the same LLC which bought her luxury New Hampshire bugout last year. According to the guard, Maxwell hadn’t left the property in the time he’d been working there, and had been ordered to buy things for the estate.
Federal prosecutors detailed the lengths Maxwell went to in order to evade US law enforcement in order to argue that she’s a flight risk who has access to “extraordinary financial resources” and would flee the country if allowed free on bail. A federal judge will decide on Tuesday whether to grant Maxwell’s request to post $5 million bond so she can live under house arrest until her trial.
“She has demonstrated her ability to evade detection, and the victims of the defendant’s crimes seek her detention,” said DOJ prosecutors in their filing. “Because there is no set of conditions short of incarceration that can reasonably assure the defendant’s appearance, the government urges the Court to detain her.”
Maxwell wouldn’t be extradited if she fled to France where she has citizenship, argued the prosecution, as the country does not extradite its own citizens to the US for prosecution, according to the report.

The government also argued Maxwell has been hiding from authorities, living in a secluded 156-acre estate in Bradford, New Hampshire, since late last year.
Maxwell is accused of luring girls as young as 14 for sexual encounters with Epstein and engaging in some of the abuse. Prosecutors argued she could face as long as 35 years in prison if convicted. Epstein died in a Manhattan lockup last August of an apparent suicide while awaiting trial on federal sex-trafficking charges.
While Maxwell’s lawyers said in a separate court filing that she has six people willing to co-sign her bond, prosecutors argued she hasn’t identified these people, whether any are even in the U.S. or have the sufficient finances to pay if she does flee. –Bloomberg

Maxwell’s defense team also cited her long ties to the US, where she has lived for decades. They’re also arguing that Maxwell was covered by Epstein’s controversial 2007 non-prosecution agreement  which allowed the convicted pedophile to avoid federal sex trafficking charges.
Federal prosecutors called that “absurd,” arguing that the current case involved evidence from two new accusers who weren’t involved in the prior prosecution – and that their case could become “even stronger” as additional witnesses have come forward to offer evidence against Maxwell.
See the court filing below: