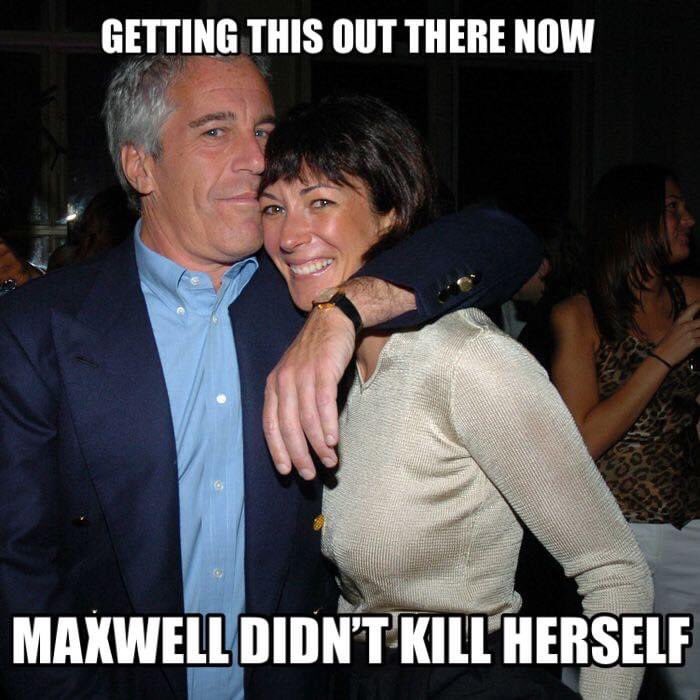 Victim’s lawyer Lisa Bloom says that Ghislaine Maxwell is unlikely to “sing like a canary” by naming other powerful members of Jeffrey Epstein’s pedophile ring and is more likely to try to have the whole case dismissed.
Despite lawyers arguing she was a coronavirus risk, Maxwell was denied bail yesterday and now faces a July 2021 trial on four counts of sex trafficking and two counts of perjury.
According to victim’s attorney Lisa Bloom, any plea deal Maxwell is able to obtain will almost certainly carry serious prison time anyway, meaning she will probably try instead to have the whole case dismissed.
“Ninety-five percent of cases end in plea bargains, so that would not surprise me, but I don’t think at this stage, prosecutors would give her a deal if it did not include very serious prison time, and I don’t think she would accept that at this point,” said Bloom.
This means there is no real incentive for Maxwell to expose other elite co-conspirators involved in Epstein’s sex trafficking network.
“I know a lot of people think Ghislaine Maxwell is going to ‘sing like a canary’, and talk about other powerful people, and that that’s why she was arrested,” said Bloom.

“I don’t agree with that, I think she was the primary target, she was arrested for her own actions, she may have information about others but I don’t think that would give her much lighter a deal,” she added.
The lawyer says she is “cautiously optimistic” that Maxwell, who is being moved between cells on a regular basis for her own safety, will be found guilty.
Bloom’s take on the issue has changed since earlier this month, when she said she thought Maxwell’s attorneys may try to convince her to reveal “a bigger name to get reduced charges for herself.”
As we previously highlighted, Maxwell purportedly has a stash of secret sex tapes in her possession that would expose powerful Epstein acquaintances.
The sex trafficker was known to have his mansions festooned with hidden surveillance cameras as a means of collecting blackmail material on his guests.
“The secret stash of sex tapes I believe Ghislaine has squirreled away could end up being her get-out-of-jail card if the authorities are willing to trade,” said one of Maxwell’s former friends. “She has copies of everything Epstein had. They could implicate some twisted movers and shakers.”
SUBSCRIBE on YouTube:

As the divine miss, or is it mrs m counts the days to trial proper she may decide her current repored stance will not make life any easier

I just wish they would report the real on how this "incarceration" actually went down. Some reports say she turned herself in while others say she "fled" through the house during the FBI raid. Which is it? Some reports say she is not in custody at all but in a hospital with COVID while other reports are claiming she is being shuttled from one cell to another for safe keeping. What is the truth? No wonder the masses are so confused about everything. That is exactly as they designed it to be. Ugh... I wish this was over already!