OUT OF MIND » TRUTH IN CONSPIRACY THEORIES? » #EPSTEINDIDN'TKILLHIMSELF » Epstein Case Judge Ambushed by Gunman at Home 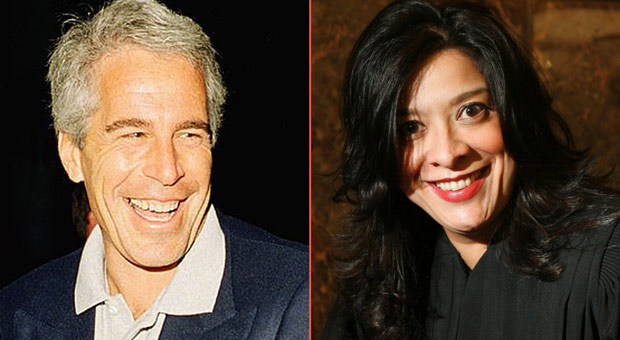 
A federal judge, who has just been assigned a case involving deceased child sex trafficker Jeffrey Epstein, has been ambushed at her family home by a gunman, who shot her son dead.

Police say the shooter was disguised as a FedEx driver during the attack on the home of Esther Salas on Sunday evening.

51-year-old Salas, a District Court judge, reportedly survived the ambush as she was in the basement at the time the gunman descended on their home in North Brunswick, New Jersey.

The shooting comes just days after Salas was assigned a case with links to Epstein, although police say they have yet to find evidence of a link between the attack and the judge's work.

The assault started around 5 pm when Mark Anderl answered the front door to the family home and was shot several times by the attacker. 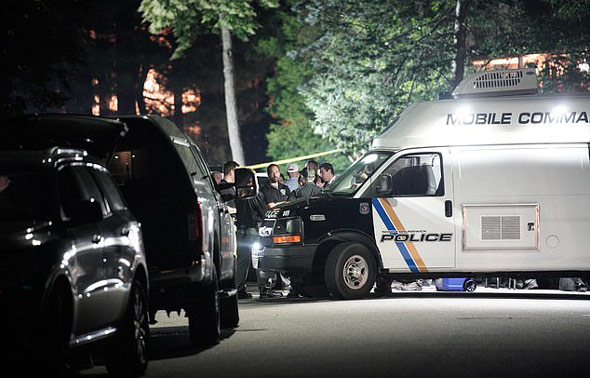 press
Police and FBI have closed off the street surrounding the home of Judge Esther Salas
Daniel, a student at Catholic University in Washington, D.C., then went to investigate the commotion and was fatally shot, according to reports.

The perpetrator, believed to be a lone gunman, then fled the scene and is not yet in custody.


Francis "Mac" Womack, the mayor of North Brunswick, New Jersey, said that Daniel was "shot through the heart."

Mark is reportedly in critical but stable condition at Robert Wood Johnson Hospital in New Brunswick.

Judge Salas is believed to have been in the basement of the home during the shooting and was unharmed in the attack, according to NBC New York.

One woman, who has lived in the neighborhood where the shooting took place told MyCentralJersey that police had knocked on her door asking she had any video footage of the area, but she was unable to help.

Another neighbor was able to provide some surveillance footage of the street.

"They are still here, not just the police but the FBI, there are agents all over the place," the woman told the news outlet.

Avoid Internet censorship by subscribing to us directly

"It's unbelievable what is going on."

Another told how although she didn't hear any gunshots, she noticed when an ambulance showed up.

"We didn't know anything was going on, until a neighbor told us what happened.

Last week, on July 15, the judge was assigned to a case that had links to late sex abuser Jeffrey Epstein.
The case Salas is presiding over involves an ongoing lawsuit brought by Deutsche Bank investors who claim the company made false and misleading statements about its anti-money laundering policies and failed to monitor "high-risk" billionaire customer Jeffrey Epstein.

Judge Salas had received death threats in the past but as of Sunday night, authorities have not suggested the shootings are linked to any of her previous cases.

"As a judge, she had threats from time to time, but everyone is saying that recently there had not been any," said Mayor Womack to ABC News, who is both friends with the judge and her husband.

"No words can express the sadness and loss we share tonight as a community after senseless shootings of the husband and son of USDC Judge Esther Salas," she said.

The mayor said investigators are now "trying to get a hard make on the vehicle" to try and track the suspect.

"We commit to do all we can to support the family in this time, as well as all law enforcement agencies involved," Womack said.

The mayor noted how close the family appeared to be.

"He loves to talk about his wife, and he loves to brag about his son, and how his son would excel in baseball, and how he was doing down in college in Washington ...

"I'm just very sorry to see him going through this." 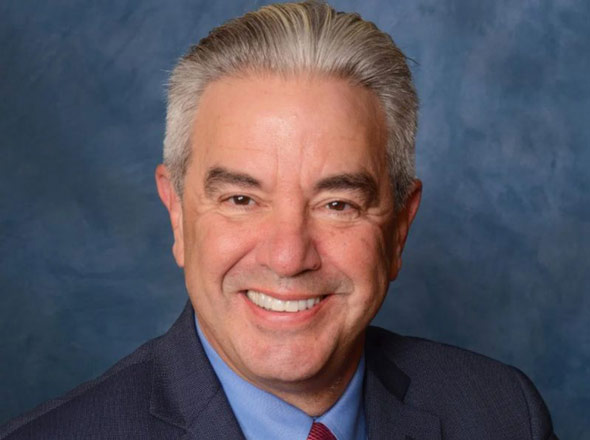 press
Judge Esther Salas's husband, Mark Anderl, was critically wounded during the shooting
The U.S. Marshals have also been called to provide the judge with a security detail, according to a law enforcement official.
The FBI, U.S. Marshals, New Jersey State Police along with the New Jersey Office of the Attorney General have been on the scene of the shooting throughout Sunday evening.
'The FBI is investigating a shooting that took place at the home of Judge Esther Salas in North Brunswick Township, NJ early this evening July 19. We are working closely with our state and local partners and will provide additional updates when available,' the bureau said in a statement.
So far, police have not announced any arrests or named any suspects, however, the FBI tweeted it was looking for 'one subject' in the shooting.

OUT OF MIND » TRUTH IN CONSPIRACY THEORIES? » #EPSTEINDIDN'TKILLHIMSELF » Epstein Case Judge Ambushed by Gunman at Home