OUT OF MIND » BREAKING NEWS & HOT TOPICS » STOP 5G » What Is the Real 5G Agenda and Why the Frantic Hurry to Deploy It?

What Is the Real 5G Agenda and Why the Frantic Hurry to Deploy It? 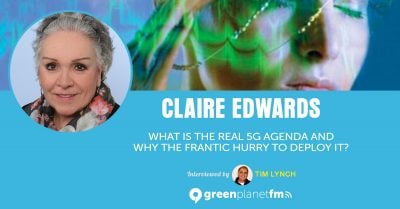 George Soros is involved. Where ever he puts his money – there are major problems.
The only way through this is for us here in NZ is to build up locally and take our concerns and educate our local residents and Councils as to what is happening. We have to organise locally.
“We need to do everything from a grassroots level.”
Note it is important that we do not align with stop5Ginternational.org as they have ‘another agenda running.’
This below is some information on the telecommunications situation in NZ about how 5G fits into the picture here.
First of all, to date the NZ government has ignored health concerns about 5G, seemingly preferring to take advice on health effects from a committee that includes people with telco industry connections. See this.
The Minister of Health and the Minister of Telecommunications refused an invitation to meet with Prof. Dariusz Leszczynski when he visited NZ late last year.
Unfortunately, the intransigence of key ministers in central government means that 5G is already operational in parts of NZ.
Vodafone has been able to launch 5G in parts of Auckland, Wellington, Christchurch and Queenstown. It is using a 3.5 GHz band for this. 5G has been introduced to parts of some of the smaller towns in the South Island by Spark. Spark is using a 2.6 GHz band for this and the towns are Alexandra, Westport, Clyde, Twizel, Tekapo and Hokitika.
Other than these areas, most of New Zealand remains 5G-Free.
There is a test zone in the Viaduct Basin in downtown Auckland where Spark has been (and probably still is) testing a 27 GHz band. Other than this, to the best of my knowledge, NZ does NOT have small cells producing this type of high frequency radiation.
A couple of smaller towns in the North Island have effectively fought off telco plans to build new cell phone towers and therefore helped to stymie telcos’ plans for 5G for their town. (They have done this with good community organisation and a lot of courage because in NZ, the regulations about cell phone tower placement are massively biased in favour of telcos – not communities – if you want background information it is here).
In NZ we are facing a situation where telcos are generally pushing wireless communications in general, in addition to hyping 5G. Telcos are marketing wireless home phone systems to unwary consumers. (See this link) plus recently there have been a couple of reports about telcos refusing to connect customers to the copper system, see this.
Telcos here are also marketing “fixed wireless” internet systems even in areas where good internet is available via copper or fibre. (See this)
The other issue that we are facing here in NZ is that in November 2018, the government passed legislation (the Telecommunications (New Regulatory Framework) Amendment Bill) that means that access to the copper landline phone system is going to be phased out in many areas of NZ . Fibre has been installed, largely at taxpayer expense in most NZ towns and cities (the roll out of fibre is ongoing). See this link for a summary of the campaign against the Telecommunications (New Regulatory Framework) Amendment bill.
In practical terms, the passing of the Telecommunications (New Regulatory Framework) Amendment bill means that in order to have a hard wired internet and phone connection, most NZers will end up having fibre as their only option as most of the population lives in towns and cities. The 5G-Free NZ campaign encourages the use of hardwired phone and internet systems. See this link for details.
In terms of space-based 5G, there was a “consultation” in 2018 organised by Radio Spectrum Management NZ (which is a business unit of the government’s Ministry of Business, Innovation and Employment (MBIE) and SpaceX indicated its interest in operating 5G in NZ in that consultation. See this.
NZ also unfortunately has a rocket launching facility on the Mahia Peninsula (the closest city to Mahia is Gisborne) where satellites are being launched including those with links to the US military/intelligence agencies.
See this and this.
NB: I do not have any information about whether the Mahia site is being used for 5G satellite launches but this is obviously a possibility and for obvious reasons many NZers are not happy about the use of the site for launching military-linked payloads – especially given the huge grass-roots activism in the 1980s that led to NZ being a Nuclear Weapons Free Zone…
I trust this gives you a useful overview of the NZ situation.
For information about the rallies throughout NZ on the 25 January 2020 – please click here.
*
Note to readers: please click the share buttons above or below. Forward this article to your email lists. Crosspost on your blog site, internet forums. etc.
Tim Lynch, is a New Zealander, who is fortunate in that he has whakapapa, or a bloodline that connects him to the Aotearoan Maori. He has been involved as an activist for over 40 years – within the ecological, educational, holistic, metaphysical, spiritual & nuclear free movements. He sees the urgency of the full spectrum challenges that are coming to meet us, and is putting his whole life into being an advocate for todays and tomorrows children. ‘To Mobilise Consciousness.’
The original source of this article is greenplanetfm
via Electromagnetic Radiation: What Is the Real 5G Agenda and Why the Frantic Hurry to Deploy It? – Global ResearchGlobal Research – Centre for Research on Globalization

OUT OF MIND » BREAKING NEWS & HOT TOPICS » STOP 5G » What Is the Real 5G Agenda and Why the Frantic Hurry to Deploy It?