OUT OF MIND » BREAKING NEWS & HOT TOPICS » THE GREAT DIE OFF » Hydroxychloroquine Is 'the Key to Defeating COVID-19', Says Yale Epidemiologist

Hydroxychloroquine Is 'the Key to Defeating COVID-19', Says Yale Epidemiologist 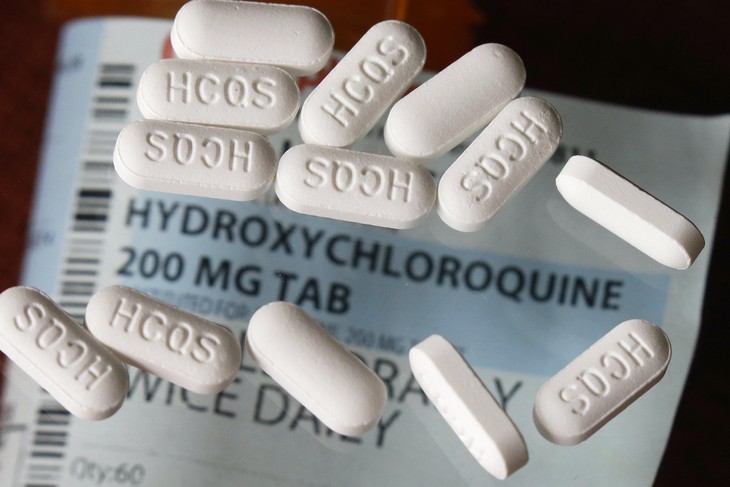 Harvey Risch, professor of epidemiology at Yale School of Public Health, says that hydroxychloroquine is “the key to defeating COVID-19” in a Newsweek op-ed published this past week.

“I am usually accustomed to advocating for positions within the mainstream of medicine, so have been flummoxed to find that, in the midst of a crisis, I am fighting for a treatment that the data fully support but which, for reasons having nothing to do with a correct understanding of the science, has been pushed to the sidelines,” Risch wrote. “As a result, tens of thousands of patients with COVID-19 are dying unnecessarily. Fortunately, the situation can be reversed easily and quickly.”
And it can be reversed by the same medication that has become unnecessarily politicized by the media and the Democratic Party over the past several months.
“When this inexpensive oral medication is given very early in the course of illness, before the virus has had time to multiply beyond control, it has shown to be highly effective,” Risch explained. “Especially when given in combination with the antibiotics azithromycin or doxycycline and the nutritional supplement zinc.”
Earlier this month, a large peer-reviewed study found that hydroxychloroquine cut the mortality rate of COVID-19 by more than half and, contrary to previous claims by faulty studies, had no adverse effects on the heart.
For months the media has ignored both scientific and anecdotal evidence of the drug’s efficacy in treating COVID-19.

The war on chloroquine and hydroxychloroquine began almost immediately after Trump touted it as a potential gamechanger in the fight against the disease. Trump was accused of “practicing medicine without a license” simply for pointing out that the drug showed promise in some small studies. The New York Times even alleged that Trump’s motivation for touting the drug was self-serving because he holds “a small personal financial interest” in Sanofi, even though the drug is out of patent (any pharmaceutical company can manufacture it) and he only owned $29 – $435 in stock as part of a mutual fund.
Because the media and the Democratic Party wanted to use the pandemic to thwart Trump’s reelection, any positive news had to be buried. Trump was accused of offering false hope and “selling snake oil” to the public. A Democratic state lawmaker in Ohio even said Trump should be tried for “crimes against humanity” for touting the drug.
The media gave lots of coverage to studies that associated hydroxychloroquine with a higher mortality rate. In April, the results of a U.S. Veterans Health Administration study on the benefits of hydroxychloroquine as a treatment for COVID-19 were released. The study analyzed the impact of hydroxychloroquine with and without the antibiotic azithromycin and compared that to COVID-19 patients receiving standard care. The VA study found there were “more deaths” among those given hydroxychloroquine than those who just received standard care. However, the VA study wasn’t a clinical trial, but a small, non-peer-reviewed study of patients who were not representative of the entire population, and those with more severe COVID-19 cases were disproportionally administered the drug.

The media was so focused on how they could use the pandemic to undermine Trump’s chances of reelection that they rushed to downplay any sign of hope, which may have prevented the drug from being used to save lives. Anti-hydroxychloroquine hysteria by the media made finding volunteers for studies difficult.
Meanwhile, evidence of the drug’s effectiveness was conveniently and repeatedly ignored. The media ignored a survey of doctors back in May that found an overwhelming majority of them “would prescribe hydroxychloroquine or another anti-malaria drug to a family member” suffering from the coronavirus.
The media ignored other success stories of coronavirus patients who recovered after being treated with the drug. For example, in April, a Democrat lawmaker in Detroit, Mich., credited the drug and President Trump with saving her life. State Rep. Karen Whitsett, who tested positive for COVID-19 in March, had been aware of  “the wonders” of hydroxychloroquine after a previous Lyme disease affliction, but would never have thought to ask for a prescription for it to treat the coronavirus had Trump not been touting it as a possible treatment for COVID-19. Whitsett took the drug in combination with antibiotics and made a full recovery.
Other coronavirus patients have reported dramatic recoveries after taking the drug. CNN anchor Chris Cuomo, who has also been critical of Trump’s touting of hydroxychloroquine, was successfully treated for COVID-19 with a less safe version of the drug.

In May, multiple studies claimed that the antimalarial drug hydroxychloroquine was linked to higher rates of mortality with coronavirus patients. In response to this study, the World Health Organization and many national governments changed their policies and treatment guidelines, effectively halting trials of the drug, and shelving it as a coronavirus treatment. But it turned out that those studies were based on possibly bogus data from a small America-based company called Surgisphere.
Dr. Risch is very much aware of the reasons why hydroxychloroquine has been “disregarded.”
“First, as all know, the medication has become highly politicized. For many, it is viewed as a marker of political identity, on both sides of the political spectrum,” he noted. “Nobody needs me to remind them that this is not how medicine should proceed. We must judge this medication strictly on the science. When doctors graduate from medical school, they formally promise to make the health and life of the patient their first consideration, without biases of race, religion, nationality, social standing—or political affiliation. Lives must come first.”
“Second, the drug has not been used properly in many studies,” he said. “Hydroxychloroquine has shown major success when used early in high-risk people but, as one would expect for an antiviral, much less success when used late in the disease course.”

Risch continued, “Even so, it has demonstrated significant benefit in large hospital studies in Michigan and New York City when started within the first 24 to 48 hours after admission.”
Risch believes the scientific community will look back on the hydroxychloroquine controversy poorly.  “In the future, I believe this misbegotten episode regarding hydroxychloroquine will be studied by sociologists of medicine as a classic example of how extra-scientific factors overrode clear-cut medical evidence.”
That’s a nice way of saying the Democrats and the media, by politicizing the drug, are responsible for countless unnecessary deaths.
President Trump had the answer to defeating COVID-19 months ago. The Democratic Party and the media didn’t want it to be true and did everything they could to scare the public about the drug, letting thousands of people die just to help Joe Biden win the election.

OUT OF MIND » BREAKING NEWS & HOT TOPICS » THE GREAT DIE OFF » Hydroxychloroquine Is 'the Key to Defeating COVID-19', Says Yale Epidemiologist