If Bill Gates Were President… 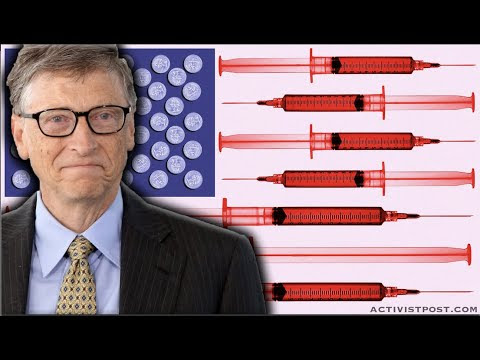 If Bill Gates Were President…

Wow, Spiro Skouras is joined by James Corbett to discuss what we can do about this Globalist juggernaut led by Bill Gates, to vaccinate “the entire Global population”, as he says.
***
Spiro: On the exact same day as Event 201, the pandemic simulation of the global coronavirus outbreak, which was hosted by Johns Hopkins, in partnership with Bill and Melinda Gates Foundation and the World Economic Forum, the World Military Games were holding their opening ceremonies, on the exact same day.
Right before the coronavirus outbreak, 10,000 military athletes – not including the support personnel – from 110 different nations around the world, all in Wuhan China, which we are all led to believe is Ground Zero of this outbreak. What are the chances of all of this? And what is your take on this, in general?
James: Well, let’s look at the generation-defining Black Ops of the past century, like for example JFK or 9/11. In operations like that, if there’s anything that we’ve learned over the years, it’s that there’s going to be 18 different cookie crumb trails embedded in these stories, so that there’s something crazy over here that’ll capture your attention – there’s something crazy over there that’ll capture your attention – that never, never will be resolved, because it’s all in the past.
Now, and there’s no way to prove anything, so people will fight and ultimately, entire warring, internecine classes of doctrines about JFK and 9/11 and whatever arise, and “You don’t agree with what I think about this particular thing.”
If we’ve learned anything, it’s that that’s actually by design, because of course, if you do want a successful Black Op to go ahead, you will have to implant a lot of crazy trails and stories and things that seem to connect in weird ways and “What the Hell is that about?” mysteries embedded in there, that of course, are fascinating and will attract the conspiracy theorists (uh, the realists) who actually want to look into what happened.
I think we’re going to have to assume that that is what is happening, with regards to this. So yes, there are all sorts of crazy things like Event 201, like the Wuhan games, like that bizarre whatever was happening around Fort Detrick last year, with the outbreak of this, and then there was the vaping thing – they were trying to blame it on…there were clusters of these these pneumonia-like illnesses that were happening. And I mean, there’s so many different things that we could look at.
And again yes, I don’t have the definitive, “Here is exactly what happened”, and I don’t think anyone will ever come to that, at this point, unless we get the signed, sealed, delivered confession from one of the insiders of the plot. Unlikely.
But what we do know and what we can absolutely prove is, all of that institutional framework and all of the preparation, all of the planning that, for decades that has gone into this very scenario; the pandemic outbreak scenario most obviously announced by the front man for this agenda right now, Bill Gates back in 2015, when he started doing the media rounds warning about the next pandemic.
So, that kind of framework. And that preparation has been laid – and I talked about this 12 years ago, in a podcast I did on Medical Martial Law, which I updated this year, when this all started rolling out, where I go through all of the the types of planning and the documentation and the model State Emergency Health Preparedness Act, that was created back around 9/11 and that was rolled out, in state after state…that has basically brought us to this point, that I can point to and I can say, “Look!”
Clearly, whether spontaneous – maybe it really did come from bat soup. It doesn’t actually matter, insofar as the way that they have responded to it is exactly what they they’ve been lusting after.
So, I think at some point, obviously the decision was made, “Okay, this is the one we’re going to use; we’re going to jump on this, let’s go for it.” But whether or not that was designed, whether it escaped, whether it was completely natural, I don’t know…
And who gets to decide that and what are their financial ties? And what does it mean that something like the Bill and Melinda ates Foundation, which is, by the way also a foundation trust, which is invested in pharmaceutical manufacturers and others that have financial ties to what happens here.
What does it mean, that they’re donating hundreds of millions of dollars to the World Health Organization, the second biggest donor to the World Health Organization, right behind the United States? Which, if they actually do withdraw their funding next year, as they’re threatening to do, would make the Bill and Melinda Gates Foundation the biggest contributor to the World Health Organization.
That is something that is a very, very big conflict of interest, that to be fair, was almost sort of broached in a recent interview with Bill Gates. The interviewer actually did push a little bit saying, ‘Well, don’t aren’t you invested in certain some of the companies that will benefit from these vaccines and of course he completely danced around that question.
But could you imagine a world in which the press actually held Gates’ feet to the fire on that issue? Because, that would start to tease out some of these the implications of what you’re talking about there. For example, the Bill and Melinda Gates Foundation being one of the largest contributors to the World Health Organization.