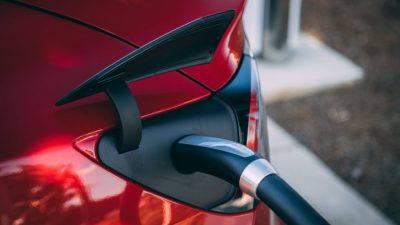 The United Nations (U.N.) announced Sunday the electric car boom will result in a number of devastating ecological side effects for the planet.
While the shift to electric cars reflects ongoing efforts to reduce the world’s dependence on fossil fuels, the UN warns that the raw materials used to produce electric car batteries are highly concentrated in a small number of countries and their extraction and refinement pose a serious threat to the environment.
The U.N. trade body, UNCTAD, has issued a new report breaking down some of the unintended negative consequences of the shift, which include ecological degradation as well as human rights abuses.
The report notes that metals such as cobalt, lithium, manganese, copper, and minerals like graphite “play a significant role in energy-related technologies such as rechargeable batteries that are used in a variety of applications ranging from electronics to electric vehicles as well as in renewable energies such as nuclear, wind, and solar power.”
Several of these raw materials are quite rare and have few or no substitutes and they come from specific areas of the globe. More than half the world’s supply of lithium, for example, a key component of lithium-ion batteries, comes from beneath the salt flats in the Andean region of Chile, Bolivia, and Argentina.

The production of these raw materials “is often associated with undesirable environmental footprints, poor human rights and worker protection,” the report asserts.

In Chile, for instance, “lithium mining uses nearly 65% of the water in the country’s Salar de Atamaca region, one of the driest desert areas in the world, to pump out brines from drilled wells,” the U.N. notes, because nearly 2 million liters of water are needed to produce a ton of lithium.
Rechargeable Electric Car Batteries. Strategic Raw Materials

This has “contributed to environment degradation, landscape damage and soil contamination, groundwater depletion and pollution,” the U.N. states.

In its report, UNCTAD estimates that some 23 million electric cars will be sold over the coming decade and as a result the market for rechargeable car batteries is forecast to rise by over 700 percent in just four years, from its current level of $7 billion to $58 billion by 2024.
Along with lithium, another key component of electric car batteries is cobalt, and two-thirds of all cobalt production happens in the Democratic Republic of the Congo (DRC), The U.N. observes.
The U.N. Children’s Fund (UNICEF) reports that about 20 percent of cobalt supplied from the DRC comes from artisanal mines, “where human rights abuses have been reported, and up to 40,000 children work in extremely dangerous conditions in the mines for meagre income.”
The U.N. also fears that cobalt-copper mines in DRC may contain sulphur minerals that contribute to Acid mine drainage (AMD), a phenomenon that causes pollution or contamination of surface water, thereby increasing the toxicity of rivers and drinking water.

“The environmental impacts of graphite mining are very similar to those associated with cobalt mining,” the report adds.

Last December, a prominent professor at the Copenhagen Business School said that attempts to rein in global warming by driving electric cars were nothing other than “pointless virtue signaling.”

“It is absurd for middle-class citizens in advanced economies to tell themselves that eating less steak or commuting in a Toyota TM-0.18% Prius will rein in rising temperatures,” stated Bjørn Lomborg, the director of the Copenhagen Consensus Center and author of The Skeptical Environmentalist.
“Although I am a vegetarian and don’t own a car, I believe we need to be honest about what such choices can achieve,” Lomborg declared.
Although electric cars are “branded as environmentally friendly,” the fact is that “generating the electricity they require almost always involves burning fossil fuels,” he stated.
“Moreover, producing energy-intensive batteries for these cars invariably generates significant CO2 emissions,” he wrote, so that electric cars have a huge carbon deficit when they hit the road, and “will start saving emissions only after being driven 60,000 kilometers.”

Even if the percentage of electric cars in the world were to rise to 15 times their present numbers, electric cars would only reduce global CO2 emissions by 1 percent, he declared, citing a report from the International Energy Agency (IEA).
For his part, IEA Executive Director Fatih Birol said that in 2018, electric cars saved 40 million tons of CO2 worldwide, sufficient to reduce global temperatures by a mere 0.000018°C — or a little more than a hundred-thousandth of a degree Celsius — by the end of the century.

“If you think you can save the climate with electric cars, you’re completely wrong,” Birol said.

*
Note to readers: please click the share buttons above or below. Forward this article to your email lists. Crosspost on your blog site, internet forums. etc.
Featured image is from the author
The original source of this article is Eco Central
Copyright

Posts : 16
Join date : 2020-05-01
Age : 97
Location : australia
It is obvious that there is still the mistaken opinion that emissions relate to climate changes.
The answer of course, is the release of Free Energy which is being withheld because of the ''impact it would make on the monetary system'', quoting Morgan in answer to the proposal by Tesla.

» KHALILAH MITCHELL - WARNS AGAINST CORONA VACCINE AFTER SUFFERING TERRIBLE SIDE EFFECTS
» The Pfizer Vaccine Only Has 1,291 Side Effects!
» 6 Serious COVID Jab Side Effects You're Not Hearing About
» Ask yourself: Why are there no prescription medications without horrific side effects?
» New possible side-effects of mRNA COVID-19 shots