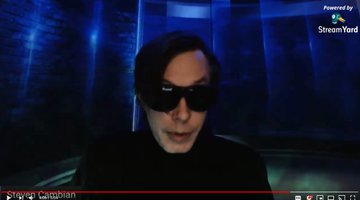 In Jeremy Corbell's documentary, he glanced over the glaringly obvious facts that Bob Lazar totally lied about his education. In the documentary, Corbell had access to Bob Lazar's mother and sister. He failed to ask Lazar's mother if she attended his graduation from either Cal-Tech or MIT. He failed to ask Lazar's mother if she remembered him going to either cal-tech or MIT. I pressed Corbell to ask Bob for his master's thesis from either Cal-Tech or MIT. He promised he would but never did, and he failed to present the real evidence Bob Lazar's claimed educational credentials were a total fraud in his so called documentary. No one gets access to Lazar or Lazar's family to interview, but he did. Why then, did the one person given this kind of access completely fail to ask real hard questions about his education? Does your mother know where you went to college? Mine does. Everyone's mother knows where they went to school. Jeremy Corbell either failed to ask his mother where he went to college or he did and did not like the answer he got and cut it from his film. I pressed him on this and I got blocked by him on social media because he is an intellectual weakling and a ufo profiteering coward that can not withstand debate. ' No one who will ask Bob Lazar or his family real questions gets access. Corbell did. He cried on a podcast about this point I made but not naming me saying "How does he know what questions I asked his mother?" I don't know what questions you asked his mother. You didn't include any hard questions for either his mother or sister in your so called documentary. Your documentary left out every bit of evidence Lazar is a fraud. Mr. Corbell neglected to ask his mother or sister any questions about his educational claims. Only Corbell was given access and interview rights to Lazar's family. No one else is ever given that level of access. Either he didn't bother to ask these questions, or he did and didn't like the answers Lazar and his relatives gave and cut it from the film. Those really are the only two possibilities after all. Either possibility paints Corbell as either completely incompetent, or a profiteering huckster not interested in the truth. Perhaps Corbell is only interested in a story he can sell, real or fake it doesn't matter to Corbell. Apparently he care more about profit than the truth. The evidence is clear. Bob Lazar totally made up his fake education. He never attended Cal-Tech or MIT. His whole story starts with his educational claims which are entirely fictitious and made up. If a fantastic story begins with a bold faced lie, why then can we believe the rest of the story? Corbell failed miserably, or he just played ball. I can't get an interview with Lazar, his mother, his sister, or George Knapp. Corbell had incredible access and he gave us a pro-Lazar propaganda piece. Why? Because he knew that would sell, and telling the truth was just not profitable. Only stupid people believe Bob Lazar's story since the story begins with his fake educational credentials. Corbel. only you had access. You either got to the truth and it did not fit your narrative or you were too lazy to do any real work, being the only person in twenty years given any kind of access. In court filings Bob Lazar claimed his undergraduate degrees came from Pacifica university. The only actual college records that can be proved is him taking an electronics course from Pierce jr. college. Pacifica university is a fake school that sells fake degrees to people. You can not get into either MIT or CAL-TECH with a fake purchased undergraduate degree from a fake school or one course taken at a local community college. Jeremy Corbell sold a lie packaged as a "Documentary". Its not, its a profit driven fairy tale. Jeremy Corbell is a liar and a UFO profiteer, and nothing more, and he, Knapp and Lazar conspired together to make money. Don't let their lust for money and profit fool you. Lazar's claimed educational credentials are a total fraud. And so is Lazar's entire story. Why did Lazar allow Corbell to make a documentary about him? Its because they all played ball together to make money. Lazar's whole story starts with his fake education, it begins with a bold faced lie. Whats next? More bold faced lies. Do not be fooled by these people willing to lie to profit. The Bob Lazar story? Its a money making scheme. It has been since the very start of it. Since coming out with his story, Bob tried to cash in on the story every chance he got, despite his claims of not making any money from the story. His latest cash grab (His book) Afforded him a new million dollar home.