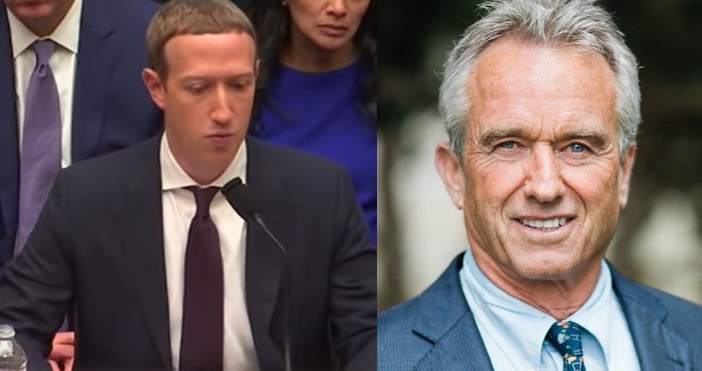 by Children’s Health Defense
An online press conference will take place Wednesday, 8.19.20 at 3:00 p.m. ET with the legal team and a key witness whose online content Facebook falsely disparaged.
Washington, DC—August 18, 2020—Children’s Health Defense (CHD) filed a lawsuit on Monday in San Francisco Federal Court charging Facebook, Mark Zuckerberg, and three fact-checking outfits with censoring truthful public health posts and for fraudulently misrepresenting and defaming CHD.
CHD is a non-profit watchdog group that roots out corruption in federal agencies, including Centers for Disease Control and Prevention (CDC), the World Health Organization (WHO), and the Federal Communications Commission (FCC), and exposes wrongdoings in the Pharmaceutical and Telecom industries. CHD has been a frequent critic of WiFi and 5G Network safety and of certain vaccine policies that CHD claims put Big Pharma profits ahead of public health. CHD has fiercely criticized agency corruption at WHO, CDC and FCC.
According to CHD’s Complaint, Facebook has insidious conflicts with the Pharmaceutical industry and its captive health agencies and has economic stakes in telecom and 5G. Facebook currently censors CHD’s page, targeting its purge against factual information about vaccines, 5G and public health agencies.
Facebook acknowledges that it coordinates its censorship campaign with the WHO and the CDC.
While earlier court decisions have upheld Facebook’s right to censor its pages, CHD argues that Facebook’s pervasive government collaborations make its censorship of CHD a First Amendment violation.
The government’s role in Facebook’s censorship goes deeper than its close coordination with CDC and WHO.
The Facebook censorship began at the suggestion of powerful Democratic Congressman and Intelligence Committee Chairman Representative Adam Schiff, who in March 2019 asked Facebook to suppress and purge internet content critical of government vaccine policies.
Facebook and Schiff use the term “misinformation” as a euphemism for any statement, whether truthful or not, that contradicts official government pronouncements.
The WHO issued a press release commending Facebook for coordinating its ongoing censorship campaign with public health officials.
That same day, Facebook published a “warning label” on CHD’s page, which implies that CHD’s content is inaccurate, and directs CHD followers to turn to the CDC for “reliable, up to date information.”
This is an important First Amendment case that tests the boundaries of government authority to openly censor unwanted critique of government
Attorneys Robert F. Kennedy, Jr., Roger Teich, and Mary Holland represent Children’s Health Defense in the litigation.
The lawsuit also challenges Facebook’s use of so-called “independent fact-checkers” – which, in truth, are neither independent nor fact-based – to create oppositional content on CHD’s page, literally superimposed over CHD’s original content, about open matters of scientific controversy.
To further silence CHD’s dissent against important government policies and its critique of Pharmaceutical products, Facebook deactivated CHD’s donate button, and uses a variety of deceptive technology (i.e. shadow banning) to minimize the reach and visibility of CHD’s content.
In short, Facebook and the government colluded to silence CHD and its followers. Such tactics are fundamentally at odds with the First Amendment, which guarantees the American public the benefits to democracy from free flow of information in the marketplace of ideas.
It forbids the government from censoring private speech—particularly speech that criticizes government policies or officials. As Justice Holmes famously said, “the best test of truth is the power of the thought to get itself accepted in the competition of the market.”
The current COVID pandemic makes the need for open and fierce public debate on health issues more critical than ever.
Mark Zuckerberg publicly claims that social media platforms shouldn’t be “the arbiters of truth.” This case exposes Zuckerberg for working with the government to suppress and purge unwanted critiques of government officials and policies.
The court will decide whether Facebook’s new government-directed business model of false and misleading “warning labels,” deceptive “fact-checks,” and disabling a non-profit’s donate button, passes muster under the First and Fifth Amendments, the Lanham Act, and RICO. Those statutes protect CHD against online wire-fraud, false disparagement, and knowingly false statements.
CHD asks the Court to declare Facebook’s actions unconstitutional and fraudulent, and award injunctive relief and damages.
During the press conference, lawyers will take questions from the media and concerned citizens. Register below to receive a link to the press conference.

Read the full article at ChildrensHealthDefense.org.
Comment on this article at HealthImpactNews.com.

» Robert F. Kennedy, Jr. Files Amended Complaint in Lawsuit Against Facebook and “Fact Checkers”
» Who Funds Facebook Fact Checkers?
» Facebook’s Zuckerberg Called Out by The BMJ for ‘Incompetent’ Fact Check on Pfizer Story
» Fact-Check Foul Play: How Fact-Checkers Lie and Manipulate
» FAKEBOOK Will Use Snopes And Other "Fact-Checkers" To Lable/Control Fakebook 'News'..