Chaos in Kenosha - Infiltration Not Invasion 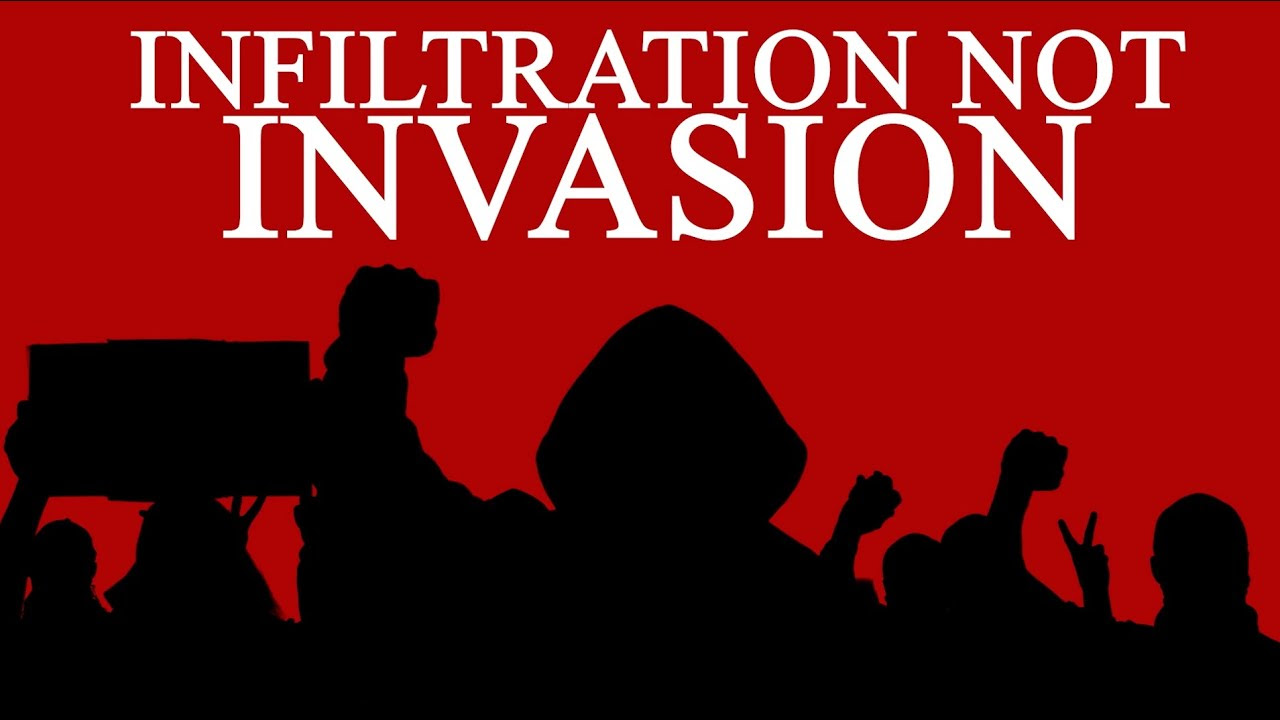 h/t to Harry the Greek at Brassballs.blog
After weeks and weeks of so-called “George Floyd protests” across the country, with America’s largest corporations donating billions of dollars to Black Lives Matter, an organization which has done almost nothing for the Black community in the seven years since its founding, it’s become evident that the allegation of “Systemic Racism” is being used as a cover for a Socialist insurrection that is backed by the most powerful entities in the world.
The UN and its agencies, including the World Health Organization, Big Tech, major corporations, NGOs, academe, teachers’ unions, Hollywood, the Mainstream Media, the DNC, BLM and Antifa are all united in their express mission to end the Constitutional Republic of the United States; to “transform” it and to fold it into a One World Big Pharma Technocracy.
This was crystallized in a speech made by Minnesota Rep. Ilhan Omar on July 7th, in which she said, “We cannot stop at criminal justice system [reform], we must begin the work of dismantling the whole system of oppression wherever we find it.”
Omar has previously called to eliminate the Department of Homeland Security and to replace the US Government’s border control apparatus with a United Nations-run system.
Where did Omar get this idea? We’ll find out…
We’re learning that the reason the George Floyd riots have been so persistent and destructive over the past couple of months is because dozens of District Attorneys, prosecutors, judges, mayors, governors and lawmakers are complicit in these terror acts. They’re not just ordering police to stand-down during mass-looting and arson attacks, they’re calling for their police departments to be dismantled, while they release thousands of criminals to commit more crimes.
What other explanation is there for local governments calling to dismantle the criminal justice system during a time of unprecedented domestic unrest than that these politicians are actively working to collapse the very structure they were elected to defend?
George Soros spent millions over the past few years, placing his assets across the country to do his bidding, like Kim Foxx, the Illinois State District Attorney in Cook County who shot to fame when she dropped 16 felony charges against Jussie Smollett. Foxx is now calling for prosecutors to drop felony charges against BLM protestors.
In St. Louis, Soros-backed prosecutor, Kim Gardner charged a couple with felonies for the legal act of defending their home by displaying their registered guns to hundreds of protestors who broke down the gates to their home and threatened them on their lawn.
Besides Soros, there are many UN-backed initiatives that seek to dismantle the US legal system. One of these is known as the Strong Cities Network, launched in 2015 by then-Attorney General Loretta Lynch, during an address to the United Nations General Assembly.
The Strong Cities Network – or the SCN – is a program that hands over control of local law enforcement to a London-based think-tank called the Institute for Strategic Dialogue. The ISD is focused on abolishing the 2nd Amendment and local police departments.
A quick search of the ISD’s website reveals a Board of Trustees comprised of a Who’s Who of top-tier Globalist, one-world government, Council on Foreign Relations, Trilateral Commission and Bilderberg Group power brokers.
The Strong Cities Network is a move toward international integration of global law-enforcement agencies. This is antithetical to locally controlled police, that are a part of, and accountable to the communities they serve. It also violates the Constitution.
Forty-six US cities, including New York, Los Angeles, San Diego and Louisville have already signed onto the SCN, which allocates US Taxpayer money to pay the UN to install Human Rights police review boards, because according to the UN, America is a “racist society’, in need of intervention.
And who will be managing these Human Rights police review boards? Lifelong Communist, former President of Chile and Hillary Clinton BFF, Michelle Bachelet, who is now the UN’s High Commissioner of Human Rights.
What is Michelle Bachelet’s agenda? To get rid of the police unions. Who agrees with her? Congress.
House Bill 7120: the George Floyd Justice in Policing Act of 2020 passed in Congress on June 25th and it is making its way to a Senate vote.
House Bill 7120 gives the UN High Commissioner of Human Rights, Michelle Bachelet the power to dismiss police as soon as a complaint is filed, without an investigation and to fine the alleged wrongdoers. These fines are then awarded to the State – not to the people who were allegedly injured.
This is a tried-and-true plan that NATO has used, in conjunction with the CIA for a takeover, city-by-city of all of a country’s police departments. It’s a tactic that was outlined in a book by Doug Valentine called ‘The Phoenix Program’.
What is proposed in House Bill 7120 has previously been done by UN Peacekeepers in Bosnia, Kosovo, Afghanistan, Kazakhstan, Syria, Libya, Sudan, Yemen and Haiti.
How could this happen in America? If House Bill 7120, which has already passed in Congress, passes the Senate and if former V.P. Joe Biden is elected President. Biden will sign it.
If President Donald J. Trump will no longer be there to veto it.