OUT OF MIND » SUPER SCAMMERS!! RV & DINARIAN FRAUDS & THOSE THAT BUST THEM OUT! » NEIL the conman KEENAN » CONMAN NEIL KEENAN UPDATE - Footsteps Of The Amanah

This e-Book is about the FOOTSTEPS of a man named Neil Francis Keenan that he made on his journey to becoming the elected AMANAH, the principal TRUSTEE of the underlying assets and collateral of the global financial and economic system.
This is a brief history [77,329 words] of this exceptional man as he trekked through the world of business and finance, always giving and helping, and making the World a better place. This is his story.
It is necessary to understand what the AMANAH is.” In Arabic “amanah” means “trustee” or one who holds someone else’s assets that have been deposited and entrusted to them and usually under a written agreement or record. 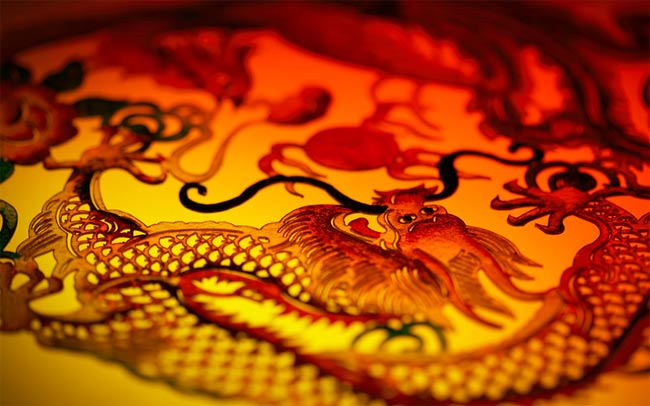 This was the case prior to and following WW ll, whereby the Dragon Families moved a large portion of their wealth into hidden bunkers throughout Asia but particularly to Indonesia.

This individual is directly responsible and in charge of the deposits in all the bunkers placed there by the Golden Dragon Families. It’s like the CEO of all the golden, monies and precious stones placed there for generations. The only prior Amanah was Indonesian President Soekarno in the 1960’s during the JFK presidency… 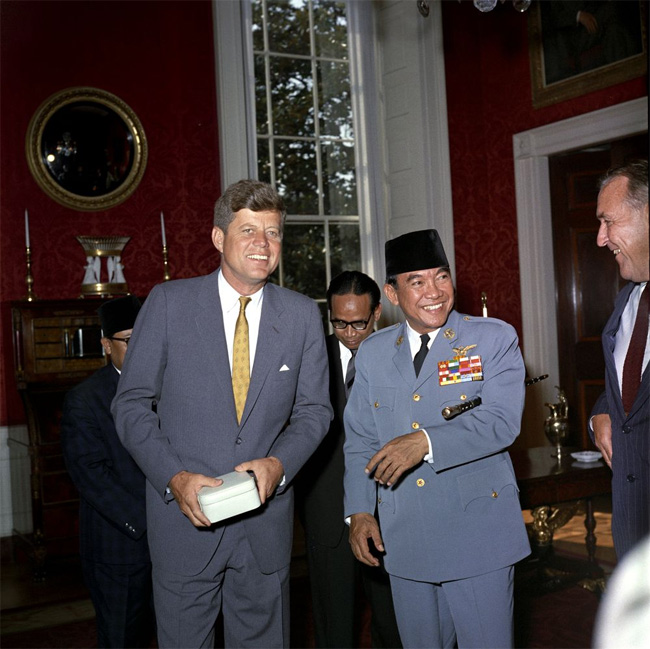 President John F. Kennedy with President Soekarno
(Further details on the Amanah position follow in a later section.)
It is his story of where he purposely put his footsteps while trampling on falsehoods and those that perpetrate them. When you finish reading this chronology, you will realize that this one man DID ALL THAT and is still going stronger than before. 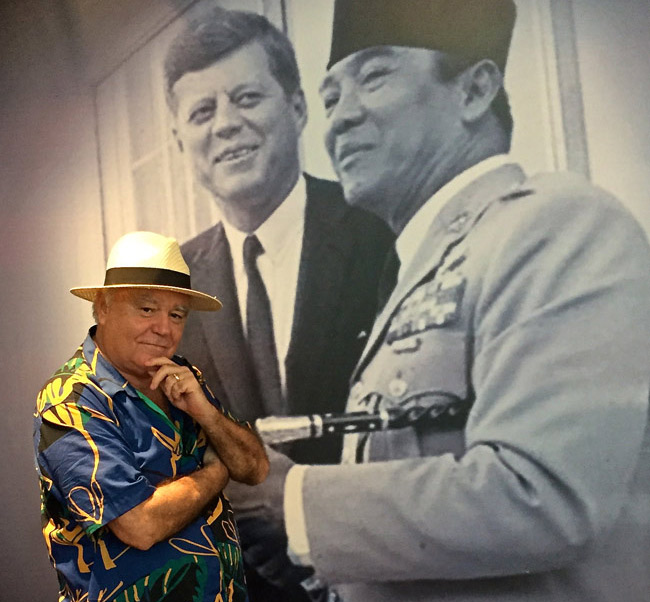 Neil Keenan is the modern day “Man from La Mancha”, the Don Quixote of our era.
His windmills have been and still are those institutions and governments that are Illuminati constructs and puppet administrations.

He has been fighting the fight of a lifetime, from his Trillion Dollar Lawsuit to exposing the corruption and false narratives invading our societies. He names names and details what took place and often what will happen in truth.
Some say that he has bulldog DNA as when he attacks, he goes for the jugular… and never lets go! And there are a lot of evil people in his crosshairs that have reason to worry, because as Amanah, Neil has the legal authority to issue global arrest warrants.
And Neil has the global connections at the very top, within the 1% and “Above” that constantly feed him information. World leaders call him… regularly. He does not have to call them. That is the aura of the man. That is why he is the AMANAH.
Everyone who has shared a moment with Neil knows that he is an adventure story happening in almost every moment. So this brief introduction should give you a better understanding of the true character of the man and why he was unanimously elected as the “AMANAH.”
This is typical of Neil, as he plays a game until he becomes exceptionally proficient at winning. It can be physical sports, mental sports like chess or business ventures in the professional financial arena. He plays to WIN… and win he does.
From an early age Neil had been (without realizing) establishing a network throughout the Western hemisphere. This had become so large that even before going off to University one could say that Neil had a ‘database’ of contacts that was second to none.

This seemed to be the path to Neil’s life. Even when he played his sports, whether in the US, Canada or Europe. He made connections wherever he went.

Just keep in mind Neil did not always call said connections looking to make a deal, he would ofter call them just to make sure they were okay. This is how Neil managed things he liked to make sure people he liked were OK and if not what could he do to help them.

Fortunately the real players liked having this young man asking them if they were okay, realizing that Neil was looking for nothing and just making sure his “friends” were okay.

As Neil grew older so did his data base. By thirty years of age he had travelled throughout the Western Hemisphere making friends everywhere. It would not have been a strange site to see Neil in a restaurant or club having drinks with a President or major politician in any of the Latino or Caribbean countries.

It was just a matter of time for expansion. Neil was filled with energy and had to release it and release it he did.
In Europe he met with Popes and Kings, Presidents and Ministers, the Top Bankers and business leaders. What he saw and learned was that Europe under the European Union was a mess of bureaucratic rules and regulations that stifled business and only enhanced the very wealthy controllers. 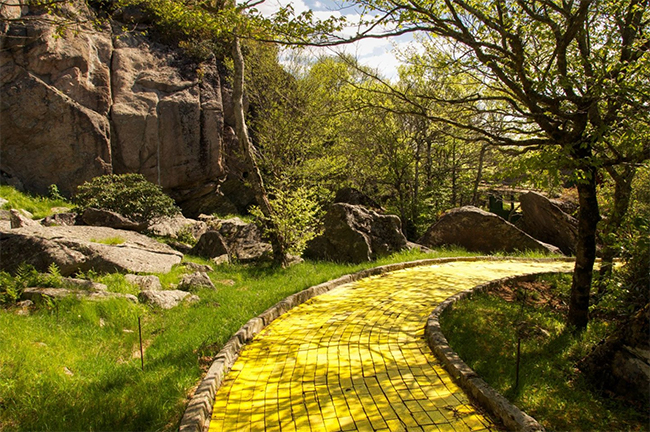 The whole system was based on fraudulent deception and corruption, and he did not want to be a part of it.
But he did spend his time studying the systems, methodologies and technologies being employed. He took time to “know thy enemy” and spent months living in Switzerland.
Neil found that the foundation of financial wealth actually came from the East and from the ground through the sweat and toil of mankind and not from pencil pushing thieves. Thus in the early 2000’s he changed his focus again. He was looking East through Russia, China, Japan, Indonesia and Southeast Asia. 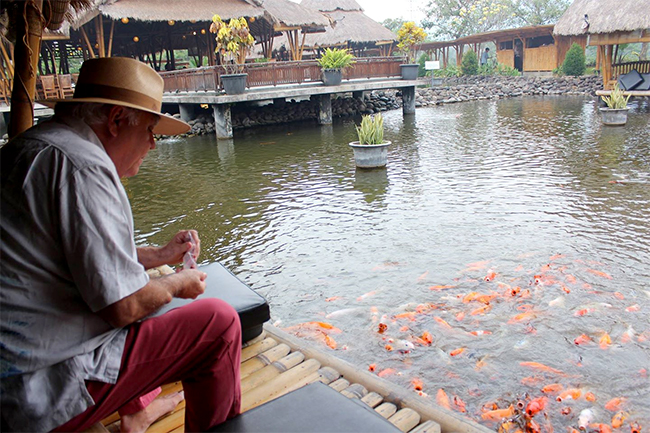 His feet got on the Yellow Brick Road and it led him to the late Count Albert and the true Asian Dragon Families and the underlying truths behind global banking and finance as explained by his friend, the late Dr. Van De Meer.
This journey now follows the timeline of the Footsteps of the AMANAH from 2008 till today.

This is the true story of Neil Francis Keenan and the most recent challenges that he and his Team, Group-K, have had to face for him to become the global AMANAH, The Trustee of the underlying assets and collateral that is the foundation of the World’s financial and economic wealth.
These are Neil’s Footsteps down the Yellow Brick Road and an account of only some of the encounters and exposures along the way.

There is much more in the archives of his website and posted videos, and that too is only a partial part of the real life story.
This reads like a movie novel and at the end you will reflect back and say “PHEW! He did all THAT!”

Well, HE DID.
I am I. Neil Francis Keenan

DON QUIXOTE
Hear me now
Oh thou bleak and unbearable world,
Thou art base and debauched as can be;
And a knight with his banners all bravely unfurled
Now hurls down his gauntlet to thee!
I am I, Don Quixote,
The Lord of La Mancha, ?
My destiny calls and I go,
And the wild winds of fortune
Will carry me onward,
Oh whithersoever they blow.
Whithersoever they blow,
Onward to glory I go!

I AM I. Neil Francis Keenan
The difference is that Neil is not throwing his gauntlet down before windmills, but he is standing strong before the fortresses of the Illuminati Cabal and the steps of their un-Holy banks.
He chose and has been chosen.
And his footsteps are on the path of a “glorious quest” to reach what no man has reached before. This is an amazing journey that he is sharing for mankind.
The powerful words of these verses describe a man that is not a delusional romantic, but a dedicated champion of mankind determined to WIN against all odds. This is the Neil Keenan, the Man of Providence.

OUT OF MIND » SUPER SCAMMERS!! RV & DINARIAN FRAUDS & THOSE THAT BUST THEM OUT! » NEIL the conman KEENAN » CONMAN NEIL KEENAN UPDATE - Footsteps Of The Amanah