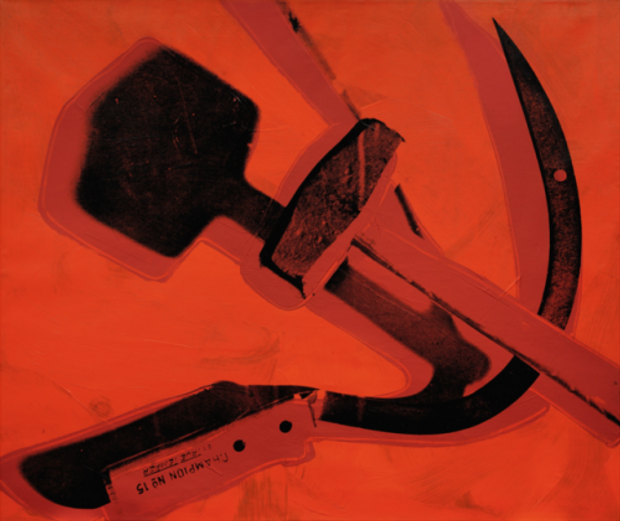 [ltr]A few days ago, Kentucky Senator Rand Paul made an impassioned speech to the Republican National Convention, endorsing Donald Trump’s bid for a second term on the grounds that he is the only president of his generation legitimately attempting to unentangle American troops from foreign wars. He pointed out that President Trumps opponent Joe Biden voted for the Iraq war, supported the war in Serbia, Syria and Libya and will continue to spill American blood overseas. [/ltr]

[ltr]At the end of the convention, a couple of days later, as Senator Paul left the building at midnight, he and his wife were accosted by a “crazed mob” who shouted incoherently at him “to say her name!” They were referring, as best as can be surmised, to Breonna Taylor, a Black Kentucky woman who was senselessly gunned down by police, like so many have been in America, both Black and White. (1)[/ltr]

[ltr]Taylor is just another tragedy in a long list of them, including my own which I related in Jack Heart: Disband the police and elect sheriffs, caused by police departments that never should have been. [/ltr]

[ltr]What does any of that have to do with assaulting one of the few in Washington that does not belong on the end of rope? The answer is of course nothing, these are not “peaceful protestors,” but an incoherent mob, protected and mollycoddled by the very same police they would have you believe are their enemies. [/ltr]

[ltr]Twenty years plus as a bouncer in some of the toughest night clubs in this country has taught me that the only answer to unreasoning violence is greater violence. In the nineties, these mass demonstrations of violent hysteria in America would never have been possible because they would have been met by armed militias in the street and their participants gunned down, just like the mad dogs they are. But now, because the police infiltrated those militias and in many cases fabricated evidence against them, bringing trumped up felony charges against every one of them possible, and jailing their leaders forever, America has no answer to these twenty-first century Marxist Vandals.[/ltr]

[ltr]The police along with the even more corrupt FBI, if that’s even possible, have done no such thing to ANTIFA or Black Lives Matter. This lack of response is in spite of the fact that these communist organizations are attacking the very same taxpayers who pay these malingerers salaries. [/ltr]

[ltr]Kyle Rittenhouse should be freed today and never should have been arrested. Organizers of the riots in Wisconsin clearly stated that they intended to riot and destroy property before they even began. In fact they told their own supporters not to show up if they were expecting a peaceful protest. [/ltr]

[ltr]Thirty businesses in Kenosha were burned to the ground and Rittenhouse himself was pursued through the streets by an angry mob and knocked down to the ground with the mob intending to do further bodily harm to him. That’s when he opened up, it’s all on video. It’s outrageous that he ever was even arrested but who arrested him? Well that would be the police once again siding with the Bolshevik insurrectionists, just like I watched them do in New York for months.[/ltr]

[ltr]When I asked him if BLM had permits to demonstrate, a cop at the scene in NY told me they didn’t, but the police department had to work with the protesters because of all the recent trouble. Yes and work with them they did, to threaten the counter protestors, many with athletic scholarships on the line, that showed up waving American flags ready to beat the scrawny Bolsheviks senseless, with arrest if they didn’t disburse before BLM got there. [/ltr]

[ltr]Our heroes, according to the treasonous “right wing” media, then used their squad cars, paid for by those very same business owners taxes they were economically assaulting, to block the main roads of Kings Park. This they did five separate times according to the cop I questioned. This was all done so that some White women posing as disadvantaged Blacks could sit in the filth, because they are too obese and out of shape to stand for six hours. I personally witnessed these criminal actions of so said law enforcement and know for a fact they further crippled middle class entrepreneurs already hamstringed by Governor Andrew Cuomo’s viscous response to a COVID pandemic that may or may not even exist.[/ltr]

[ltr]Unfortunately for Rittenhouse, a seventeen year old kid who thinks he supports Blue Lives Matter, just like all the rest of the ignorant Blue Lives Matter clowns out there, is now going to find out the police are nobodies friend but the guy who signs their paycheck. Understand this, if you have never understood one single fact in your life outside the lies spoon fed to you by a media which under Ronald Regan was allowed to be bought up by the very globalists who think they are going to ram communism down Americas throat; the police are mercenaries. As they are the police must be disbanded and reorganized under duly elected sheriffs or America will be a Soviet Socialist Republic. Mark my words carefully.[/ltr]

[ltr]Which brings us to New York City’s animal of a Mayor; Bill de Blasio an ex-Sandinista hell bent on taking down Americas greatest city. The police in NYC give lip service to their friends and family about how much they hate the “pinko fuck.” But meanwhile de Blasio, known to his Sandinista comrades back in the eighties as Wilhelm, walks the streets of NYC unmolested by the very taxpayers he is sodomizing because the police are protecting him. [/ltr]

[ltr]In NYC, it is very clear that the police are the are the enemy within who for the sake of their pensions have laid the city to waste. More so even than de Blasio, who on his own would have been physically removed from office when he first started painting graffiti on NYC streets with his crack baby constituents months ago. [/ltr]

[ltr]At the same time Rand Paul was giving his impassioned antiwar speech to the RNC, de Blasio was ridiculing the plight of NYC restaurant owners in the face of his obscene COVID laws. According to the New York Post, which real New Yorkers consider a far more legitimate source of news than the rabidly globalist New York Times: “De Blasio set tongues wagging on Tuesday when he pooh-poohed the struggle restaurateurs face by describing their business as an “optional” activity for people with money that can wait…” (2)[/ltr]

[ltr]Americas history has been contrived by Jewish communists, who now dominate the educational system in the same way Blacks dominate its basketball courts. They virulently hate America, and in many cases it is they who are leading the mobs out in the street. Perhaps Americans need a little lesson in real history and not communist propaganda.  [/ltr]

[ltr]In the aftermath of the WW I, Bavaria was careening wildly out of control. Career subversive and draft dodger Kurt Eisner was speaking before huge audiences promising socialist reforms. On November 7, 1918 he mobilized a mob of some sixty thousand demonstrators in Munich and the tottering House of Wittelsbach, which had ruled Bavaria for seven hundred years, collapsed. The king fled into exile. The very next day Eisner proclaimed himself the new ruler of the Bavarian “free state.” He was shot dead in the street three months later by Anton Arco-Valley a German Jewish aristocrat closely affiliated with the Thule Society which was now mobilizing all of Germany against the Bolshevik menace. The police were not nor were they ever going to be any help at all.[/ltr]

[ltr]By early April 1919, a collection of crazed Bolsheviks under the direct command of Vladimir Lenin in Moscow proclaimed, “a revolution of love” and Bavaria a “Soviet Republic.” In between wiring Lenin that Bavaria’s interim government had fled Munich, taking with them the keys to the ministry toilet, Bavaria’s new government issued a proclamation making the private ownership of guns a crime punishable by death which the Munich police duly enforced. The new Soviet Republics foreign minister: Franz Lipp, an ex-mental patient who had once been institutionalized, declared war on Switzerland for its refusal to lend him sixty trains.[/ltr]

[ltr]Hostages, reputed to be members of the Thule Society, were taken from among the leading citizens of Munich. By the time these Russian born “German” Bolsheviks, instigated by Lenin, celebrated Walpurgis Eve by brutally murdering their hostages, Germans had seen enough. Battle hardened volunteers called Freikorps, organized by the Thule Society, were already encircling Munich. [/ltr]

[ltr]Among the murdered victims were Prince Gustav of Thurn and Taxis and the Thule Society secretary Countess Heila von Westarp. Also slain was Jewish German nationalist professor Ernst Berger. It would turn out badly for the Bolsheviks. The prince was not only one of the most powerful men in the Thule Society he was one of the most powerful men in all of Germany.[/ltr]

[ltr]Three days later, thirty thousand enraged WW I veterans stormed Munich. In viscous street fighting they made short work of the makeshift red army and its leader, Russian born, Eugen Leviné. A thousand Bolsheviks were killed in the fighting and almost a thousand more would be executed, including Leviné. Nowhere and do mean nowhere did the Munich police ever lift a finger to protect Munich.[/ltr]

[ltr]Stop! Stop already you newbie right wing Militia people, whom I will gladly fight side by side with against the communists, with your historically untenable belief that the police are your friends. As it stands now, they are a far a more dangerous enemy than the scrawny homosexuals and three hundred pound Lesbians with blue hair that seem to make up the bulk of the ANTIFA and BLM strike force. For the sake of freedom, learn what freedom is…[/ltr]