Google claims to have simulated chemistry using a quantum computer for 1st time in human history Sat Aug 29, 2020 9:43 am 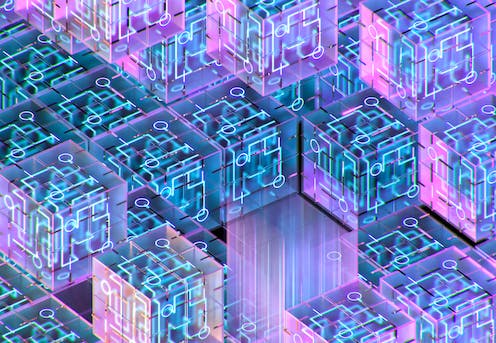 Researchers at Google claim to have run the first-ever simulation of a chemical reaction using quantum technology, in a move which may mark a new era in our understanding of the universe around us.
The Google AI Quantum team used their 54-qubit quantum processor, Sycamore, to simulate changes in the configuration of the admittedly rather basic molecule called diazene, which consists of two nitrogen atoms and two hydrogen atoms.
Sycamore, like all quantum computers, uses logical units called qubits which exist in the hazy, ‘either/or’ realm of theoretical physics, which allows quantum computers to carry out unfathomably complex calculations of a type and on a scale that traditional computers cannot handle – essentially performing the erstwhile impossible.
The research was published in the journal Science and may mark the humble beginnings of an entirely new approach to chemistry.
The team also used Sycamore to calculate the binding energy of hydrogen in increasingly bigger chains of molecules. This was also not impossible to do before but was extremely difficult and extremely time-consuming.Regardless of the apparent simplicity of the diazene molecule, the quantum computer successfully managed to accurately describe the development and positional changes of the hydrogen atoms when forming different diazene isomers (two or more compounds of similar kinds and numbers of atoms, but differing in structural arrangement).
Sycamore achieved results in mere minutes that would take current supercomputers thousands of years to compute; exactly the kind of computational power needed to affect an unprecedented sea change in our understanding of the fundamental building blocks of the world around us.
Even more amazing is the fact that the Google engineers only used 12 of the 54 qubits in the Sycamore processor to perform the diazene calculations.
Scaling the algorithm up to simulate reactions in bigger, more complex molecules, is merely a matter of employing more of the Sycamore device’s qubits while tweaking the calculations slightly.
However, the researchers were quick to downplay the exercise... for now. This could soon lead to stronger, more durable materials, better and more effective pharmaceuticals, and unlocking some of the fundamental processes in the universe.
“We’re doing quantum computations of chemistry at a fundamentally different scale now,” Ryan Babbush at Google says.
“The prior work consisted of calculations you could basically do with pencil and paper by hand, but the demonstrations we’re looking at now, you’d certainly need a computer to do it.”
Babbush also believes that, once the technology is fully realized and developed, we may even be able to develop entirely new chemicals using quantum simulations.