Judge Gives EPA One More Chance to Do Its Job and Halt Fluoridation of Drinking Water Sat Aug 29, 2020 9:47 am 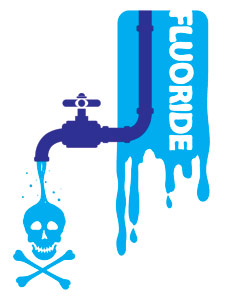 Judge Gives EPA One More Chance to Do Its Job and Halt Fluoridation of Drinking Water
Published: August 28, 2020

Authored and Contributed to TLB by: The Children’s Health Defense Team

In August, a landmark David-versus-Goliath federal lawsuit brought by citizens against the Environmental Protection Agency (EPA) to end fluoridation of drinking water took another giant step forward. The lawsuit—spearheaded by a coalition of nonprofits and individual citizens—resulted in a two-week trial in June (via video conference) that synthesized the findings of hundreds of studies, including two landmark birth cohort studies funded by the National Institutes of Health. The evidence, which included important admissions from EPA’s own scientists, makes clear that the fluoridation chemicals consumed by over 200 million Americans present an unreasonable risk of neurotoxic effects, including reduced IQ and ADHD symptoms, particularly for babies in the womb and bottle-fed infants. Buttressed by a 2,500-page Citizens Petition and the expert testimony of four internationally recognized scientists, lead attorney Michael Connett asserted that the EPA has been derelict in its duty, spelled out under the Toxic Substances Control Act (TSCA), to limit or ban toxic chemicals that pose unreasonable risks—and especially, as this case underscored, risks to the developing brain.
At the close of the June proceedings—during which the EPA shunned its own in-house experts in favor of testimony from unqualified “scientists-for-hire”—presiding Judge Chen chastised the EPA for applying an improper standard of fluoride neurotoxicity and urged the agency to work with the plaintiffs to figure out a solution. Following more foot-dragging from the EPA, the judge, on August 6, issued a new order that propels the still very much alive lawsuit into encouraging but largely uncharted legal territory. Specifically, Judge Chen directed plaintiffs to file a new petition with EPA that incorporates significant scientific developments that have occurred since the original petition’s filing. As for EPA, the judge has urged the agency “to give such a petition due consideration on the merits in light of the substantial scientific evidence proffered at trial”—including the powerful testimony of Philippe Grandjean, MD, PhD, Howard Hu, MD, MPH, ScD, Bruce Lanphear, MD, MPH and Kathleen Thiessen, PhD. The Court ordered the two parties to report back on November 5 and, in the meantime, is holding the trial record open.
Those who have been following the lawsuit’s progress will enjoy watching an enlightening conversation between legal luminaries Michael Connett and Robert F. Kennedy, Jr. , which highlights some of the more interesting twists and turns that this groundbreaking legal endeavor has followed. Stay tuned!

Re: Judge Gives EPA One More Chance to Do Its Job and Halt Fluoridation of Drinking Water Sat Aug 29, 2020 1:13 pm

Posts : 3722
Join date : 2017-02-15
Why is it that people cannot see that the people in power are trying to kill us off?? There are so many facts that this has been going on. If a judge rules that you needed to go to jail that would happen lickety-split, but seems judges are powerless against the system they rule over...

» Updates on the Fight to End Water Fluoridation
» Kenya Installs the First Solar Plant That Transforms Ocean Water Into Drinking Water
» All the water's bad': In McDowell County, you have to get creative to find safe drinking water
» Toxic Water Crisis: The Unnatural Disaster Affecting our Drinking Water
» Have your say on extending water fluoridation schemes