WION
FBI images of the Pentagon in the aftermath of the 9/11 attacks, have resurfaced years after they were first released. Here’s more to this story
World is One News, 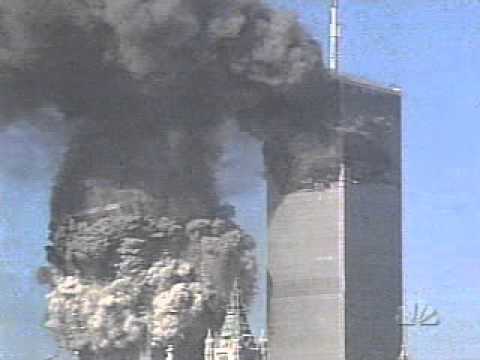 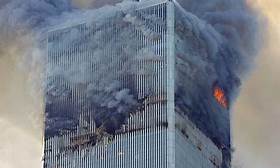 By Matt Agorist
As the media frenzy around 9/11 reminds us today to “never forget” there is some crucial information that the establishment absolutely wants all Americans to forget — the overwhelming abundance of evidence that pokes serious holes in the official narrative of what happened that fateful day.
On September 11, 2001, at 5:20 p.m., World Trade Center Building 7 suddenly collapsed into its own footprint, falling at free fall speed for 2.5 seconds of its seven-second complete destruction. WTC 7 was not hit by a plane. After it collapsed, Americans were told that office fires caused a unique — never before seen — complete architectural failure leading to the building collapsing into its own footprint at the rate of gravity.

Despite calls for the evidence to be preserved, New York City officials had the building’s debris removed and destroyed in the ensuing weeks and months, preventing a proper forensic investigation from ever taking place. Seven years later, federal investigators concluded that WTC 7 was the first steel-framed high-rise ever to have collapsed solely as a result of normal office fires.

Naturally, skeptics have been questioning the official story for some time and after moving from the realm of conspiracy theory into the realm of science, this extensive university study has found that the official story of fire causing the collapse is simply not true.
As TFTP reported in April, Architects & Engineers for 9/11 Truth announced the completed partnership with the University of Alaska Fairbanks (UAF) in their final report of an in depth four-year study on what they say actually brought down WTC 7. According to the press release, contrary to the conclusions of NIST, the UAF research team finds that the collapse of WTC 7 on 9/11 was not caused by fires but instead was caused by the near-simultaneous failure of every column in the building.
“Our study found that the fires in WTC 7 could not have caused the observed collapse,” said Professor Leroy Hulsey, the study’s principal investigator. “The only way it could have fallen in the observed manner is by the near-simultaneous failure of every column.”
The extensive four-year study was was funded by Architects & Engineers for 9/11 Truth (AE911Truth), a nonprofit organization representing more than 3,000 architects and engineers who have signed the organization’s petition calling for new investigation into the destruction of the three World Trade Center towers on 9/11.
“We are proud to have supported the University of Alaska Fairbanks and Professor Leroy Hulsey in conducting a genuinely scientific study into the reasons for this building’s collapse,” said Richard Gage, president and founder of AE911Truth. “It is now incumbent upon the building community, the media, and government officials to reckon with the implications of these findings and launch a new full-scale investigation.”

Become an Activist Post Patron for $1 per month at Patreon.

According to the study’s authors:

The UAF research team utilized three approaches for examining the structural response of WTC 7 to the conditions that may have occurred on September 11, 2001.
First, we simulated the local structural response to fire loading that may have occurred below Floor 13, where most of the fires in WTC 7 are reported to have occurred.
Second, we supplemented our own simulation by examining the collapse initiation hypothesis developed by the National Institute of Standards and Technology (NIST).

Third, we simulated a number of scenarios within the overall structural system in order to determine what types of local failures and their locations may have caused the total collapse to occur as observed.

The results of this study cannot be dismissed. It completely destroys the narrative that has been shoved down the throats of Americans for nearly two decades. What’s more, this study backs up thousands of other researchers, scientists, and engineers who have been pointing this out for years.
As TFTP reported last July, history was made in regard to 9/11 as New York area fire commissioners called for a new investigation into the tragic events that unfolded that day. The resolution called for a new investigation due to the “overwhelming evidence” that “pre-planted explosives . . . caused the destruction of the three World Trade Center buildings.”
On July 24, 2019, the Franklin Square and Munson Fire District, which oversees a volunteer fire department serving a hamlet of 30,000 residents just outside of Queens, New York, became the first legislative body in the country to officially support a new investigation into the events of 9/11, according to Architects and Engineers for 9/11 Truth.

The resolution calling for a new investigation was drafted by Commissioner Christopher Gioia and it was immediately and unanimously approved by the five commissioners.
“We’re a tight-knit community and we never forget our fallen brothers and sisters. You better believe that when the entire fire service of New York State is on board, we will be an unstoppable force,” said Commissioner Christopher Gioia, adding, “We were the first fire district to pass this resolution. We won’t be the last.”
Source: The Free Thought Project
Matt Agorist is an honorably discharged veteran of the USMC and former intelligence operator directly tasked by the NSA. This prior experience gives him unique insight into the world of government corruption and the American police state. Agorist has been an independent journalist for over a decade and has been featured on mainstream networks around the world. Agorist is also the Editor at Large at the Free Thought Project. Follow @MattAgorist on Twitter, Steemit, and now on Minds.