The Green New Deal IS the Great Reset 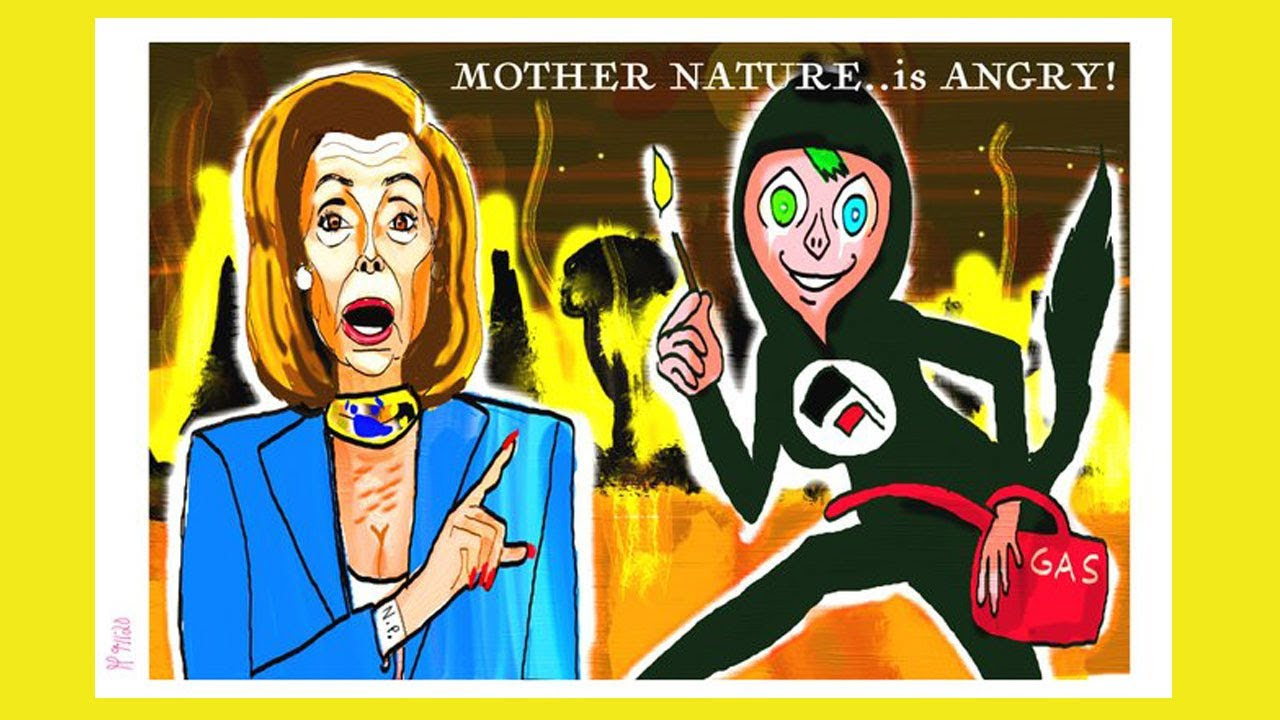 The Green New Deal IS the Great Reset

No sooner was the curve flattened and a Warp Speed vaccine appeared on the horizon than all the Globalists started conflating the coronavirus with climate change, like WHO Director, Tedros Adhanom, who said, “The Covid-19 pandemic has given new impetus to the need to accelerate efforts to respond to climate change.”
Yesterday, Joe Biden’s staff tweeted, “Climate change is the existential challenge that will define our future as a country. Tune in as I discuss the wildfires up and down the West Coast…”
During that broadcast, Biden sought to recover the suburban voters he’s lost with his Suburbia-killing AFFH regulation, with threats. “If we have four more years of Trump’s climate denial, how many suburbs will be burned in wildfires? How many suburban neighborhoods will have been flooded out? How many suburbs will have been blown away?”
California Governor Newsom, seen in this video looked like the latest iteration of The Joker in a Batman movie, grimacing and chortling like a drug-crazed maniac through the haze as he said, “The debate is over around climate change. Just come to the State of California. Observe it with your own eyes. It’s not an intellectual debate. It’s not even debatable.”
Washington State Governor, Jay Inslee performed the most extreme gaslighting ever during a televised address, deploying neurolinguistic programming as he repeated the term, “climate fire” over and over, telling his constituents, “if you’re suffering from a climate fire,” to seek help from a mental health professional!
The Portland FBI stood in solidarity with the mainstream media, giving cover to the Communist insurgency in progress and supporting this false Democrat/Globalist narrative by repeatedly denying that extremists were involved in setting the fires raging on the West Coast. This, despite over a dozen arson arrests in the state of Oregon, alone. One has to comb through Twitter and QAnon posts to find the latter because these arrests are not being reported in the Mainstream Media.
The numerous denials of arson by Portland FBI caused former National Security Council staffer, Rich Higgins to tweet, “They aren’t on your side…Their underground has penetrated deep into our institutions. Act accordingly.”
In 2017, Higgins was removed from the NSC by HR McMaster, after warning of a Deep State coup to remove the President – a warning which proved to be accurate.
To the Globalists, EVERYTHING is about climate change because they need to impose the Green New Deal worldwide in order to usher in a new reserve currency and energy paradigm to replace the inflated petrodollar.
As Robert David Steele recently said, “COVID-19 [is] a fake pandemic closely tied to a global economic meltdown necessary to cover over $300 trillion in naked short selling positions.”
In other words, the Green New Deal IS the Great Reset.