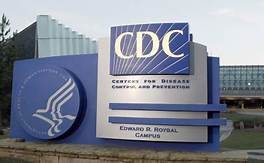 https://amgreatness.com/2020/09/15/busted-cdc-forced-to-cancel-critical-race-theory-program-after-leaked-docs-exposed-plans/
The Centers for Disease Control and Prevention is being forced to cancel its critical race theory training sessions after leaked documents showed that the federal agency was set to debut the taxpayer-funded program despite President’s Trump’s ban on such programs.
Trump issued an executive order earlier this month ordering federal agencies to “cease and desist from using taxpayer dollars to fund these divisive, un-American propaganda training sessions” and directing the Office of Management and Budget (OMB) to provide guidance on how to implement the order.
Following Trump’s executive order, OMB Director Russ Vought announced that he was “directing agencies to halt critical race theory trainings immediately.”

The days of taxpayer funded indoctrination trainings that sow division and racism are over. Under the direction of @POTUS we are directing agencies to halt critical race theory trainings immediately.https://t.co/dyMeJka9rt
— Russ Vought (@RussVought45) September 4, 2020

Trump’s ban on the critical race theory propaganda came after Discovery Institute researcher Christopher Rufo rang alarm bells on Twitter and Fox News about these “cult indoctrination sessions,” arguing that they amount to “racism masquerading as anti-racism.” Rufo warned that critical race theory was “spreading like wildfire through our public institutions,” telling Tucker Carlson that it had become the default ideology of the federal government.
“This is a sickness that cannot be allowed to continue,” President Trump tweeted on Sept. 5. “Please report any sightings so we can quickly extinguish!”
Rufo on Monday took the president’s directive to heart, reporting a sighting of the “sickness” at the CDC of all places.
The CDC “is moving forward with a critical race theory training program—in violation of @POTUS executive action,” Rufo tweeted, adding that he had obtained leaked documents detailing the insubordinate agency’s plans.
The 13-week training sessions were designed to “examine the mechanisms of systemic racism” and address “White supremacist ideology,” Rufo reported on Twitter.

The 13-week series is called “Naming, Measuring, and Addressing the Impacts of Racism on the Health and Well-Being of the Nation and the World.” I have obtained the internal emails (in white) and an APHA presentation by the series instructor that follows same structure (in blue). pic.twitter.com/qxB6tRWzFc
— Christopher F. Rufo (@realchrisrufo) September 14, 2020

In sessions 6 through 9, the CDC claims that “racism is a public health crisis” and that “systemic racism” leads to “police killings of unarmed Black and Brown men and women” and leads to “the disproportionate impact of COVID-19 on communities of color.” pic.twitter.com/Fl1nJcTuW8
— Christopher F. Rufo (@realchrisrufo) September 14, 2020

Last week, Senator Josh Hawley (R-Mo.) called on Congress to investigate why federal agencies have been spending taxpayer dollars on critical race theory trainings.
“I think that the president’s action here to stop funding is absolutely appropriate,” the Hawley said. “I personally wonder if there has been a federal law violation. It’s not clear to me that these agencies actually had authority under congressional appropriations to spend that money, the way that they were doing it. So, I really wonder if we got some federal legal issues.”
“The bureaucracy works for the president—and, ultimately, works for us,” Rufo noted on Twitter.  “If we allow the permanent bureaucracy to refuse a direct presidential order, we don’t have a republic anymore. I won’t let that happen. That’s why we must fight.”