Birds are dropping dead in New Mexico, potentially in the ‘hundreds of thousands’

Birds are dropping dead in New Mexico, potentially in the ‘hundreds of thousands’

https://www.nbcnews.com/news/animal-news/birds-are-dropping-dead-new-mexico-potentially-hundreds-thousands-n1240116
Scientists are investigating why so many birds are dying and are asking the public for help. 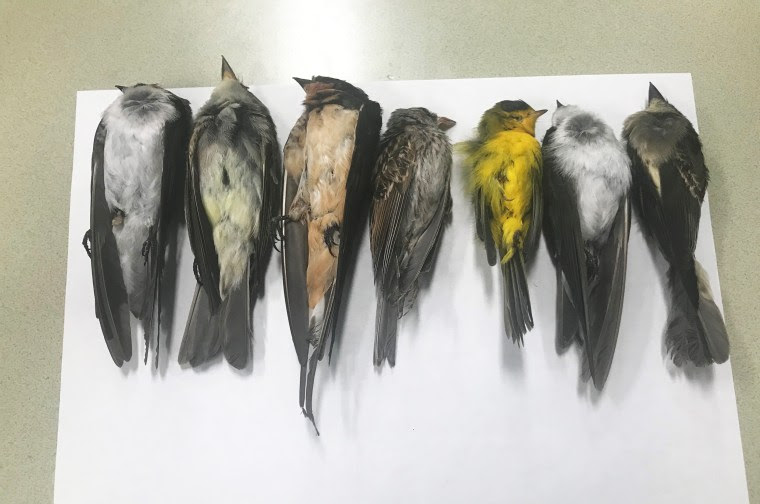 Wildlife experts in New Mexico say birds in the region are dropping dead in alarming numbers, potentially in the “hundreds of thousands.”
“It appears to be an unprecedented and a very large number,” Martha Desmond, a professor at New Mexico State University’s department of fish, wildlife, and conservation ecology, told NBC’s Albuquerque affiliate KOB.
New Mexico residents have reported coming upon dead birds on hiking trails, missile ranges, and other locations. 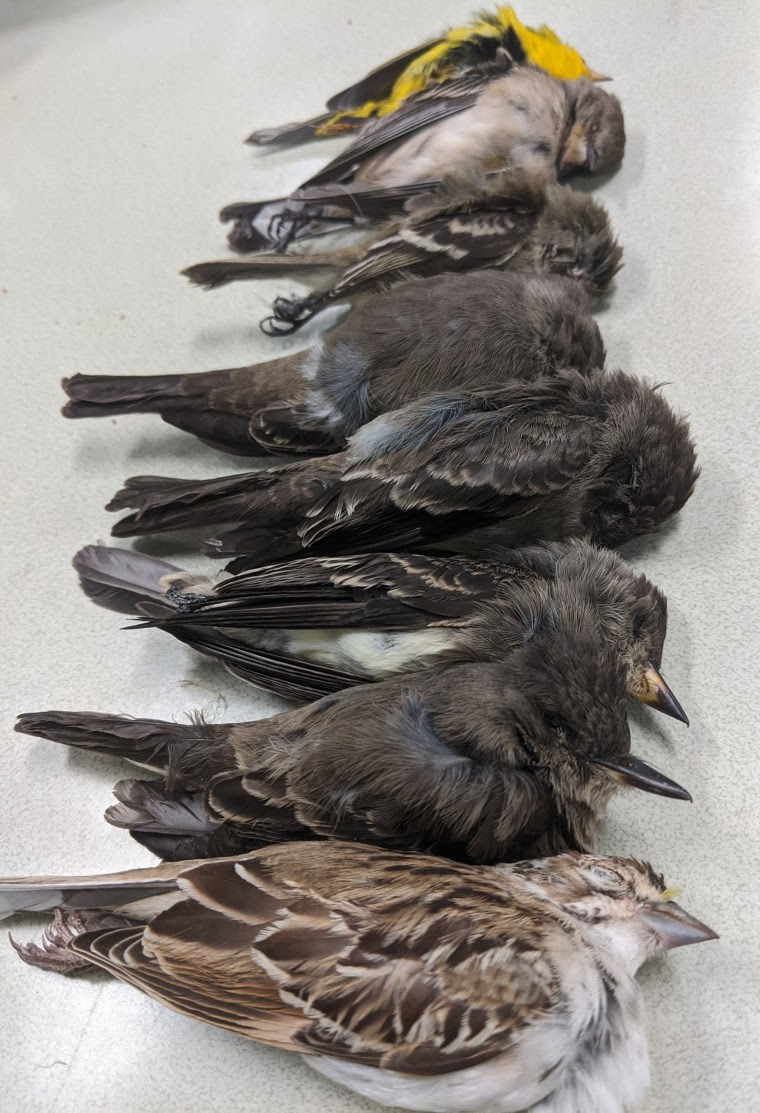 Birds in New Mexico are mysteriously dying in large numbers.Allison Salas
In a video posted by Las Cruces Sun News, journalist Austin Fisher shows a cluster of dead birds he discovered while on a hike on September 13 in the state’s northern Rio Arriba County.
“I have no idea,” Fisher says in the video, as he pans the camera to reveals what appears to be dozens of birds lying dead on the ground.
Desmond said it is difficult to say how many birds are dying, but that there have been reports across the state. “I can say it would easily be in the hundreds of thousands of birds.”
Multiple agencies are investigating the occurrences, including the Bureau of Land Management and the White Sands Missile Range, a military testing area.
“On the missile range we might in a week find, get a report of, less than half a dozen birds,” Trish Butler, a biologist at the range, told KOB. “This last week we’ve had a couple hundred, so that really got our attention.”

It’s unclear to scientists why the die-off is occurring, and Desmond said it’s possible it was caused by a cold front that hit New Mexico last week or by recent droughts.
Desmond also told KOB the deaths could be related to the wildfires in the West. “There may have been some damage to these birds in their lungs. It may have pushed them out early when they weren’t ready to migrate.”
The Oregon Department of Fish and Wildlife said on Twitter that “not much is known about the impacts of smoke and wildfires on birds.”
Scientists are asking the public to report sightings of dead birds to an online database, and that people safely collect the dead birds so that researchers can study them closer.

I heard about the same situation in my city. What's the real issue?

Welcome MilkyFfloor... thanks for joining and commenting. My guess is 5G but who the heck knows as we are being assaulted with so much in the air via chems?
I have seen many dead birds at the base of towers so I know that does occur.