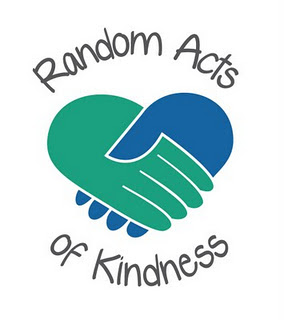 I must apologize, but tonight I simply cannot write a new ‘good people’ post and instead will do what I have only done once before — repeat one from January 2018.  You will read about three really big-hearted young people and they will make you smile, even if you read it two+ years ago.  My humble apologies, but I hope you will enjoy this repeat.

Yesterday I wrote a piece about integrity, and bemoaned the fact that we seem to have lost ours along the way.  Today, I would like to shine a spotlight on some young people who still have their values, who still have integrity, who still believe in helping others and making a difference.

Campbell Remess
Meet Campbell Remess, age 13. Campbell, nicknamed Bumble by his little sister, lives with his family in Hobart, Tasmania.  (Tasmania, for those who might have thought it was only the fictional home of the Tasmanian Devil, is an island state off the southern coast of Australia.)  So what, you ask, does Campbell do?  He makes teddy bears!  Yes, you heard me right … he sews teddy bears in, according to his mum, almost all of his spare time.

It all started when Campbell was nine years old and asked his parents if he could buy Christmas gifts for sick children, for he wanted to do something to brighten their spirits. His parents had to turn down his request, for Campbell is one of nine children and … well, money, y’know?  Still, Campbell was a determined young lad, and so he found a pattern for a teddy bear online and with a bit of help from his mom, managed to craft what would become the first of more than a thousand such bears.
So, what does Campbell do with the bears?  Well, every week he hand delivers some to sick children at the Royal Hobart Hospital near his home.  He also sends his bears to sick children all over the world, and has a special bear he makes, the Winning Bear, for cancer patients to hold onto during treatments and at those down times.  He has even sent bears to victims of terrorist attacks in Brussels and Paris. But it doesn’t end there …

More recently, Campbell started auctioning some of his bears on eBay, and donates all proceeds to charity.
“I put them online for auction for people to buy and all money goes to charity. My top bear sold for $5,000. On eBay they sell for about $1,000 to $2,000.”
Campbell says he lost count of how many bears he has made, but estimates it is somewhere between 1,200 – 1.400.  His goal is to make a bear a day, or 365 per year.  What I liked most about this young man is his attitude, his heart, when he said …
“Everyone can do something like this, it isn’t too hard to do it. I think the world would be a lot happier if everyone was kind and helpful and not mean, and if everyone had a teddy bear.”

Ryan Hickman
We are often amazed when young people start their own business, perhaps fresh out of college, or shortly thereafter.  But I believe Ryan Hickman may qualify as the youngest person ever to start his own business.  Ryan Hickman started his business at the ripe young age of 3½, and now, at age 7, is the CEO, manager, and sole employee of Ryan’s Recycling Company in Orange County, California.

When he was 3½ years old, Ryan Hickman visited the rePlanet recycling center in California, and found his life’s mission. The next day, standing in the family’s driveway with his dad, he pointed down the street and made an announcement: “My new business! I’m going to pick up all the cans and bottles from everyone in the neighborhood.” And that is just what he did!
To date, according to Ryan’s website, he has collected over 290,000 cans and bottles for recycling, and from his profits has donated nearly $6,000 to Pacific Marine Mammal Center.  He has also managed to save some $11,000 from his profits, which his dad, Damion Hickman, says will go toward college.  Ryan, however, has other ideas:  he wants to buy a full-size trash truck and eventually become a garbage man.  Any bets who wins that argument?

Last year, Ryan was invited to appear on the Ellen DeGeneres show, and Ellen then surprised him with a mini golf cart to help him with his recycling business, and also gave him a check for $10,000! When Ellen asked him why he likes recycling so much, he replied, “It’s because bottles get to the ocean and then animals get sick and die.”

He’s only seven years old, so it’s hard to predict what path this young man’s life will take, but one thing is for sure … he is doing good things and his heart is in the right place.

Haile Thomas
How many kids eat mostly healthy food?  Probably not a lot, but 16-year-old Haile Thomas of Tucson, Arizona, is on a mission to change that.  Haile’s mother began teaching Haile how to cook when she was only five years old.  At age ten, after completing a Girls Making Media workshop, Haile was greatly inspired to share her cooking adventures with other kids and thus was launched her online cooking show, Kids Can Cook.

Haile Thomas does not just cook, but she COOKS!  She puts me to shame, and I am fairly adept in the kitchen.  In 2013 she appeared on the Today show and cooked black bean and corn quinoa salad with garlic shrimp and avocado, a dish she had previously cooked up for first lady Michelle Obama as part of the first Kids’ State Dinner.
“I started asking questions about where my food comes from and what I was eating.”
She signed up for the youth advisory board of the Alliance for a Healthier Generation, which aims to combat childhood obesity, and from there started working with local chefs doing cooking demonstrations.
“The alliance and the chefs really inspired me and got me to where I am now.”
Her show, Kids Can Cook, teaches kids how to prepare nourishing meals for themselves, with recipes that call for simple ingredients.

And if that’s not enough, Haile travels around the nation talking about her mission and has been awarded several grants for her service programs, HEAL (Healthy Eating, Active Lifestyle) and the Healthy Girl Club. She is the founder and director of the Tucson-based HAPPY Organization, Inc., which serves to improve the health and wellness of Arizona youth and families.
“I hope to make a difference by inspiring other kids to embrace a healthy lifestyle, and become educated about how good and bad food affects their bodies, overall health and quality of life.”
And she’s only 16.  She has most of the adults I know beat for understanding, practicing and teaching good nutritional values.  Imagine what a difference this young woman will make.  Move over Emeril!

I have two others, but I have already surpassed my self-imposed word limit, so I shall save them for another day.  Friends … we see so much pure evil every day in the news, and I spend the bulk of my time writing about that evil.  Every now and then, it does us all good to pull ourselves up out of the dark places and look around us, for when we do, we see that there are many, many people out there countering the evil, doing good things for others.  These three young people serve as an inspiration, give us hope that perhaps all is not lost, and that there is still conscience and integrity in the world.  My hat is off to these three and all the others out there doing good things.  Until next Wednesday … SMILE!