OUT OF MIND » THE INSANITY OF REALITY » GOVERNMENTS & THE NEW WORLD ORDER » California: The Golden State in Utter Decay 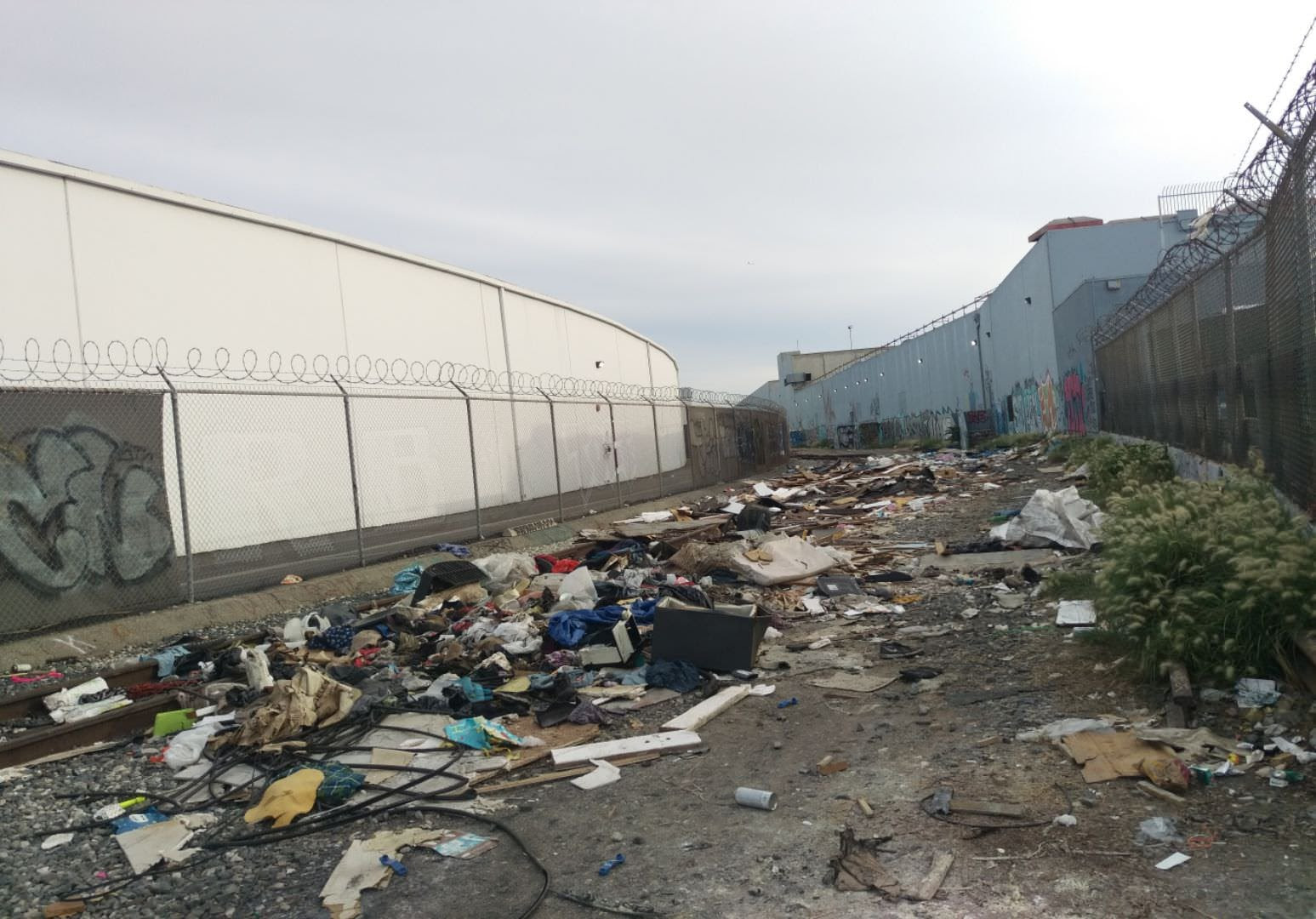 Source: P.F. Whalen
California is a mess; no secret there.  But the degree of decline that befalls it, and the quickness with which that decline is moving, seems to be largely ignored, particularly by Californians themselves.  The nation’s most populous state, and arguably its most naturally beautiful, is falling apart virtually everywhere we look.  Yet state and local governments not only insist on moving forward with leftist policies, but continually double down by moving even farther left, and the state’s voters return them to office with ever-increasing electoral margins.  California’s current approach to virtually all aspects of society — the economy, environment, legal system and culture — is unsustainable, and the time for reckoning is rapidly approaching.
The current crisis in California that is getting the most national attention is the plague of wildfires throughout much of the northern part of the state.  Such fires have ravaged the area for millennia, long before the presence of any European settlers, but that has not stopped California leftists and their media from pointing fingers at climate change and President Trump.  Avoiding responsibility for a crisis by blaming anyone and anything with even a remote chance of culpability is the California way — which leads to a failure to develop real solutions.  None of California’s leaders, least of all Democratic governor Gavin Newsom, have accepted any responsibility for the government’s role in the fires.  Evidence clearly shows that the decision by the state to revive “fire suppression” efforts, a practice that essentially delays the inevitable and results in even larger wildfires (and was mostly discontinued in the 1960s), has been a major contributor to the magnitude of this year’s fires.  But has the government of California even paused to reconsider the strategy?  Sadly, no.
Wildfires, unfortunately, are among the least of California’s woes.  Homelessness in the state has become a major problem, and one that is having a significant impact on the quality of life for taxpayers.  According to a San Francisco Chronicle article published last December, “[w]hile the latest counts compiled by the federal government show that America’s homeless population is growing again after more than a decade of declines, the entire national increase and more can be attributed to California alone.”  In other words, homelessness continues to be on the decline in the U.S. if we exclude California.  So how does California plan on addressing the problem?  A bill passed by the state’s Legislature earlier this month will empower Governor Newsom to appoint a “Homelessness Czar.”  Government actions, including regulations which aggressively target landlords and programs that provide handouts enticing the homeless to settle in the state, have perpetuated the homeless situation, but more taxpayer dollars and government interference is always the solution for California.  Got a problem?  Throw money at it, and let the government make it worse.

Report this ad
With increasing homelessness, a soft approach to criminal prosecution, and the ongoing embracing of illegal immigration, violent crimes are increasing after having seen a reduction the past few years.  According to The Trace, “homicides are sharply up this year” in California as a whole, and cities such as Oakland, with a 26% increase, have seen a significant increase in the number of murders.  With the jump in violent crimes, what steps has California’s government taken to reduce certain crimes?  They recently passed the controversial bill S.B. 145, which will ultimately end up reducing accountability and sentences for adults who sexually assault children as young as 14.  What a brilliant idea.  Apparently, California’s leadership believes that the pedophile community had been treated unfairly.
In spite of an abundance of bad news items hitting California on a regular basis, the most ominous challenge is undoubtedly the fiscal time bomb that looms, and whose ticking grows louder by the day.  Already one of the highest taxed states in the U.S., California had a reported government debt of over $1.5 trillion as of 2017 — long before the COVID-19 pandemic hit, and an amount that has surely increased dramatically since.  Undeterred, on September 2, state lawmakers sent a budget to Governor Newsom calling for $600 million in spending increases and a reduction in state revenue with the extension of earned income tax credits for immigrants and illegal aliens.  Balance sheet be damned, California must cater to illegal aliens.
Increasing spending and decreasing revenue is a lousy recipe for getting one’s fiscal house in order — particularly one that is already a disaster.  The state government appears to be counting on an eventual federal bailout from its financial predicament, but that help is not going to happen, nor should it.
California industries have recognized the signals and are taking action.  High-profile companies and leaders have announced their plans to leave the state or have openly proclaimed their considerations for the idea.  Media outlet The Daily Wire, with co-owner Ben Shapiro, recently announced its plan to move to Nashville; podcast giant Joe Rogan is taking his ball and moving to Texas; and Elon Musk is [url=https://www.nbcdfw.com/news/local/elon-musk-says-tesla-will-move-to-texas-or-nevada-dallas-officials-respond/2367353/#:~:text=Tesla chief executive Elon Musk,amid the COVID%2D19]moving[/url] Tesla’s headquarters out-of-state, and possibly manufacturing operations as well.   Other businesses will surely follow, as the hostility toward industry through taxes and oppressive regulations continues unimpeded.  State lawmakers are not intimidated by the idea of losing millions of dollars in revenue and have recently taken the bold step of adding a layer of government regulations to existing and would-be businesses.  Another bill recently passed by the state legislature will “mandate ethnic, racial or LGBT diversity on corporate boards” — more government intervention in the private sector in the name of virtue and another assault on the philosophy of meritocracy.
California has some of the most appealing weather in the world, but pleasant weather goes only so far.  Residents enjoy the state’s natural wonders such as the lovely Napa Valley, Yosemite National Park, and the glorious pacific coast highway, but they have been choosing to leave anyway at an increasing rate in a phenomenon that is being called “The California Exodus.”  The state population decreased by almost 200,000 in 2018, and over 28,000 left the San Francisco Bay area alone in a single quarter last year.  Inevitably, the question that Californians have to consider is this: while it may be bad now, is there a chance it is going to get better?

Report this ad
California, the bluest of blue states, has rising crime and homelessness.  California has fearsome wildfires and rolling electrical blackouts due to government mismanagement of its forests and energy systems.  California has an ever-increasing budget deficit with no end in sight.  Yet California’s tone-deaf politicians continue to enjoy immense support from their oblivious electorate.  Many residents cherish the song lyric that laments, “Going to California with an aching in my heart.”  Unfortunately, the time has come for many to recognize reality, and to leave California with a similar aching.  California is decaying before our eyes, and it is not going to get better.

OUT OF MIND » THE INSANITY OF REALITY » GOVERNMENTS & THE NEW WORLD ORDER » California: The Golden State in Utter Decay

» State of Emergency as California Battles Worst Wildfire This Year
» Two state court judges charged with embezzling public funds -California
» “What we’re seeing today is the complete and utter collapse of a misguided foreign policy that was initiated by 9/11 which was brought to us by the CIA..” – Jim Fetzer
» More on Those Massive Waves - Slams into California, Oregon and Washington State Coastline
» Rare earthquake hits state of New Jersey – quake strikes off N. California coast