OUT OF MIND » BREAKING NEWS & HOT TOPICS » THE GREAT DIE OFF » T Cell Immunity: What Fauci and the Panic Crowd Don’t Want You to Know

T Cell Immunity: What Fauci and the Panic Crowd Don’t Want You to Know 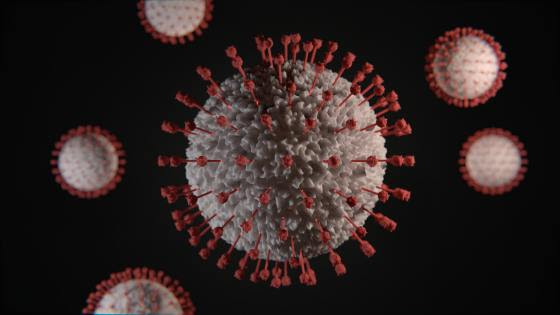 T Cell Immunity: What Fauci and the Panic Crowd Don’t Want You to Know

Recently, Senator Rand Paul and Dr. Anthony Fauci got into a heated debate over COVID-19.

Sen. Paul, who is also a medical doctor, tried to explain a plausible explanation for Sweden’s apparent success fighting COVID-19. Sen. Paul spoke about the possibility of herd immunity being achieved in Sweden and put forth the possibility of cross reactivity accounting for the low death rate in Japan. (For reference, the National Center for Biotechnology Information defines cross reactivity as a measure of the extent to which different antigens appear similar to the immune system.)
Also, the well-respected Cold Spring Harbor Laboratory gives direct credence to Sen. Paul’s assertions about the critical role cross reactivity can play in thwarting further spread of COVID-19. Researchers at the lab state, “Analysis of SARS-CoV-2 specific T-cell receptors in ImmuneCode reveals cross-reactivity to immunodominant Influenza M1 epitope.” The lab was ranked No. 1 in the world for research output by Nature magazine, produced eight Nobel Prize winners and was the location where American molecular biologist Dr. James Watson developed his groundbreaking work on the true nature of DNA’s structure.
Dr. Fauci was triggered by Sen. Paul’s statements and loudly proclaimed no country has achieved herd immunity and that cross reactivity amounts to bogus science. Cross reactivity in the context of the spread of COVID-19 means someone exposed to any coronavirus that is not COVID-19 will in the future be somewhat immune to COVID-19.
The current research and science behind this seems to be in favor of Sen. Paul and shows that Dr. Fauci is either uninformed or being his usual deceptive self.

If the “duh” here is not quite evident, let’s dive into a bit of the biology and scientific facts behind Sen. Paul’s reasoning. In order to do this, a basic understanding of T cell immunity is necessary. As Britannica eloquently explains, a T cell, also called a T lymphocyte, is a type of leukocyte (white blood cell) that is an essential part of the immune system. T cells are one of two primary types of lymphocytes—B cells being the second type—that determine the specificity of immune response to antigens (foreign substances) in the body.
The T cells found in bone marrow mature in the thymus. One of the mature T cells formed in the thymus is called memory T cells, which possess the distinct ability to remember infections and help us fight future infections. According to an article published in the prestigious Science magazine, it’s precisely this specific type of T cell that “bode[s] well” for long-term immunity.
Two separate studies revealed those infected with COVID-19 harbor T cells that target the virus—and may help them recover. Both studies also found some people never infected with SARS-CoV-2 have these cellular defenses, most likely because they were previously infected with other coronaviruses.
This was precisely what Sen. Paul was attempting to convey to the defensive Dr. Fauci. It has to be stressed that antibodies only prevent the SARS -CoV-2 virus from entering the body but it is the job of the T cells to kill the virus once cells are infected. A fascinating article by New Scientist details how Swedish researchers concluded patients with COVID-19 had very high levels of T cell activity and they hypothesized that some of it may have been the result of previous coronavirus infections (like colds).
This would explain why, among those who have been infected, the antibody detection rate is below 10%, which by our current understanding of the concept, could not produce herd immunity. However, when coupled with new evidence of memory T cell-induced immunity, this certainly could explain why countries such as Sweden and even New York City now have such low new cases and deaths. Simply put, most people in places where the virus was widespread have now effectively developed “herd immunity.” This concept is not very popular among the vaccine crowd who are set on widespread vaccine dissemination (once the vaccine is released) and refuse to look at data suggesting a vaccine is unnecessary. While antibody tests have been notoriously inaccurate, a laboratory in England [url=https://www.bbc.com/news/uk-wales-53764640#:~:text=A company in Cardiff has,a person is exposed again.]has just developed a fast and accurate test for T cells[/url].
As the BBC wrote in its coverage of the lab’s work: “The company’s trials found some people who had coronavirus but tested negative for antibodies went on to test positive for T cells – meaning more people may have some immunity than previously thought – and for longer.”
Among the elderly, T cell response is far weaker and this would explain the extremely high morbidity rate in those over 80 years old. Teach Me Physiology explains: “The thymus involutes as we age and so produces fewer naïve T cells over time. This means that older people have reduced T cell diversity, which contributes to the increased susceptibility to infections seen with age.”
I can’t emphasize strongly enough that this research is huge. T cell immunity could be the answer to restoring some sense of normalcy to our lives. According to Dr. James Hindley, executive director of Indoor Biotechnologie, who has a PhD in T cells, “We don’t know with this virus how long [T cells] will last, but it might be for many years.”
Six months ago, we knew very little about COVID-19. Now, with the world focused on this virus, we’ve quickly gained a lot of information about how it functions and how we can fight it. This new T cell research may render an antibody-stimulating vaccine unnecessary, which is bad news for the big pharmaceutical companies hoping to cash in on its widespread distribution but good news for us, a population who has already been through so much and should not be subject to a rushed-to-be-developed vaccine.

OUT OF MIND » BREAKING NEWS & HOT TOPICS » THE GREAT DIE OFF » T Cell Immunity: What Fauci and the Panic Crowd Don’t Want You to Know