MP IPS officer Purushottam Sharma assaults wife, video goes viral
Several doomsday mongers believe that humanity is currently going through the end times, and recent world events are indicating the possibility of an imminent apocalypse. Adding up the heat to this already existing panic on online spaces, a mass die-off of crows above a secretive nuclear Russian city has made many speculate that conspiracy theories surrounding doomsday are turning true.
The incident took place in the city of Balakovo, and the authorities are now investigating the event. Some experts are trying to connect it with avian flu. However, a section of other people has suggested that this mass death event could be connected to the nuclear plant in the city. 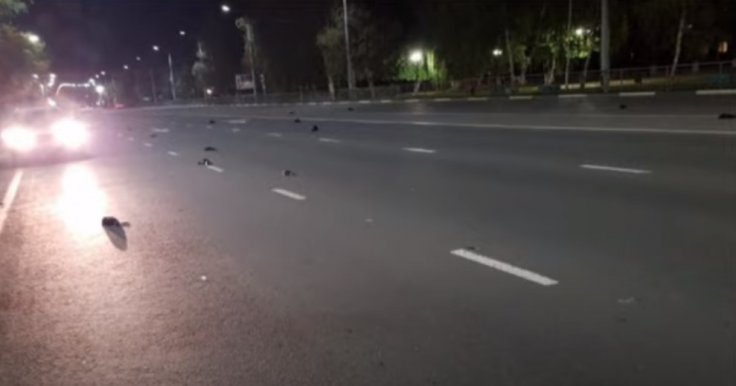 Dead birds in a Russian road YouTube: THEREALGSNEWS
The local Saratov Veterinary Department has apparently started an investigation, and they have collected samples of biomaterials to test for bird flu.
However, doomsday mongers claim that this mass death could be related to something dangerous that is going to happen in the coming days. Several social media users claim that similar bird deaths had happened days before the Chernobyl disaster. They also urge authorities from Moscow to investigate the event.


Mysterious Bird Deaths in US

A few days back, a similar incident happened in areas of Colorado and New Mexico where thousands of birds dropped dead. Even though the reason behind this mass death event is unknown, several experts believe that a sudden plunge in temperature and heavy snowfall might have resulted in the death of these birds.
“It appears to be an unprecedented and a very large number. I’ve never seen anything like this in New Mexico in recent times,” said Martha Desmond, a professor at New Mexico State University’s department of fish, wildlife, and conservation ecology. Scientists are also investigating whether the recent wildfires in the US have a role behind these mass deaths, as smoke plumes loaded with poison could have inhaled by these birds.