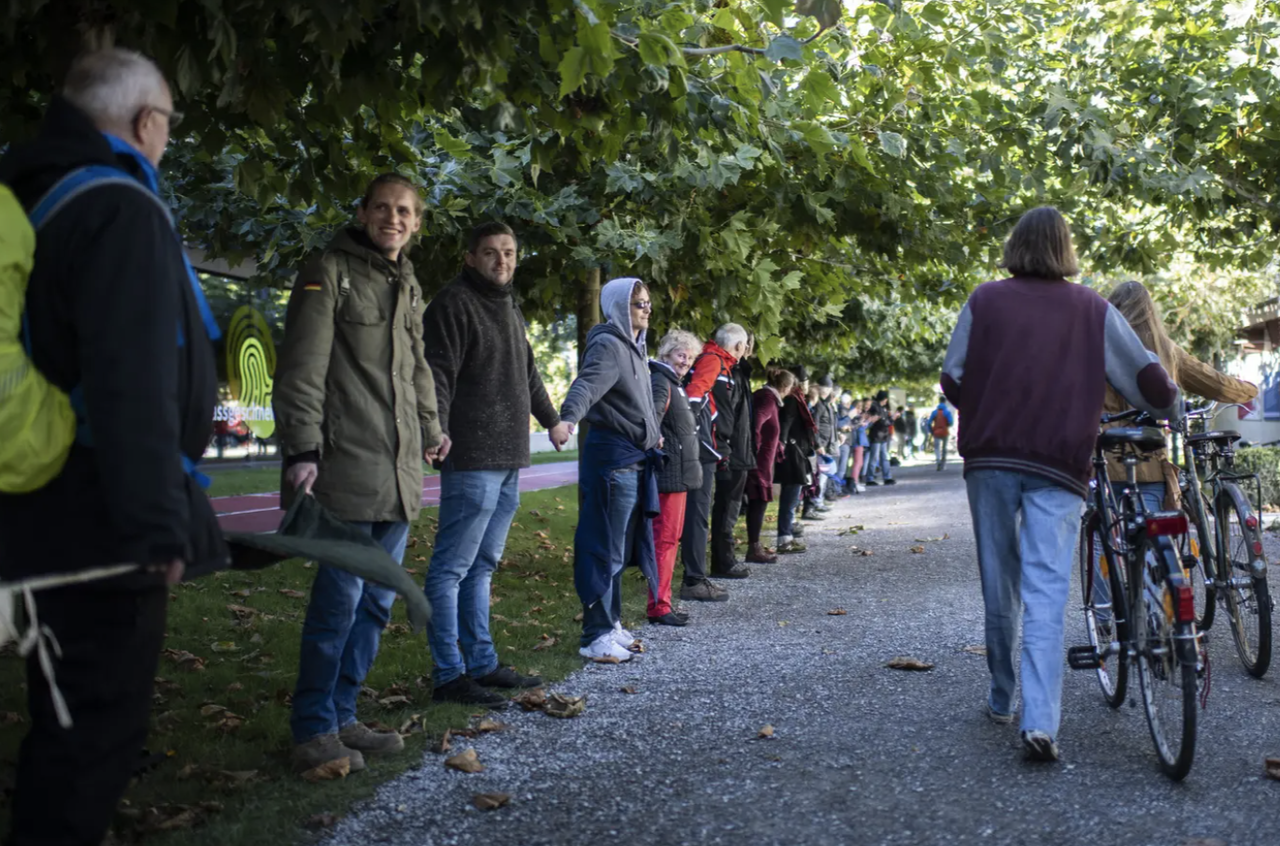 Demonstrators in Konstanz protesting against the federal government

Demonstrators were seen in Konstanz, a city on Lake Constance, in southern Germany, on Saturday and Sunday, were displeased by Chancellor Angela Merkel’s new restrictions to limit the size of gatherings.

“We want to act regionally, specifically and purposefully, rather than shutting down the whole country again – this must be prevented at all costs,” Merkel told a virtual news conference on Tuesday.

Merkel said she wants to avoid a full national lockdown as infection numbers are rising again in Europe’s largest economy. The lockdown from earlier this year crushed Germany’s economy into the worst recession on record, decimating small- and medium-sized businesses.
Police said counter-demonstrators were also seen in Konstanz. These folks showed their support for the government’s virus response efforts to mitigate further spreading.
Between both groups, police said upwards of tens thousand demonstrators hit the streets over the weekend. By Sunday afternoon, the situation remained calm in southern Germany.

“So far, the situation is calm,” a police spokesman said.

Reuters said, “civil rights activists, anti-vaxxers, neo-Nazis and members of far-right groups, including the opposition party Alternative for Germany (AfD), were in attendance” this weekend.
Germany’s total cases surpassed 300,000 on Sunday as the reproduction value rose above 1.0 for the first time in about a week. Health Minister Jens Spahn recently announced new plans for rapid tests in critical areas, such as hospitals and nursing homes. 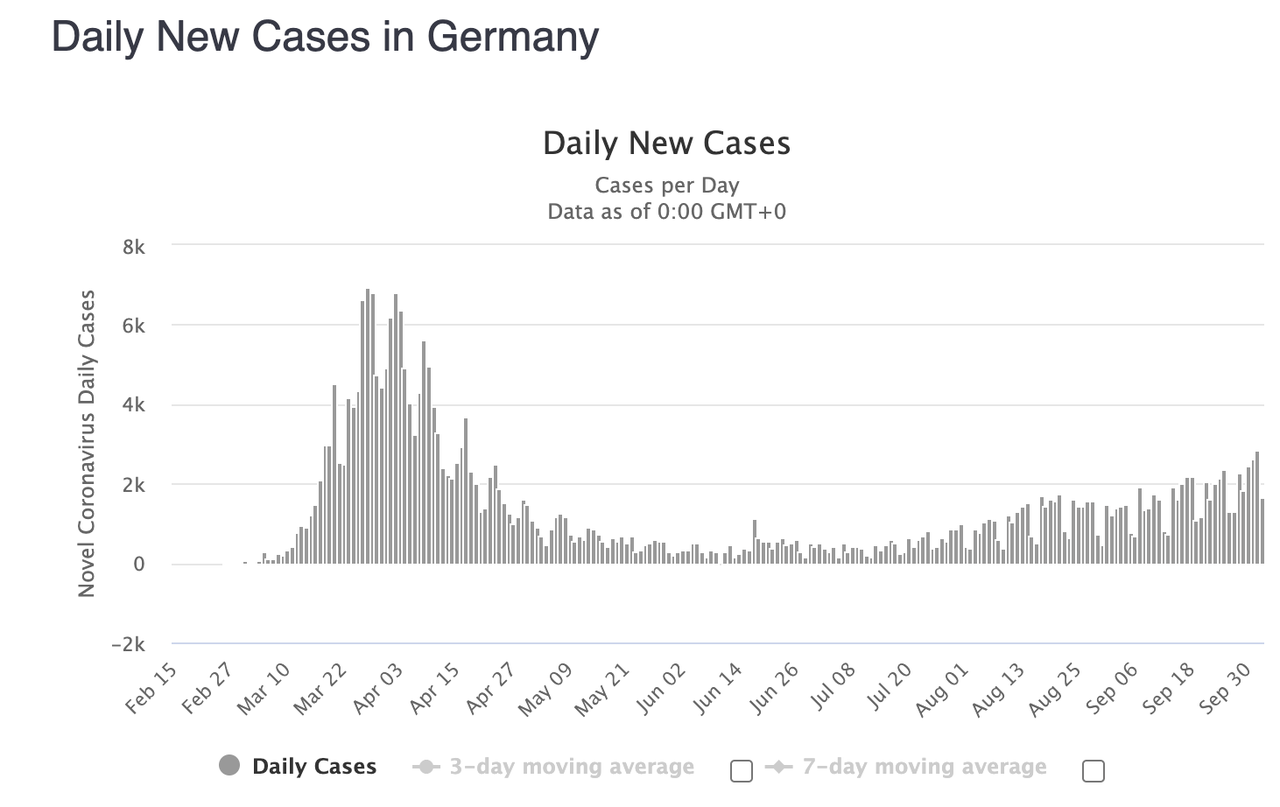 The latest resurgence in virus cases has been challenging for Germany to reopen its economy, resulting in a waning economic recovery.
Germany is not alone in rising cases. France, the UK, and Spain face a similar threat in rising infections, crushing virus-induced recessions, and increasing resistance to tougher social distancing measures.
[url=https://zh-prod-1cc738ca-7d3b-4a72-b792-20bd8d8fa069.storage.googleapis.com/s3fs-public/inline-images/bbg eu less] 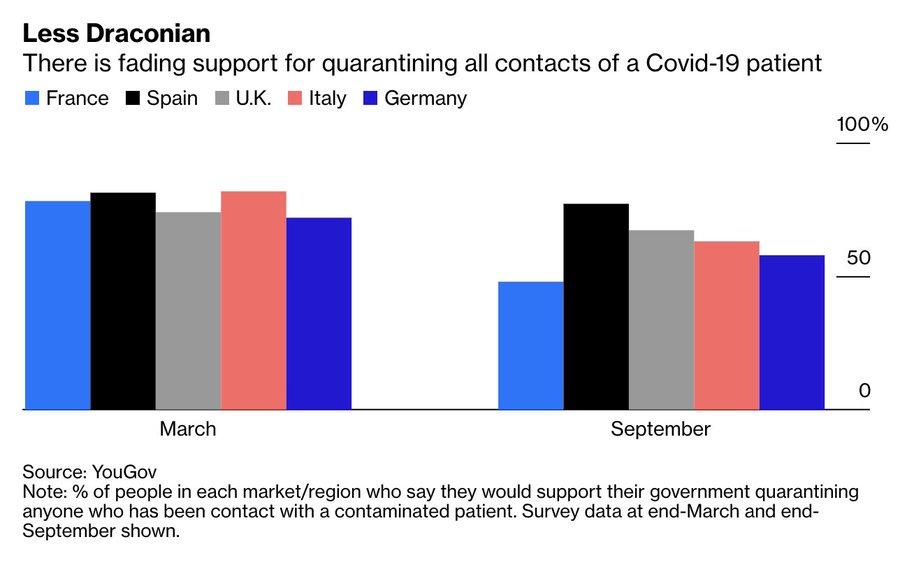 Approval of virus strategies to mitigate the spread is severely waning in the UK, France, and Spain. 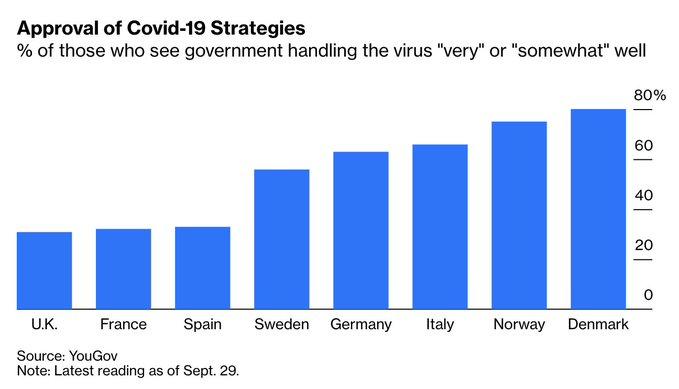 The longer the virus persists, and the more tougher governments become, the increasing chance social unrest could spark up again this fall.
Source: Zerohedge