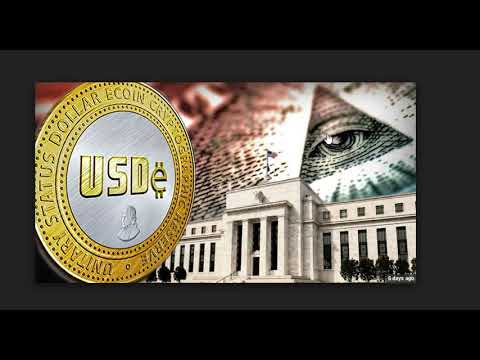 If some Congress members get their way, the Federal Reserve may soon be able to track many of your purchases in real time and share that information with government agencies. This is just one of the problems with the proposed “digital dollar” or “fedcoin.”

Fedcoin was initially included in the first coronavirus spending bill. While the proposal was dropped from the final version of the bill, there is still great interest in fedcoin on Capitol Hill. Some progressives have embraced fedcoin as a way to provide Americans with a “universal basic income.”
Both the Senate Banking Committee and the House Financial Services Committee held hearings on fedcoin in June. This is the first step toward making fedcoin a reality.
Fedcoin would not be an actual coin. Instead, it would be a special account created and maintained for each American by the Federal Reserve. Each month, Fed employees could tap a few keys on a computer and — bingo — each American would have dollars added to his Federal Reserve account. This is the 21st century equivalent of throwing money from helicopters.
Fedcoin could effect private cryptocurrencies. Also, it would limit the ability of private citizens to protect themselves from the Federal Reserve-caused decline in the dollar’s value.
Fedcoin would not magically increase the number of available goods and services. What it would do is drive up prices. The damage this would do to middle- and lower-income Americans would dwarf any benefit they receive from their monthly “gift” from the Fed. The rise in prices could lead to Congress regularly increasing fedcoin payments to Americans. These increases would cause prices to keep rising even more until we face hyperinflation and a dollar crisis. Of course, we are already on the path to an economic crisis thanks to the Fed. Fedcoin will hasten and worsen the crisis.
Fedcoin poses a great threat to privacy. The Federal Reserve could know when fedcoin is used, who is using it, and what they use it for. This information could be shared with government agencies, such as the FBI or IRS.
The government could use the ability to know how Americans are spending fedcoin to limit our ability to purchase goods and services disfavored by politicians and bureaucrats. Anyone who doubts this should recall the Obama administration’s Operation Choke Point. Operation Choke Point involved financial regulators “alerting” banks that dealing with certain businesses, such as gun stores, would put the banks at “reputational risk” and could subject them to greater regulation.
Is it so hard to believe that the ability to track purchases would be used in the future to “discourage” individuals from buying guns, fatty foods, or tobacco, or from being customers of corporations whose CEOs are not considered “woke” by the thought police? Fedcoin could also be used to “encourage” individuals to patronize “green” business, thus fulfilling Fed Chair Jerome Powell’s goal of involving the Fed in the fight against climate change.
Fedcoin could threaten private cryptocurrencies, increase inflation, and give government new powers over our financial transactions. Fedcoin will also speed up destruction of the fiat money system. Whatever gain fedcoin may bring to average Americans will come at terrible cost to liberty and prosperity.
Ron Paul Institute

Keynes was characterized by his male sweetheart, Lytton Strachey, as “A liberal and a sodomite, an atheist and a statistician.” His particular depravity was the sexual abuse of little boys. In communications to his homosexual friends, Keynes advised that they go to Tunis, “where bed and boy were also not expensive.”
As a sodomistic pedophiliac, he ranged throughout the Mediterranean area in search of boys for himself and his fellow socialists. Taking full advantage of the bitter poverty and abysmal ignorance in North Africa, the Middle East, and Italy, he purchased the bodies of children prostituted for English shillings [See Lytton Strachey, A Critical Biography, Michael Holyroyd, Holt, Rinehart and Winston, two volumes]. Read more at Charleston Voice
The Carnival Act Of Thievery

I almost forgot to mention that the Titanic sank April 14, 1912 – April 15, 1912. The Foreign Owned Federal Central Banking System was snuck in via Congress December 23, 1913. This same foreign entity was removed from The U.S. several times before.

“What if you knew what the markets were going to do before they did it? What if you knew the ultimate destiny of stocks, real estate, and gold and silver?”
You’ll recall that Ben Bernanke was the head of the [Unconstitutional Embedding 1913 Of A Private Rothschild Centralizing Bank aka;] US Federal Reserve in 2002. He made a speech at the National Economist Club, titled “Deflation: Making Sure It Doesn’t Happen Here.” The presentation was posted on the Fed’s [Crime Scene] website.
It is this speech that became Mike’s roadmap—and that’s because virtually everything then-chairman Bernanke said the Fed would do, they did. It’s actually quite remarkable when you compare his statements with the subsequent actions the [zionist mafia] Fed carried out.
[Crisis Was Manufactured] Bernanke said the Fed could fire up the printing press and create more currency to combat a crisis—and that’s exactly what it did ~ [How Convenient Is That?]

Because global central bankers continue to print money [in an attempt to hide their fraud], drive interest rates lower, run up debt levels, and spend more money than they bring in, we are headed for an even greater crisis than what we experienced in 2008. And because we know the roadmap central bankers are using, we know how to invest. As Mike says,

“Gold and silver are the only financial assets that come with a central bank guarantee.”

Paul Rosenberg of Freeman’s Perspective writes, “Evil” can be defined as the “willful abuse of other humans.”
Put into this context, evil is very real. And it’s scary, unpredictable and, unfortunately, very human.
But despite all of the fear surrounding evil, evil is not strong. In fact, it rests on a house of cards. It is incredibly weak.
And although it’s always been around, the lion’s share of evil has also always been perpetrated by a laughably small minority.
The vast majority of people simply want to be left alone to work as they wish and to raise a family and to grow old with the people they love.

Evil, on the other hand, has other plans for good people’s work and their families and who they love. But, again, always remember that evil is weak.

“And not weak temporarily or in a certain situation,” says Rosenberg, “but fundamentally weak. Here’s why: Evil does not produce.”

Evil is the anti-producer. It is the destroyer of productivity. And the problem with being a productivity destroyer, to paraphrase Margaret Thatcher, is you eventually run out of productive things to destroy.
Evil, at its core, is dependent upon the good. It’s what makes it so abhorrent. But it’s also its downfall, because it requires for good men and women to comply to its wishes. And, eventually, when it comes to evil, the compliance of good men and women, by death or by rebellion, becomes a scarce commodity.
“Genghis Khan,” Rosenberg points out, “had to get his arrows, horses, and shields from somewhere, and he didn’t produce them himself. Likewise for Mao and Stalin and Tamerlane and the rest. One way or another, they required basically decent people to produce for them. Regardless of whether these producers were tricked or intimidated, it was they who armed evil; evil didn’t arm itself.

Out Of This Second Temple That Was Destroyed 70 A.D. ~ The Only Remnant Is The Western Wailing Wall In Rothschild’s State Israel ~ Never To Be rebuilt
“And this brings us to one of the great, simple truths of our times:
“If goodness ever stops allowing evil to take advantage of it, evil is simply finished.”
“Right now,” Rosenberg goes on, “evil has tricked millions of productive people into doing its will. At this point, most think acquiescence is the right thing to do, or they simply don’t realize any option exists. And being in that position, they accommodate themselves to it. This can be seen in the moral confusion that is currently endemic. How else could people believe that what is immoral for one person is somehow moral for another?

» Global d’Elite’s Great Reset: Fedcoin, A New Scheme for Tyranny and Poverty
» Karen Hudes ~ Network of Global Corporate Control 1 19 Global Currency Reset
» The Great Reset Is Accelerating Into Global Tyranny
» Cindy Kay Currier - Global bankster reset could begin today - The Secret Global Reset Agreement
» "the Global Currency Reset, and the Global Reset will occur on April 6, 2014. The news will be carried by CNN and other networks."