Skywatcher stunned by weird rotating spheres in the sky

Skywatcher stunned by weird rotating spheres in the sky

A skywatcher in Glendora, California recorded a series of strange rotating spheres in the sky. At a certain moment when the orbs stopped, the orb on the left releases some entities. 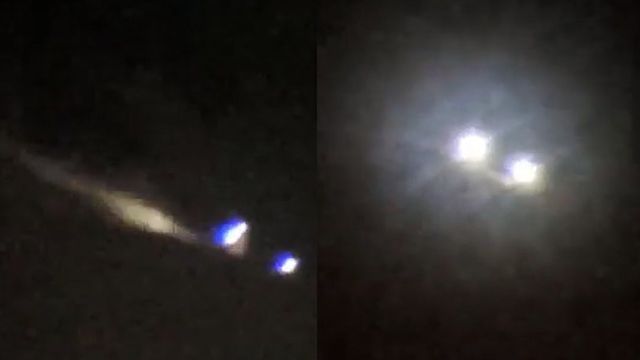 My wife and I were cleaning the garage when I noticed a light on the foothills that kept getting super bright then disappear. I watched it for about 2 mins or so and went to grab my scope to set up.

I have seen several anomalies in the foothills since August 1st, so that why I purchased a scope. Anyways I set it up and for the first 4 mins or so was to get my scope lined up in the area I saw the light.

When I was able to see the light again under the scope and that's when I got excited and just tried to focus as much as I could on the object. I am 1.3 miles away from Punk out trail in Glendora and my house is right up against a busy road (that's why you hear cars passing by).

Once under my scope I noticed 2 orbs moving through the foothills moving to the left. That's when the 3rd orb appeared and it looked like a triangle formation rotating counter clockwise at it panned left.

When the objects stopped if you pay attention to the orb on the left some entities come out. In the video you see an entity fly out then go back. This happens on other occasion as well. When I zoomed in closer and focused as best as I could the right orb you can see something flickering on the top of it.

When I mention for my wife to call the Glendora PD to see if anything should be up there within that minute the object broke up into red, white and blue lights and looks like the shifted shape and panned left to disappear.

On October 9th I went to the forest rangers in the area to check and see if it is possible for OHV or other vehicle up there. They said it would be very difficult and that's when I showed them the video. They said there is no way for any vehicle to do what is on my video and they were just shocked.

Video starts with the original footage, zoomed in version starts at 5.26 minutes.