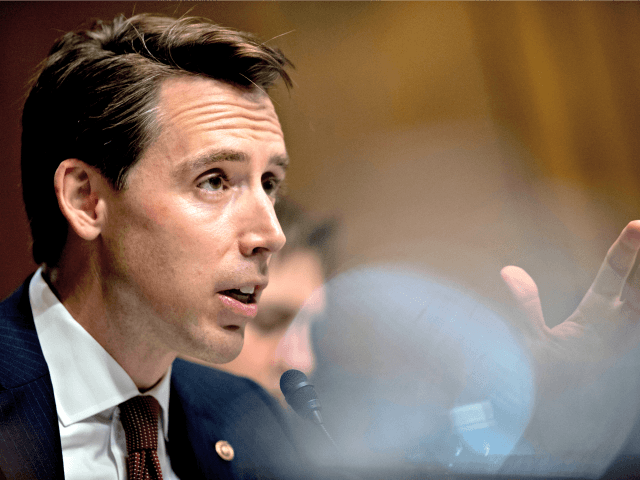 Source: Sean Moran
Sen. Josh Hawley (R-MO) wrote a letter to Federal Election Commission (FEC) Acting General Lisa Stevenson, calling for an agency investigation into Twitter and Facebook’s censorship of a bombshell New York Post story. Hawley charged that the social media companies’ censorship could amount to an in-kind contribution to the Joe Biden campaign.
Facebook and Twitter decided to reduce the distribution of a New York Post article saying that, contrary to Biden’s claims, Biden allegedly met with an executive at Burisma when he was vice president. Hunter Biden, Joe Biden’s son, reportedly arranged the meeting while he was working as a lobbyist for the company. Hawley wrote in his letter to Stevenson that the suppression of the New York Post story could amount to an in-kind contribution to the Joe Biden campaign. Hawley, a former Missouri attorney general, explained: A “contribution” includes “anything of value . . . for the purpose of influencing any election for Federal office.” 52 U.S.C. § 30101(8)(A)(i). Twitter’s and Facebook’s active suppression of public speech about the New York Post article appears to constitute contributions under federal law. There can be no serious doubt that the Biden campaign derives extraordinary value from depriving voters access to information that, if true, would link the former Vice President to corrupt Ukrainian oligarchs. And this censorship manifestly will influence the presidential election.
These possible campaign-finance violations by two of the most powerful corporations in America comes only weeks before Election Day, and while millions of Americans are in the midst of voting.
Hawley also slammed Facebook’s decision to quash the virality of the Post story in a letter to Facebook. He wrote:

The seemingly selective nature of this public intervention suggests partiality on the part of Facebook. And your efforts to suppress the distribution of content revealing potentially unethical activity by a candidate for president raises several additional questions, to which I expect responses immediately.

Report this ad
“I ask that the FEC take immediate action to investigate these potential violations and, if appropriate, take remedial action to prevent further interference with the 2020 presidential election,” he added in his letter to the FEC.