Nothing Can Stop What Is Coming 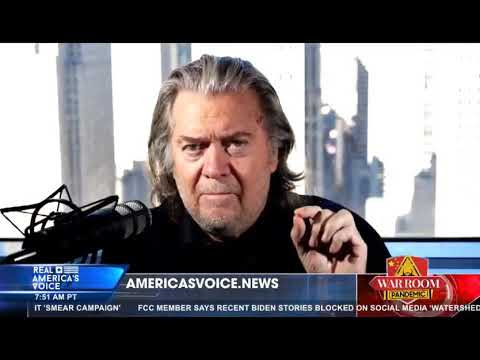 Nothing Can Stop What Is Coming

We’re told by Chinese dissident, Luther (or Lude), that three high-ranking members of the Old Guard of the CCP, former Chairman Jiang Zemin, former Politburo member Zeng Qinhong and former Attorney General Meng Jianzhu delivered three hard drives to the US Department of Justice, the first of which appears to share the same or similar files to the ones described in the laptop abandoned by Hunter Biden at a repair shop in Delaware.
Luther said that although corrupt #Resistance bureaucrats at the DOJ tried to keep a lid on these documents, allies of the Chinese dissidents prevailed in getting them to the President.
To recap:
1) The first hard drive contains shocking videos of Hunter Biden sexually abusing and violently torturing female children, along with a copy of the $4.5 billion Kazakhstan and Ukraininan natural gas contract that Hunter signed with Chairman Xi Jinping and Vice President Wang Qishan. Hunter willingly allowed himself to be filmed engaging in crimes against humanity by the CCP, who required it as an insurance policy for their $4.5 billion deal.
2) The second hard drive contains blackmail against Xi and Wang; the financial records of their hidden offshore assets, as well as the outline of their so-called ‘Architectural Art Project’, which is their plan for the CCP to control not only 1.4 billion Chinese people but also the United Nations, the United States and all US Presidents going forward.
3) The third hard drive contains information about a virus and bio-weapons.
That these former high ranking CCP leaders, including the former Chairman delivered such sensitive blackmail materials to the US Department of Justice would suggests a schism occurring within the CCP structure.
This is no surprise, given that Xi’s abolition of presidential term limits, his consolidation of power, his stepped-up censorship and anti-corruption purges have earned him some enemies, which include activist billionaire, Miles Guo, who is affiliated both with the above-mentioned Chinese dissident and with Steve Bannon.
Steve Bannon admits that he’s the architect of a coordinated roll-out of the Hunter Biden laptop contents, and he promises that there’s much, much more to come. Bannon says that he was brought into the project based on his familiarity with corruption in America and within the CCP. This short video — which is the equivalent of a baseball bat to the face — is a part of that.
Bannon told Revolver last week, “Joe Biden is a liar, a fraud, and compromised by Chinese cash. In short, he is a national security crisis. The hard drive combines emails and text messages that show a massive involvement with companies controlled by the Chinese Communist Party. Also, there are 25,000 images that show a drug-addled, depraved lifestyle — one that decent hardworking Americans will not want near the White House…
“The President must confront the director of the FBI on why the information housed on this hard drive was not moved on immediately. If the content of the hard drive had been released when received in November 2019, there would have been no impeachment of Trump, and Bernie Sanders would be the Democratic Party nominee. This confrontation should take place this weekend in the Oval Office. If Wray doesn’t have a bulletproof reason he should be fired in the room.
“It’s the actions represented on the hard drive that the American people must understand our enemies know about. The cash and equity given for access to Biden, the favors done for that cash, the drugs, the depravity. The CCP, Russian Intel, the Iranian Revolutionary Guard Intel Services — they know the Bidens are for sale.
“The Bidens are about to be hit with multiple stories from multiple media sources based off evidence beyond the hard drive. Fox and Peter Schweitzer have already started but bigger more mainstream companies are going to weigh in. We already have set in motion the various apparatuses that will release everything.
“Rupert Murdoch’s team at the New York Post is as sophisticated and tough as there is in all media. They had the metadata and they signed off to go forward. The Russia excuse — and it is an excuse — collapsed when Fox verified the information with someone on the email chain. The Biden campaign has yet to say these emails or photos are not real. The reason? Hunter’s lawyer sent emails trying to recover the hard drive. These are real — the Bidens know they are real — and they are going to have to deal with that reality.”