The Department of Justice on Tuesday announced they filed a much-needed antitrust lawsuit against "monopolist Google" for dominating the search and search advertising markets online.

Today, the Department of Justice — along with eleven state Attorneys General — filed a civil antitrust lawsuit in the U.S. District Court for the District of Columbia to stop Google from unlawfully maintaining monopolies through anticompetitive and exclusionary practices in the search and search advertising markets and to remedy the competitive harms. The participating state Attorneys General offices represent Arkansas, Florida, Georgia, Indiana, Kentucky, Louisiana, Mississippi, Missouri, Montana, South Carolina, and Texas.

Note: unfortunately, every last one of those AGs is a Republican. Google has bought off the Democratic Party. If Trump is ousted by Biden I fear this case will simply be shut down.

“Today, millions of Americans rely on the Internet and online platforms for their daily lives. Competition in this industry is vitally important, which is why today’s challenge against Google — the gatekeeper of the Internet — for violating antitrust laws is a monumental case both for the Department of Justice and for the American people,” said Attorney General William Barr. “Since my confirmation, I have prioritized the Department’s review of online market-leading platforms to ensure that our technology industries remain competitive. This lawsuit strikes at the heart of Google’s grip over the internet for millions of American consumers, advertisers, small businesses and entrepreneurs beholden to an unlawful monopolist.”

“As with its historic antitrust actions against AT&T in 1974 and Microsoft in 1998, the Department is again enforcing the Sherman Act to restore the role of competition and open the door to the next wave of innovation—this time in vital digital markets,” said Deputy Attorney General Jeffrey A. Rosen.

As one of the wealthiest companies on the planet with a market value of $1 trillion, Google is the monopoly gatekeeper to the internet for billions of users and countless advertisers worldwide. For years, Google has accounted for almost 90 percent of all search queries in the United States and has used anticompetitive tactics to maintain and extend its monopolies in search and search advertising.

As alleged in the Complaint, Google has entered into a series of exclusionary agreements that collectively lock up the primary avenues through which users access search engines, and thus the internet, by requiring that Google be set as the preset default general search engine on billions of mobile devices and computers worldwide and, in many cases, prohibiting preinstallation of a competitor. In particular, the Complaint alleges that Google has unlawfully maintained monopolies in search and search advertising by:

- Entering into exclusivity agreements that forbid preinstallation of any competing search service.
- Entering into tying and other arrangements that force preinstallation of its search applications in prime locations on mobile devices and make them undeletable, regardless of consumer preference.
- Entering into long-term agreements with Apple that require Google to be the default – and de facto exclusive – general search engine on Apple’s popular Safari browser and other Apple search tools.
- Generally using monopoly profits to buy preferential treatment for its search engine on devices, web browsers, and other search access points, creating a continuous and self-reinforcing cycle of monopolization.

These and other anticompetitive practices harm competition and consumers, reducing the ability of innovative new companies to develop, compete, and discipline Google’s behavior.

The antitrust laws protect our free market economy and forbid monopolists from engaging in anticompetitive practices. They also empower the Department of Justice to bring cases like this one to remedy violations and restore competition, as it has done for over a century in notable cases involving monopolists over other critical industries undergirding the American economy like Standard Oil and the AT&T telephone monopoly. Decades ago the Department’s case against Microsoft recognized that the antitrust laws forbid anticompetitive agreements by high-technology monopolists to require preinstalled default status, to shut off distribution channels to rivals, and to make software undeletable. The Complaint alleges that Google is using similar agreements itself to maintain and extend its own dominance.

The Complaint alleges that Google’s anticompetitive practices have had harmful effects on competition and consumers. Google has foreclosed any meaningful search competitor from gaining vital distribution and scale, eliminating competition for a majority of search queries in the United States. By restricting competition in search, Google’s conduct has harmed consumers by reducing the quality of search (including on dimensions such as privacy, data protection, and use of consumer data), lessening choice in search, and impeding innovation. By suppressing competition in advertising, Google has the power to charge advertisers more than it could in a competitive market and to reduce the quality of the services it provides them. Through filing the lawsuit, the Department seeks to stop Google’s anticompetitive conduct and restore competition for American consumers, advertisers, and all companies now reliant on the internet economy.

This is a solid case and much of what I've been asking for but it really should have been filed three years ago.

Google is so powerful at this point a case like this can't stop them but it's good to at least throw roadblocks in their way. Hopefully, this is just the beginning and if Trump gets a second term the DOJ can file additional suits.

Section 230 reform, which the GOP has been pushing, is likely going to be a red herring which will be used to increase censorship rather than fight it.

That said, the GOP caved on fighting Big Tech in a matter of hours so it's not likely to go anywhere.

Senate panel delays vote to subpoena Twitter, Facebook CEOs as some Republicans waver
The subpoenas would require the tech moguls to testify on the alleged "suppression and/or censorship" of the New York Post reporting.

These platforms need to be regulated as public utilities like the phone companies and forbidden from cutting off service to customers because they don't like their political views. 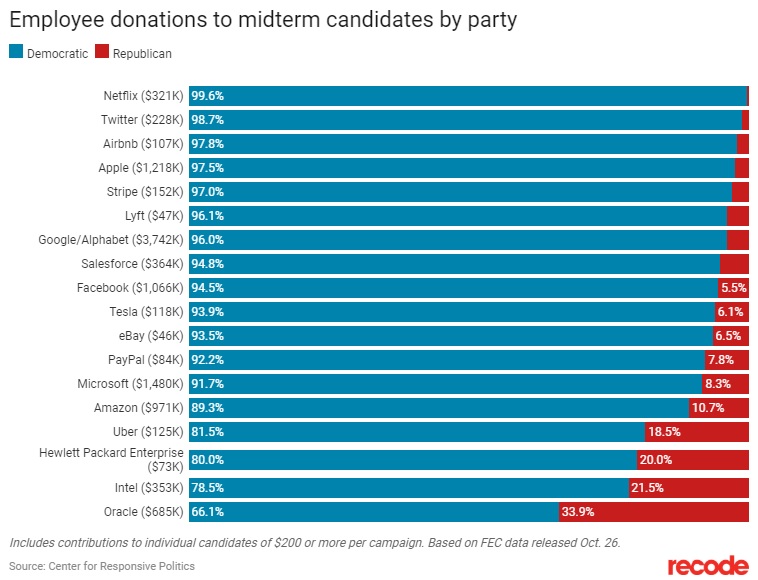 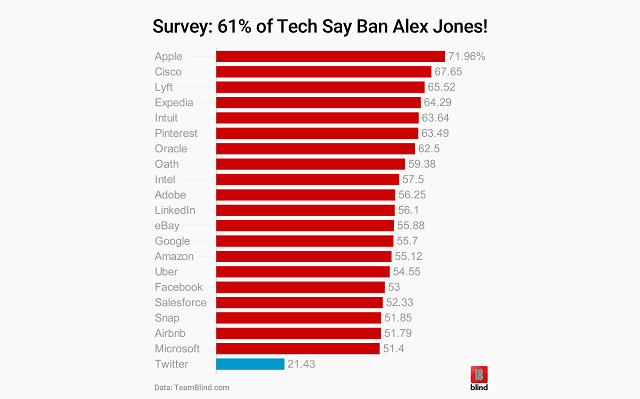 The same way monopoly power companies are forced to let smaller companies use the power grid and infrastructure they built, Google should be forced to allow other companies to use their search algorithms. DuckDuckGo, Startpage and others should be allowed to not merely scrape Google results but delete all the garbage censorship algorithms they've put in place to rig their results in favor of CNN, The New York Times and The Washington Post and purge all results outside of a few dozen whitelisted controlled-media companies.

Other companies should be allowed to provide Google's organic search results rather than results which are censored by Google's 10,000 strong "army" of social justice warriors.