US Should Proceed with Caution on Faction Leaks 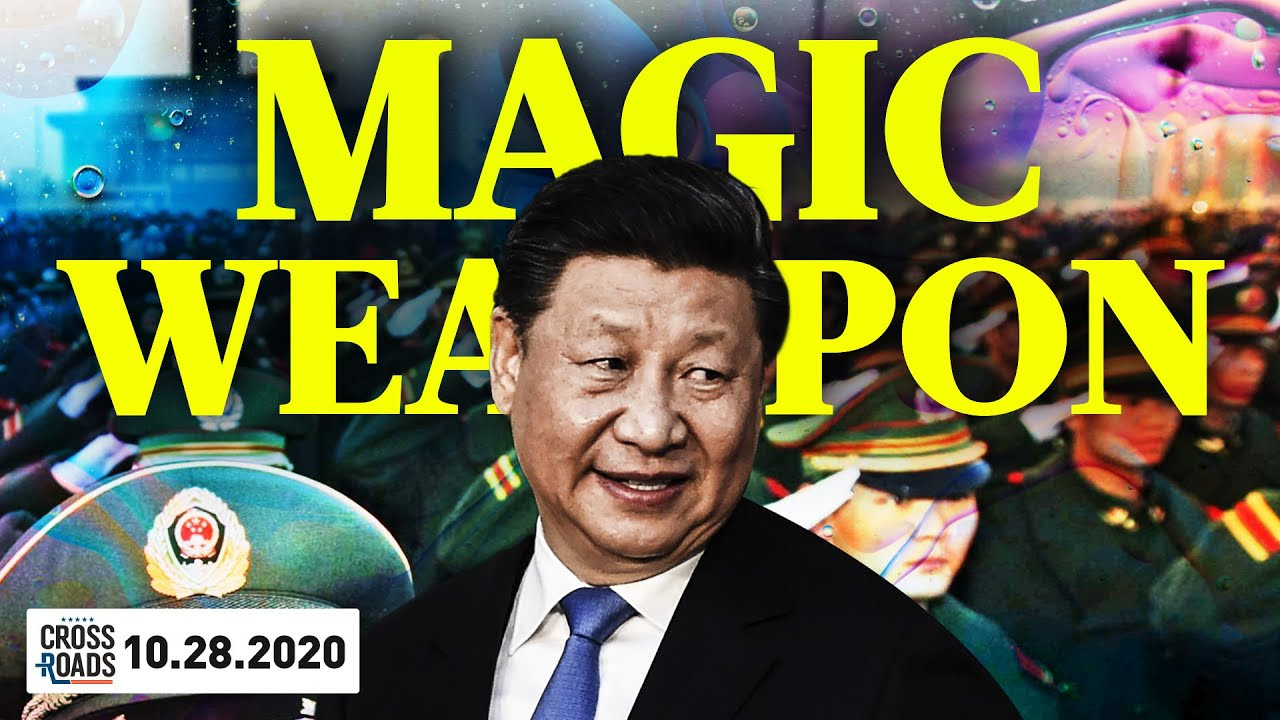 US Should Proceed with Caution on Faction Leaks


China expert, Joshua Philipp weighs in on the “Laptop from Hell”, which is actually multiple hard drives coming from three sources:
1. The laptop and hard drive left behind at a repair shop in Delaware by Hunter Biden;
2. Three hard drives reported by LudeMedia to have been delivered to the DOJ by the Jiang faction of the CCP; and
3. Hard drives allegedly held by Chinese dissident billionaire, Miles Guo, whose lurid contents are being dripped out by the hour on his websites, GNews.org and GTV.org.
Philipp cites the analysis of Epoch Times contributor, Dr Yo Chun, a former speechwriter for Wei Jianxing, a senior member of the CCP during the 1980s and 1990s, whose background gives him unique insights into the three hard drives allegedly provided to the Trump administration and the DOJ by the Jiang faction.
He says, “The big question here though, is: Why Jiang, Zeng and Meng would have interest in passing evidence to the Trump administration, given they’re some of the top players in the Jiang faction in China? And they’re by no means a positive force [Jiang Zemin single-handedly spearheaded the persecution of Falun Gong practitioners starting in 1999]…
“The most likely reason is they believe Trump is going to win against Biden and so they’re attempting to capitalize on this, both to curry favor with Trump in his second term and to launch their own attacks against Xi Jinping, who leads their main rival faction in China.
“Dr Yo Chun…writes in the analysis that another key figure in the incident is Che Feng, who Hunter Biden also has a close relationship with.
“Che Feng is the son-in-law of Dai Xianglong, the former Governor of the People’s Bank of China and every time Hunter goes to Beijing, he allegedly contacts Che Feng and stays at the Courtyard, at Number 11, Pangu Daguanyuan [aka Pangu Plaza]. The hard drive allegedly contains obscene videos and photos of two men there.”
“Trump lawyer, Rudy Giuliani, who received similar files on Hunter Biden through a laptop hard drive, is also alleging there are many photos and videos of Hunter with Chinese girls, many of whom appear to be underage.
“There are also the hard drives allegedly held by exiled Chinese billionaire, Guo Wengui [aka Miles Guo], as well as information emails and documents being released by former business associates of Hunter Biden, all of which are exposing similar information through different channels, as well as allegations of Hunter using the position of Joe Biden when he was Vice President in the Obama administration to make some of these deals.
“It appears that Jiang and his faction have taken the leaks as an opportunity, seeing how many different people are leaking information on Joe Biden and Hunter Biden and they’re using this, again to capitalize, to gain their own favor and in their political battles, as well taking place behind the scenes in China.
“The Jiang faction and the Xi faction are the two main political factors in China, fighting for control of the country. Now for them, this is likely strategic.
“The Chinese Communist Party is led by Xi Jinping. And the Xi faction, again is the main rival faction of the Jiang faction, Jiang being two leaders ago: Jiang Zemin, Hu Jintao, Xi Jinping. The Chinese Communist Party stays the Chinese Communist Party, regardless of who’s in power. The target, the main issue in China is the Chinese Communist Party, not the leading faction of it.
“It’s unclear whether the Trump administration plans to do anything with these hard drives provided by the Jiang faction but they should become aware, if this is true of what the Jiang faction may be using it for.
“The Chinese Communist Party has files like this on many different public leaders. One of the main Chinese Communist Party programs exposed by Guo Wengui [Miles Guo] is the manipulation of them through money, through personal interest and through sex and honey traps.
“They use programs like this to get people into their system and then create blackmail material to keep them in their system. The Chinese Communist Party does this as one of its main roads for espionage and one of its main roads for foreign influence and control.
“The Chinese Communist Party very likely could do this to a whole lot of people if it wanted to and the CCP strategically releasing this at this time is very likely not because they would do it normally but because they see this information coming out anyways and the Jiang faction, in particular sees it as an opportunity, given that it’s coming out…to release its own information, to curry favor at a key time.”
***
Joshua refers to the iconic building complex called Pangu Plaza that has a 7-star hotel where Hunter used to stay in Beijing and party with the son-in-law of the former Governor of the People’s Bank of China, Che Feng.
As it happens, Pangu Plaza was built and owned by Chinese dissident billionaire, Miles Guo before he fled to the US from Xi Jinping’s corruption purge in 2014. The complex was seized by his creditors and sold at auction last year for less than half the price of surrounding real estate.
In 2016, Xi’s purge brought down Guo’s associate, Ma Jian, head of China’s counter-espionage operations targeting foreigners. Ma is currently serving a life sentence in prison for insider trading and for taking bribes – mostly from Miles Guo.
It’s likely that Ma was the source of Guo’s Hunter Biden files currently being leaked on his websites.