OUT OF MIND » BREAKING NEWS & HOT TOPICS » THE GREAT DIE OFF » Pfizer Inc. Wins COVID Vaccine Race? Hundreds of Millions of Doses Expected to be Ready Within Weeks

Pfizer Inc. Wins COVID Vaccine Race? Hundreds of Millions of Doses Expected to be Ready Within Weeks Wed Nov 11, 2020 10:46 am 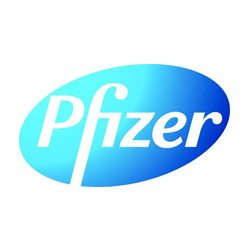 Pfizer World Headquarters in Manhattan, New York. Image Source.
by Brian Shilhavy
Editor, Health Impact News
Apparently beating out several competitors that earlier in the year were considered favorites to get the first COVID vaccine to market for distribution in the United States, dark horse favorite Pfizer Inc. seems to be the clear winner, announcing this week that their COVID vaccine is “90% effective,” and that hundreds of millions of doses would be distributed before the end of 2020, pending an FDA emergency use authorization (EUA).
Of course for those of us who do not follow the propaganda media, and understand that there is not even an accurate test for COVID currently in the market, the question that begs to be answered is:
Effective for what?
It was announced back in June that Pfizer was one of the finalists in President Trump’s Operation Warp Speed program, along with AstraZeneca, Merck, Johnson & Johnson and Moderna. See:

Should we trust Pfizer’s claims?
Do you trust criminal organizations? Because that’s what Pfizer is. In fact, they may very well be the largest criminal organization in world.
In 2009 they reached a fraud settlement with the U.S. Department of Justice for $2.3 BILLION, the largest ever fraud settlement in the history of the DOJ at that time. (Source.)
Since then, they have faced numerous other criminal investigations, the most recent one being reported just yesterday, November 10, 2020, with the foreign corruption units at the U.S. Securities and Exchange Commission (SEC) and the Department of Justice (DOJ) looking into their activities in China and Russia.
Angus Liu, writing for FiercePharma, reports:

The foreign corruption units at the U.S. Securities and Exchange Commission (SEC) and the Department of Justice (DOJ) are looking into Pfizer’s activities in China and Russia, the drugmaker said in a quarterly securities filing (PDF).
The requests from the two agencies on China came recently in June and August, while the Russian ones arrived last year and have been disclosed in previous reports. “We are producing records pursuant to these requests,” Pfizer said in the document.
Both probes fall under the Foreign Corrupt Practices Act (FCPA), which forbids U.S. firms and individuals from bribing foreign government officials to benefit their businesses.
Pfizer knows too well what that law means. In August 2012, the company agreed to pay over $60 million to settle charges by the DOJ and SEC for allegedly violating the FCPA. At the time, the company was accused of paying foreign officials to facilitate drug and formulary approvals, as well as increasing sales in eight countries including China and Russia.
In China, for example, Pfizer invited “high-prescribing doctors” in the Chinese government system to fancy meetings that included recreational activities. Various point programs were created, under which government doctors could accumulate points to redeem gifts, according to the SEC’s complaint back then. (Full article here.)

Health Impact News also reported back in July of this year (2020) that former FDA Director Scott Gottlieb now sits on the Board of Directors for Pfizer.
Could Gottlieb’s presence at the criminal Pfizer company have anything to do with receiving $1.95 BILLION from Trump’s Operation Warp Speed, and their announcement this week that their COVID vaccine is more effective than its competitors?
It is very unlikely that Merck, AZ, J&J and Moderna are just going to sit back and let Pfizer dominate this new, lucrative COVID vaccine market. Look for similar press releases from those companies very soon, touting how effective their vaccines are as well, as they look to get their piece of the pie.
Pfizer’s stock has already soared, and market analysis is now predicting that due to this announcement their sales will now reach $258 million in the fourth quarter of 2020, with sales in 2021 expected to reach $4.6 BILLION. (Source.)
All of these companies have already received BILLIONS through Operation Warp Speed, so they will ALL come out ahead financially no matter what happens.
The real losers will be the citizens of the U.S. and other countries who receive these vaccines.
Boris Johnson announced today that the U.K. will also purchase 40 million doses of Pfizer’s vaccine, to be injected into one third of the U.K. population.
Listen to Polly Tomney‘s update:

OUT OF MIND » BREAKING NEWS & HOT TOPICS » THE GREAT DIE OFF » Pfizer Inc. Wins COVID Vaccine Race? Hundreds of Millions of Doses Expected to be Ready Within Weeks