OUT OF MIND » THE INSANITY OF REALITY » GOVERNMENTS & THE NEW WORLD ORDER » No Truth, No Unity!

No Truth, No Unity! 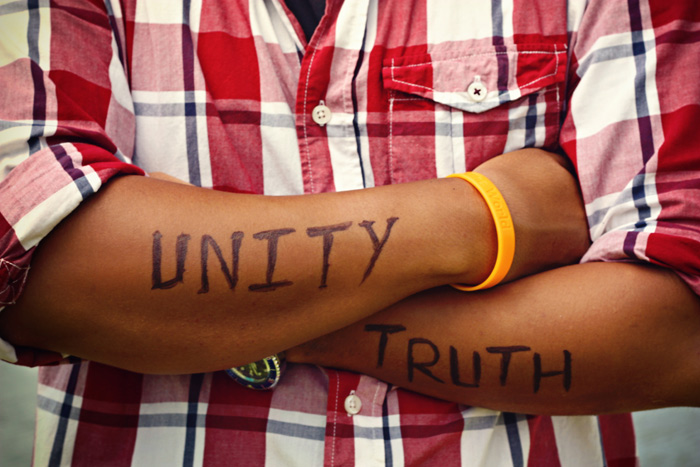 Source: Steve Matteucci
The Democrats live in a fantasy world. It’s a world in which higher taxes create jobs and prosperity, a world where central control of complex systems produces efficiency, a world where groveling weakness results in international respect and peace. To those old and longstanding fantasies, they’ve added a couple of new ones: a world in which they can sow discord and division and reap acceptance and unity, and a world where the lies they tell will be trusted as the truth.
After refusing to accept the results of the 2016 presidential election and throwing a four-year temper tantrum, they’re now calling on the county to accept the results of the 2020 presidential election and come together as a country. On top of that they want us all to regard as true the results of an election they have worked so hard to steal.
I know, there’s no evidence of widespread fraud in this election. I’ve been hearing that since the idea to send out millions of unsolicited ballots was first floated as a way to get out the vote during our pandemic. This is a great line, by the way, and one that Republicans have fallen for throughout the election season.
In order to undermine this election, the Dems say, you have to produce evidence that legal votes were changed or that illegal votes were cast. That sounds reasonable until you realize that the evidence they seek isn’t a rational statistical analysis, but a video or a confession. Failure to produce that kind of evidence becomes irrefutable proof that no crime has been committed. On top of that, you also have to show that an organization engaged in this activity across the entire country.
With this as the standard of proof, all evidence of individual instances of fraudulent activity can be dismissed. “Those are merely anecdotal reports! They don’t prove widespread fraud!”
As usual, the media (including Fox News) accepts the Democrats’ premise and lays the burden of proof on the Republicans alleging fraud and, as usual, the Republicans accept that burden and try to defend their assertion that the election was stolen away from President Trump.

Report this ad
An election isn’t fraudulent only when a widespread conspiracy to alter the results is uncovered. An election is fraudulent when all safeguards ensuring election integrity are taken away. We don’t need video of harvesters changing votes and we don’t need to publish the organizational chart of the conspirators identifying the members of the gang and their areas of responsibility. We only have to ask a few questions, questions the Democrats must answer if they want us to accept Joe Biden as the president of the United States.

Why should anyone accept the results of an election when those responsible for the integrity of the election are not even asked these questions, let alone forced to answer them? Notice also that, by making integrity the issue instead of fraud, the burden of proof has shifted from the Republicans to the Democrats. I say the burden of proof is on the Democrats (instead of on some neutral body) for three reasons:
First, Democrats have spent years undermining election integrity by calling voter ID requirements racist, pushing for easy registration without proof of even citizenship, and allowing ballot harvesting.
Second, Democrats have shut down their states in response to the pandemic and then pushed for widespread, unsolicited mailing of ballots to people who they scared into staying inside.
Third, of the eight states that will decide this election (AZ, GA, MI, MN, NV, PA, NC, and WI), six of them have Democrat Secretaries of State, an office targeted by Democrats specifically to ensure that close elections would tip their way.

Report this ad
When Republicans ask these questions, we’re not refusing to accept the results of the election or resisting the peaceful transfer of power. That’s what Democrats do. Do you realize that the last two duly elected Republican presidents have been deemed illegitimate by the Democrat party? George W. Bush wasn’t voted by the people, we’re told, he was installed by the Supreme Court. President Trump’s election in 2016 wasn’t legitimate because Hillary Clinton’s campaign accused him of colluding with the Russians. How ironic that the media insisted that President Trump accept the results of this election over and over and over again but never asked a single Democrat about this even once. It’s almost like they’re both in this together.
When we ask the five questions I laid out above, what we’re really doing is ensuring that the election had integrity so that no cloud hangs over the next four years, whoever the President happens to be. We want to make sure that every vote counted is a legitimate vote, not merely a piece of paper with someone’s name on it. Once we’re provided with proof of this kind of integrity, we’ll accept the results of the election and, if necessary, support the peaceful transfer of power. We won’t riot, we won’t loot stores, we won’t burn down police stations. If the Democrats responsible cannot provide this proof, then they need to put on their big boy pants and understand that they do not have the support of the over 70 million Americans whose votes they stole. There can be no unity when there’s no trust and there can be no trust when those who have lied to us for decades now insist they’re telling the truth.
Stop looking for election fraud and start insisting on election integrity. Our rallying cry is simple: No truth, no unity.

OUT OF MIND » THE INSANITY OF REALITY » GOVERNMENTS & THE NEW WORLD ORDER » No Truth, No Unity!

» IT IS NO WONDER WE CAN’T CREATE A UNITY CONSCIOUSNESS, WE’RE TOTALLY FRACTURED IN THE TRUTH MOVEMENT
» Biden’s ‘Unity’… By War?
» IFM? Unity Collective? Federal Reserve? Sovereign Citizen Scams? Whats The Truth?
» Unity and Service
» “Unity! Unite! Do It NOW! NOW!” Think About It First