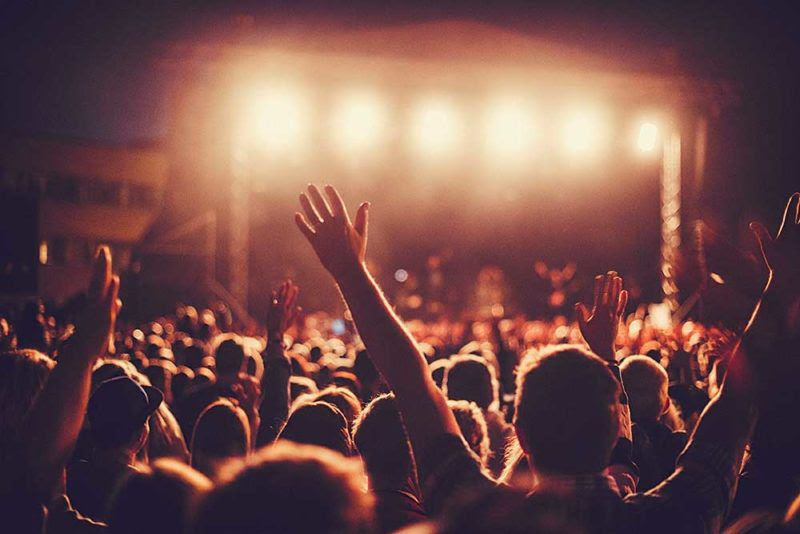 Source: Niamh Harris
Ticketmaster could allow venues to ask people to prove they’ve had the coronavirus vaccine or a negative test result in order to attend sports events and concerts when they return.
Ticketmaster, nation’s largest online ticket-selling service, is working to develop multi-step guidelines for how fans can purchase tickets when concerts and festivals return, possibly as soon as summer and fall 2021
According to Billboard, Ticketmaster is devleoping a new purchasing system that would include customers joining third party heath tracking services before being allowed to purchase a ticket to a concert, movie, or other event.
New York Post reports: The plan, which is still being ironed out, will utilize three separate components, including the California-based company’s digital ticketing app, third-party health information firms like CLEAR Health Pass and testing/vaccination distributors like Labcorp or CVS Minute Clinic.
Ticketmaster will reportedly not store or access medical records under the plan. If approved, fans would need to verify that they’ve either already been vaccinated or have tested negative as recently as 24 hours prior to the show.
Concert-goers would then instruct a lab to send over test results to companies like CLEAR Health Pass or IBM’s Digital Health Pass, which would verify the fan’s status to Ticketmaster. Anyone who tests positive or doesn’t get screened won’t be granted access to the event venue, Billboard reported.
The digital ticketing app will also eliminate the need for paper tickets and can be prohibited from being resold, according to the report.
The announcement comes just two days after Pfizer said results from a Phase 3 trial shows its vaccine candidate is more than 90 percent effective, or far more successful than the seasonal flu shot — which had an efficacy rate of 29 percent during the 2018-19 flu season, according to Centers for Disease and Control statistics.

Report this ad
Ticketmaster president Mark Yovich told Billboard he expects demand for digital screening services to skyrocket once a vaccination is ultimately approved and distributed.
“We’re already seeing many third-party health care providers prepare to handle the vetting — whether that is getting a vaccine, taking a test or other methods of review and approval — which could then be linked via a digital ticket so everyone entering the event is verified,” Yovich said.
Pfizer and German biotech firm BioNTech announced Monday that they expect to produce up to 50 million doses of its vaccine candidate — BNT162b2 — for global distribution by the end of 2020 and as many as 1.3 billion doses next year.

» Ticketmaster Developing Plans To Require Negative COVID Test Or Vaccine To Attend Events
» Millionaire journalist offers $1.7 million to anyone who can prove the coronavirus can cause disease
» Germany’s Top Hospital: Half a Million Germans Experienced Serious Adverse Events after COVID-19 Vaccination
» Ritual Humiliation in Germany: Kids are Forced to go to Front of Class and State Their Vaccination Status – the Vaccinated are Applauded
» Hundreds of Florida Residents Report Side Effects Following Wuhan Coronavirus Vaccination