The US Military Has Raided And Seized Servers In Germany Tied To The Dominion Election System Sat Nov 14, 2020 12:11 pm 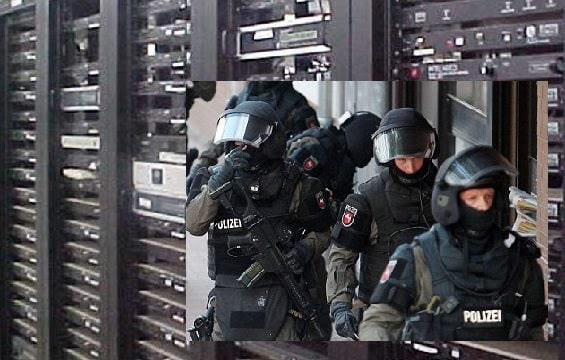 Source: Jim Hoft
Earlier today Rep. Louie Gohmert told Chris Galcedo on Newsmax that people on the ground in Germany report that Scytl, which hosted  elections data Improperly through Spain, was raided by a large US ARMY force and their servers were seized in Frankfurt.
The video went viral.
Andrea Widburg at American Thinker earlier reported that Scytl is a Barcelona-based company that provides electronic voting systems worldwide, many of which have proven vulnerable to electronic manipulation.  Scytl has (or had) Soros and Democrat party connections.  Microsoft co-founder Paul Allen’s Vulcan Capital has invested $40 million in Scytl.
Tonight we learned from our source that Bill Gates also owns stock in Scytl.
Here is what Rep. Louie Gohmert (R-TX) had to say about this alleged raid earlier today.

Tonight we heard more from our source on this raid in Germany.

From our source: The US government, once they determined that this Dominion server was involved in switching votes, then the intelligence community began a search for the server and discovered that the server was in Germany. In order to get access to that server and have it available for use in a legal manner they had to have the State Department work in tandem with the Department of Justice. They had to request that the government of Germany cooperate in allowing this seizure of this server.
The appropriate documents required to affect that kind of seizure were put in place, signed off on, and it appears there was also US military support in this operation. The US military was not in the lead. But this helps explain why Esper was fired and Miller and Kash Patel were put in place — so that the military would not interfere with the operation in any way.
By getting ahold of the server they now are going to have the direct evidence of when they were instructed to stop counting. They will also discover who gave the direction to stop counting and who initiated the algorithm that started switching votes. The CIA was completely excluded from this operation.

Re: The US Military Has Raided And Seized Servers In Germany Tied To The Dominion Election System Sun Nov 15, 2020 7:28 am

November 13, 2020 | General
Following several erroneous statements that have been published in digital and social media, Scytl would like to clarify the following: