OUT OF MIND » THE INSANITY OF REALITY » GOVERNMENTS & THE NEW WORLD ORDER » How Much Fraud Could There Be?

How Much Fraud Could There Be?

Source: Anthony J. Ciani
Many have dismissed election fraud based on claims that there is no fraud, that the amount is small and incapable of changing results, and that the amount required to change results would necessitate an easily discovered coordinated effort.  Three months ago, these same people claimed that President Trump would steal the election through fraud.  They produced nothing to back their assertions, but they could have made estimates to show the minimal capacity for fraud.  How much fraud could there be, and can it be corrected before the vote is certified?
If election officials are in on the fraud, as the news about Dominion and the exposed shenanigans imply, it could be so extreme that 90 of 100 people vote for Trump and 100 votes are certified for Biden.  There would be 90 angry people saying, “I voted for Trump,” but fraud committed by election officials is almost impossible to correct.  The FBI has election crimes branches in all of its offices, but as Richard Pilger lamented, had a 40-year-old policy of investigating fraud after certification.  Attorney General William Barr recently changed that policy, but probably too little too late.
Corrupt elections are eventually audited, forensically investigated, and proven, and people go to jail.  I have heard dozens of retired Chicago employees brag about their role in frauding Kennedy into the presidency.  The subsequent indictment of 677 officials adds credibility to their claims.  Chicago saw 100,000 fraudulent votes fabricated in the 1982 Illinois elections, thanks again to corrupt election officials who went to jail.  Philadelphia, presently at the center of attention, also has its share of corrupt election officials.
Dominion’s systems could turn even honest election officials into unknowing fraudsters.  What kind of election software offers the ability to algorithmically alter votes [url=https://sos.ga.gov/admin/files/Dominion RFI_No Redactions.pdf]as a feature[/url]?  It is a part of the auditing and testing system, but could easily be abused or misused.  And the Adjudication Module lets a “team” decide the voter’s intent.  We’re still at hanging chads?  What kind of election equipment company is named Dominion?

But what if the election officials were honest and Dominion free, and the fraud had to pass casual muster following proper procedure?
Impersonation
Walk sheets direct campaign workers to the homes of strong party supporters and regular voters, and contain the names, ages, phone numbers, addresses, party affiliations and voting histories of every registered voter.  This information is publicly accessible, available for purchase or obtained through campaigns.
Impersonation is one easy way to fraud.  I have heard a few stories from election judges who encountered impersonators.  Estimating a half hour to travel to a different polling place and vote, a fraudster could cast 24 votes on election day, with no need for fake ID.  Under the rules of many states, the fraudster walks in, proclaims their assumed name, scribbles and votes.  On the rare occasion that the signature is challenged, the fraudster bails.  Hitting 10 early voting locations every day, one fraudster might add another 300 to 400 undetectable votes.
Every year about 10% of people move, and about 16% of those move to another state, so playing the averages, about 3.2% of last elections’ voters will have moved away and are likely still registered, and it accumulates, and it shows in the walk sheets.  The fraudsters cross-reference the voting history lists and moving lists.  There are plenty of stale voters, enough that over 3% of the vote could be fraudulent through impersonation at the polling place.  A crew of 10 fraudsters could cast 4,000 ballots in a single county.
Three counties of 10-person crews impersonating voters, and Biden wins Georgia and Wisconsin.  Apart from fraud, impersonation also exposes innocent people to potential prosecution for double-voting.
Double-voting
Voters can take the fraud into their own hands by casting mail-in or absentee ballots where they have previously lived.  Forensic audits reveal low amounts of it, maybe 1 in 4,000 votes, a few thousand across a large state.  Double-voting depends strongly on the ethics and motivations of the fraudster, tempered by fear of prosecution after being caught in routine audits.  With Trump, motivation was likely strong.
Mail fraud — Interception


The most vulnerable part of our election system is the mailed ballot.  The signed outer envelope has almost no security to protect the ballot inside, and there is no security to protect the envelope in its voyage.  There are many ways to commit fraud with mailed ballots.  Imagine a fraudster calling ahead with a message like, “Hi, this is Mike with the Lehigh County Republicans.  Don’t trust the Post Office with your ballot.  This Wednesday, we will be in your neighborhood between 1 and 3 to collect ballots and make sure they are counted.”  Ever the dutiful Republican, your 80-year-old mother fills out her ballot and Mike shows up at her door, just as promised.  Working with a driver, three minutes per stop, up to 20 or more ballots per hour, 160 per day, up to 6400 strong Republican ballots disposed of throughout the mail voting period.  A crew of amateurs did 900 in a week.


Mail fraud — Flipping
But instead of disposing of those Republican ballots, the envelopes can be steamed open and the ballots replaced with Democrat ballots.  Steaming and stuffing an envelope might take about five minutes, so add one more person and 100 ballots are flipped per day, 4000 flipped during mail voting.  A three-person crew eliminates 6400 Trump ballots and gives Biden 4000, a 10,400 ballot swing.  If the driver and collector put in some extra hours to steam ballots, all 6400 could be flipped to yield a 12,800 ballot swing, with just three people and a robocall.
Restoring the election
Apart from punishing corruption months or years later, when against corrupt officials there appears little to do.  Despite apparently losing the election, was Kennedy removed from office and Nixon sworn in?  There is hope for Trump, but the courts must act uncharacteristically aggressively toward election fraud, ordering forensic inspections and audits at even the appearance of fraud.
Impersonation and double-voting can be detected through auditing, but those ballots are mixed in the box, identical to the others.  Some states may have ways to filter them, assuming they are discovered before certification.
Intercepted ballots are gone.  Ten people vanish 50,000 Trump votes.  Biden wins.  Get over it.  Even if people report, “these guys pretended to be Republicans and took my ballot,” there is no replacement ballot.  Flipped ballots are likely unofficial copies and might be forensically detected, if a court orders it.  If Trump is only 40,000 votes down and there are 200,000 fake Biden ballots (from a crew of 48 people), catching a fifth of those would change the result.  Hopefully, where the election officials stayed open late behind closed doors to receive fake ballots, the courts will order a forensic inspection prior to certification.
The Democrat and media assertions are bunk.  Fraud occurs on scales that easily change outcomes and involves conspiracies that are discovered.  In 2020, there are dozens of potentially corrupt jurisdictions that have acted suspiciously, and dozens of other unconfirmed allegations, and any one of them could significantly change the result. 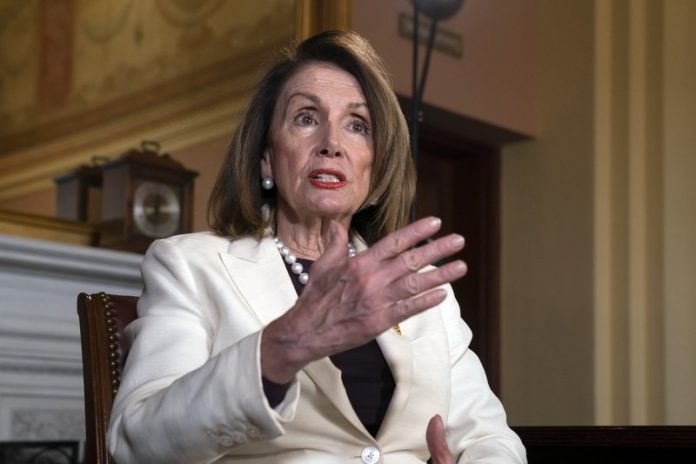 Bartiromo shared the following about the firm that runs the application used in Michigan where thousands of Trump votes were switched to Joe Biden
Maria Bartiromo: I’ve also seen reports that Nancy Pelosi’s longtime Chief of Staff is a key executive of that company. Richard Bloom, Senator Feinstein’s husband is a significant shareholder of this company.
Will this be part of president trump’s legal team’s argument against the validity of the 2020 election? This is a proof-positive conflict of interest.
Sidney Powell claims her investigative team has identified 450,000 ballots in battleground states that cast a vote only for Biden, with no other candidates voted down the ticket.

Here are two key clips from this bombshell interview

OUT OF MIND » THE INSANITY OF REALITY » GOVERNMENTS & THE NEW WORLD ORDER » How Much Fraud Could There Be?