REUTERS/Kevin Lamarque
Saying he would personally take a coronavirus vaccine if Dr. Anthony Fauci and its makers told him it was safe, Democrat Joe Biden claimed the only reason Americans would distrust the jab is – President Donald Trump.
“I wouldn’t hesitate to get the vaccine, if in fact Dr. Fauci [and Moderna or Pfizer] conclude it’s safe,” Biden said on Monday in Wilmington, Delaware, addressing the media who have anointed him president-elect.
Pfizer announced a “90 percent effective” jab last week, followed by Moderna’s announcement earlier on Monday of a “94.5 percent” effective vaccine.
“Look, the only reason people question the vaccine now is because of Donald Trump!” Biden told reporters. “Because all the things he says or doesn’t say, whether it’s truthful or not truthful, the exaggerations…” 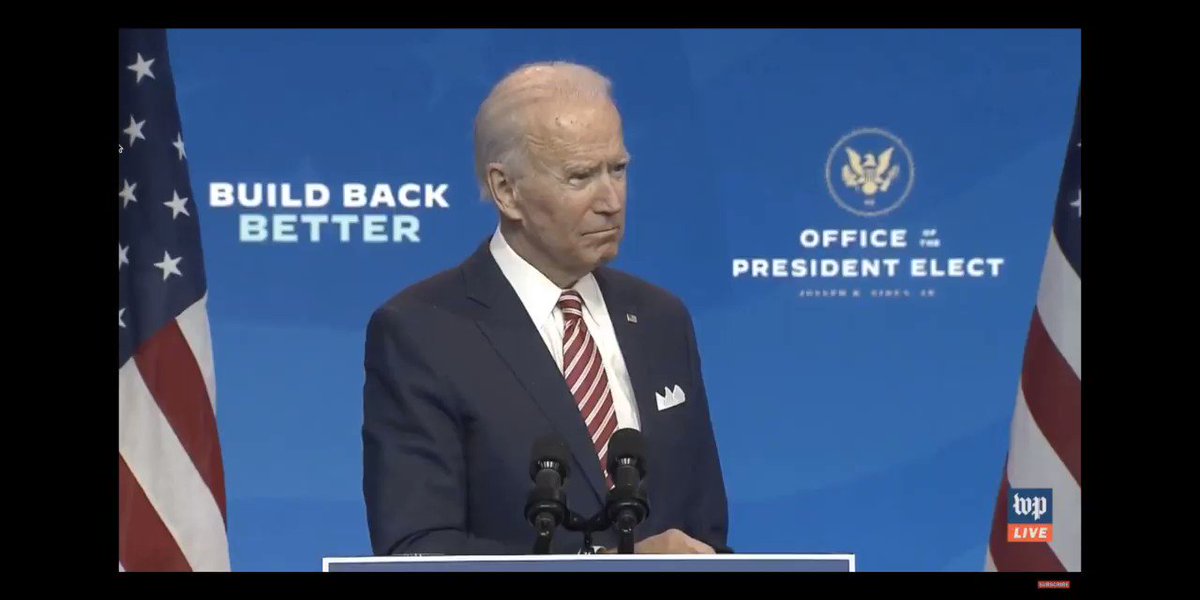 None of the reporters would point out that Biden himself, as well as some Democrat governors – such as New York’s Andrew Cuomo – had in fact questioned any vaccine produced under Trump’s Operation Warp Speed as potentially unsafe. Cuomo had said publicly he “can’t let this vaccination plan go forward the way the Trump administration is designing it.”
Fauci, who has led the National Institute of Allergy and Infectious Diseases since 1984, has become a polarizing figure in American politics over the course of the pandemic. Trump and the Republicans have criticized his constant presence in the media, while Biden and the Democrats embraced him as the authority on the virus.
On Sunday, Fauci told CNN that even with the vaccine, people should “not abandon all public health measures” such as universal masking, social distancing, hand-washing and avoiding crowds, because “you don’t necessarily know, for you, how effective [the vaccine] is.”
While praising Fauci, Biden took aim at Dr. Scott Atlas, another member of Trump’s Covid-19 task force. Over the weekend, Atlas commented on the Michigan Governor Gretchen Whitmer, a Democrat, announcing a new lockdown by saying “The only way this stops is if people rise up. You get what you accept.”
“What the hell is the matter with these guys?” said Biden, describing Atlas’s call to “resist” [sic] as “totally irresponsible.” He praised those Republican governors – such as Ohio, Utah and North Dakota – who also imposed masks and lockdowns, along with “all Democrats who’ve been doing this all along.”
Dodging questions about another lockdown by pointing out he wasn’t in office yet, Biden did say that “health experts” told him the upcoming Thanksgiving gatherings should be limited to no more than ten people inside a house, “socially distanced, wearing masks” and quarantining beforehand. Doing so, he said, would make sure “we’ll be able to be together next Thanksgiving, next Christmas.”
“It’s an international health crisis. We’re at war with the virus, and it’s a war, for real,” he said.
Earlier, Biden blasted Trump for not conceding the election and allowing his transition team access to a budget and briefings, saying that “more people may die if we don’t coordinate.”
via Biden says ‘ONLY REASON’ Americans question Covid-19 vaccines is Trump — RT USA News