OUT OF MIND » THE INSANITY OF REALITY » GOVERNMENTS & THE NEW WORLD ORDER » THE KRAKENING! 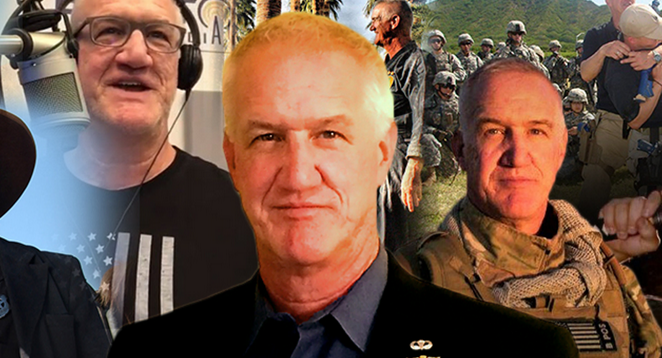 As if we weren’t already living in a vortex of extreme novelty, it appears that events are about to be kicked up a notch.
On Wednesday, the new Acting Secretary of Defense, Chris Miller announced, “I have directed the Special Operations civilian leadership to report directly to me, instead of through the current bureaucratic channels.”
Special Operations Command will thereby evade the warmongering, corrupt elements within the Pentagon and report directly to the White House.
Miller has replaced swampy Globalist, Mark Esper, who was fired last week.
Also present at the press conference was the elusive 34-year-old Ezra Cohen-Watnick, newly elevated as Under Secretary of Defense for Intelligence, who made a brief statement.
It’s becoming increasingly accepted that Cohen-Watnick is the main person behind Q, in addition to being the operator of several since-suspended Twitter accounts, @EyeTheSpy, @ECW, @EACW, @ETheFriend, @ETheServant, etc. I guess you could call it a soft reveal, as he’s kind of been saying it all along, despite many self-annointed Q decoders calling him a LARP.
As for the Special Forces raid in Germany last week, Trump Recount Committee staffer, Brian Trascher confirmed to Newsmax on Wednesday night that raw voting data had been recovered from Dominion servers in Germany and that, “What will come out is going to shake the Globalists to their core.”
On this same topic, journalist, Paul Furber has a source on the chans who has proven to be very accurate, even though he goes by the ridiculous handle, “BigDickAnon”. Furber tweeted, “I asked him whether the CIA were running the Dominion vote servers out of Germany. ‘Yep. CIA and elements of the CCP.'”
Isn’t that special?

Meanwhile, Super Lawyer, Lin Wood, representing the Trump campaign in several states told the radio host of the Howie Carr Show that, “Evidence will be put out…there was a concerted…effort to steal our government, our freedom…In the process, the record will show they, themselves, killed many people in this country. These people are despicable; they’re criminals.”
Jeffrey Prather, in what he describes as his most important podcast yet addresses all of the topics above and more:
“I’m a retired SOCOM soldier, DIA intelligence-collector, an ex-DEA Special Agent, targeted by the Deep State and turned whistleblower. Now, your intelligence officer, repurposed as chaplain, teacher, leader and truth-teller. New mission: restore our fallen republic. Objective: defeat the Deep State. Means: expose fake news. Tools: truth, discernment and free will.
“Dear Deep State Dems, Antifa, BLM, RINOs and assorted traitors and enemies, foreign and domestic: your masks won’t silence us, your shutdowns won’t stop us, your riots don’t scare us.
“You’re not as disciplined as the British, you’re not as organized as the Nazis you’re not as fierce as the Japanese, you’re not as brutal as ISIS – and we beat them all. You’re next.”

OUT OF MIND » THE INSANITY OF REALITY » GOVERNMENTS & THE NEW WORLD ORDER » THE KRAKENING!